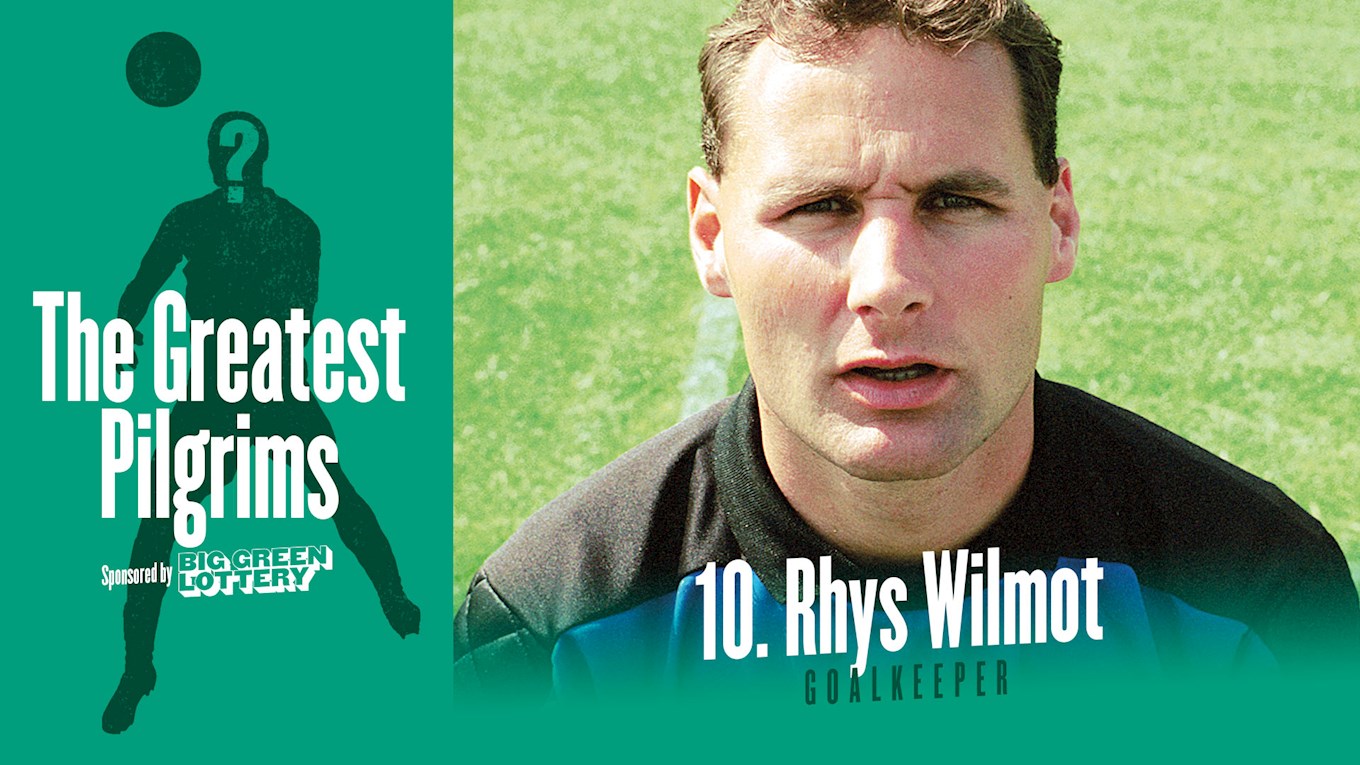 We enter the top ten of your greatest ever goalkeepers with a player who now plays a role in passing down his knowledge to the next generation of Argyle custodians.

Rhys Wilmot graduated through the Academy at Arsenal and spent a decade as understudy to the likes of Pat Jennings and John Lukic, enjoying loan spells at Hereford, Leyton Orient and Swansea before signing with Argyle in 1989.

The Welsh custodian immediately found his feet at Home Park and Wilmot settled in as a fantastic goalkeeper for the Pilgrims over the course of three impressive seasons. His time at Argyle arguably would have lasted a lot longer but the arrival of England legend Peter Shilton as player-manager harshly demoted Wilmot to the bench.

He was eventually sold to Grimsby and later played for Crystal Palace and Torquay before working with the Police. Rhys also worked as a coach with the Argyle Academy and currently acts as goalkeeping coach for the first-team and junior sides at Home Park.

A top goalkeeper who deserves his place at number ten in your list of greatest Pilgrim goalkeepers. 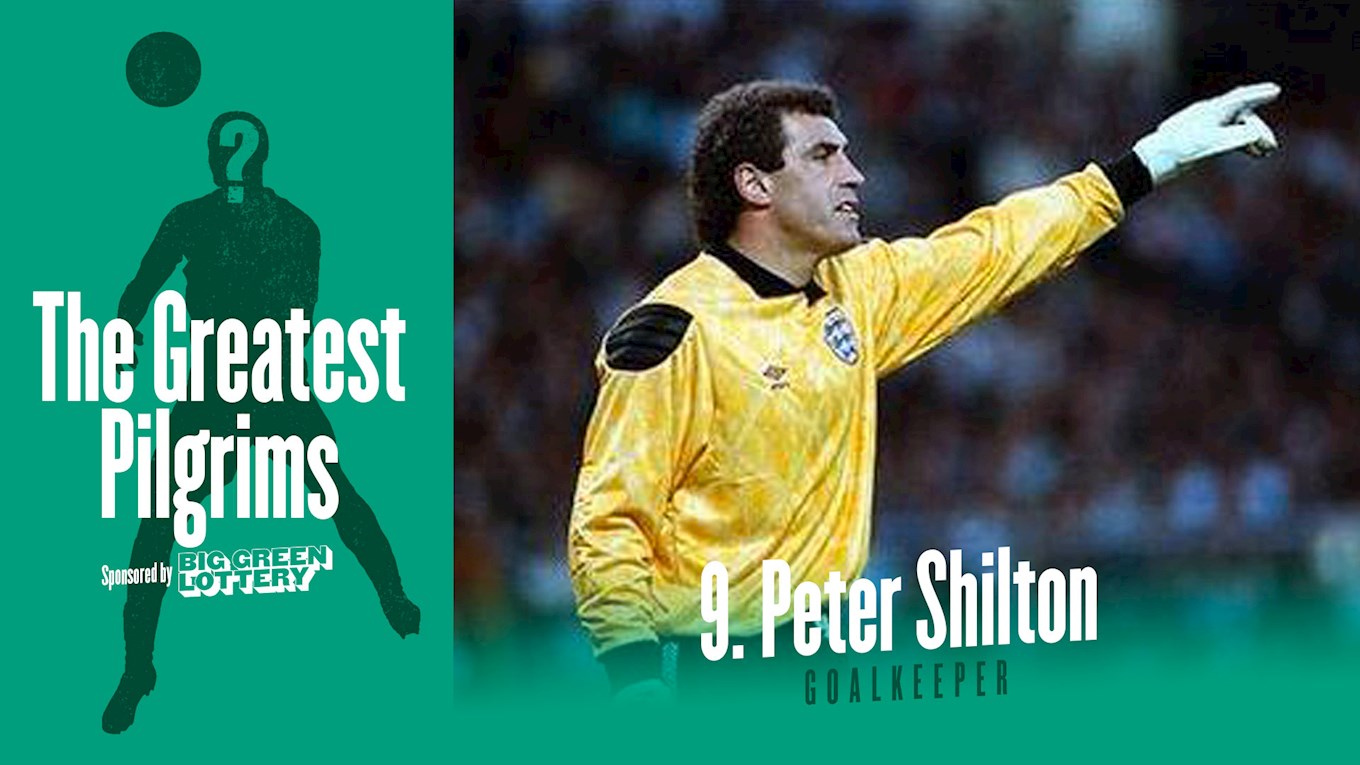 When Peter Shilton arrived at Home Park as player-manager in 1992, he had already enjoyed a wonderful career lasting more than 25 years and remains the all-time record appearance holder for England, with an incredible 125 international caps.

A football legend, Shilton had played for Leicester, Stoke, Nottingham Forest, Southampton and Derby before arriving in Devon, where he combined management with the desire to exceed 1,000 league appearances.

Despite being 42 years-old, Shilton had the experience and talent of an extraordinary career on the global stage. His reflexes remained as sharp as ever and the Green Army were instantly won over by the brilliance of their manager as a goalkeeper.

Having played with some of the greatest players in English football, Shilts occasionally found it difficult to work with lower league footballers but did more than enough in his time as a Pilgrim to show why he was such a legend.

When Shilton left as manager in 1995, he went back to playing at Leyton Orient and reached the 1,000 games. There is little doubt Peter Shilton is the most decorated international player to ever represent our great club. 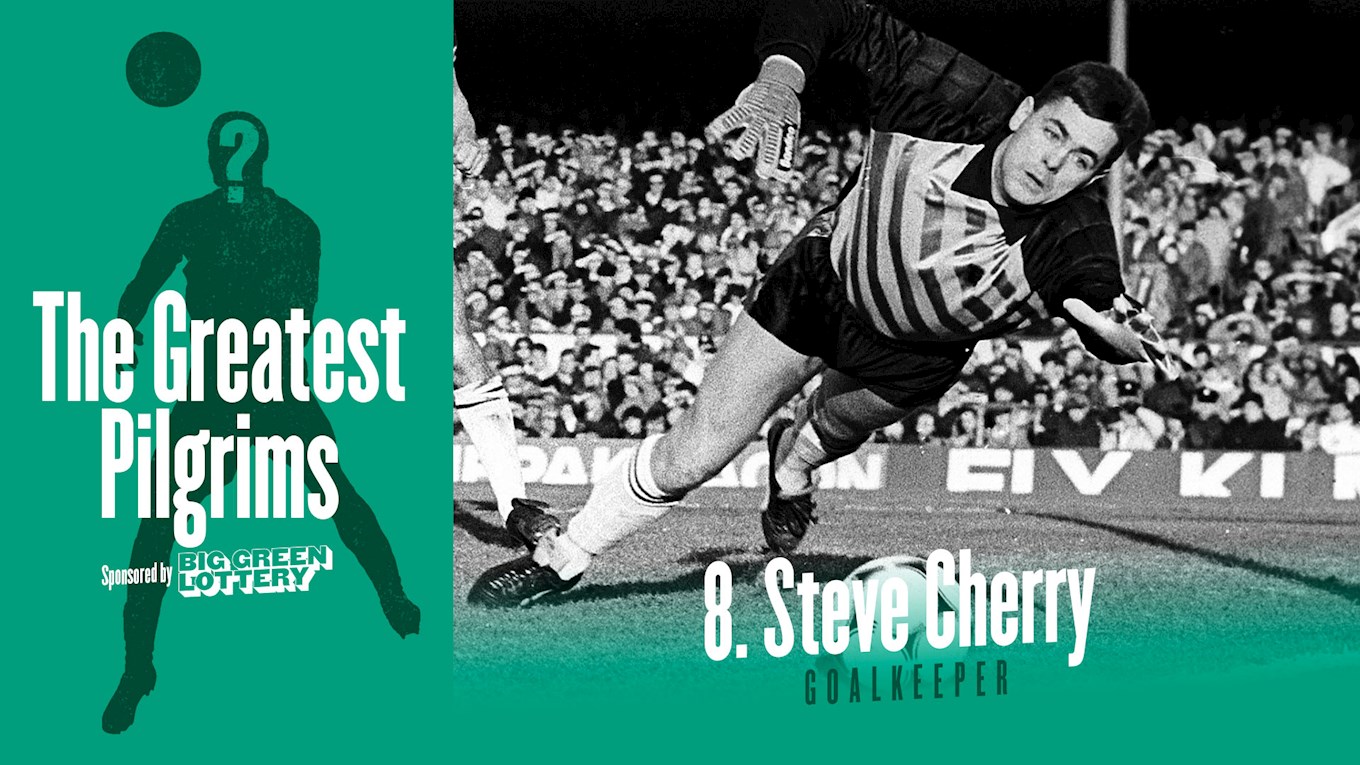 Steve Cherry first came to Argyle’s attention as an opposing goalkeeper for Derby County in the 1984 FA Cup semi-final, when his superb performance almost denied the Pilgrims their historic progress to the last four.

He briefly played for Walsall but the Argyle hierarchy had not forgotten about the talents of Cherry, bringing him to Home Park in 1986.

The new goalkeeper very quickly impressed the Green Army with his consistent, unflappable displays between the sticks, winning Player of the Season in 1988. It was a great shame when he opted to sign for Notts County the following year.

Cherry became even more of a legend at County, helping the club to win successive promotions. After seven happy years at Meadow Lane, Cherry briefly returned to Home Park for a spell in 1995.

A legendary Argyle goalkeeper with a rightful place in Pilgrim history. 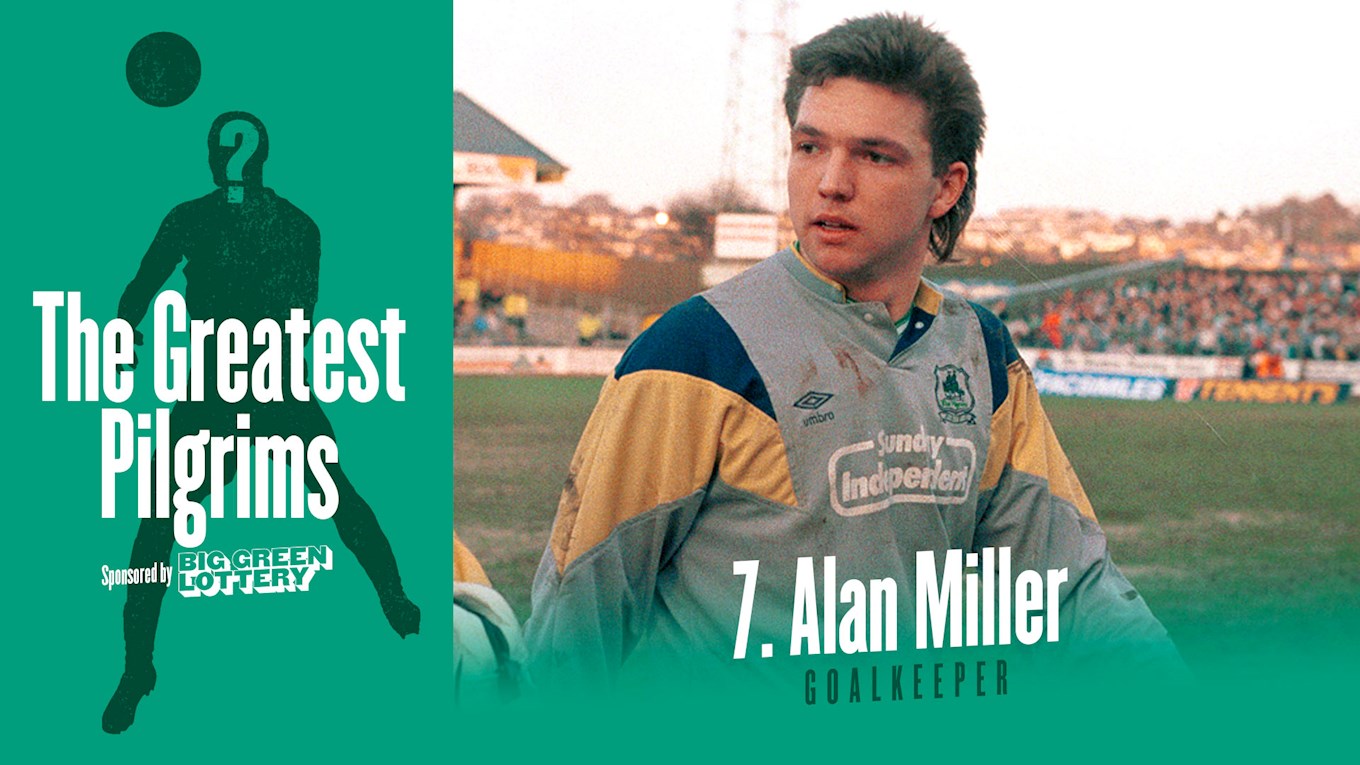 It tells a remarkable story of the impact made by Alan Miller that he ranked seventh in your list of greatest goalkeepers, despite only making 15 appearances in a loan spell from Arsenal.

Miller was simply brilliant for Argyle, arriving in November 1998 and displaying incredible agility, secure handling and a confident nature that endeared him to everyone at Home Park.

His football story is one of a superb goalkeeper denied the chance to shine on the biggest stage by the presence of John Lukic and David Seaman as his superiors at Arsenal.

Further loan spells at West Brom and Birmingham preceded a permanent switch to Middlesbrough. Miller continued to play until 2002 and, while his career possibly should have reached greater heights, he did enough at Home Park to be forever remembered and respected as a top goalkeeper. 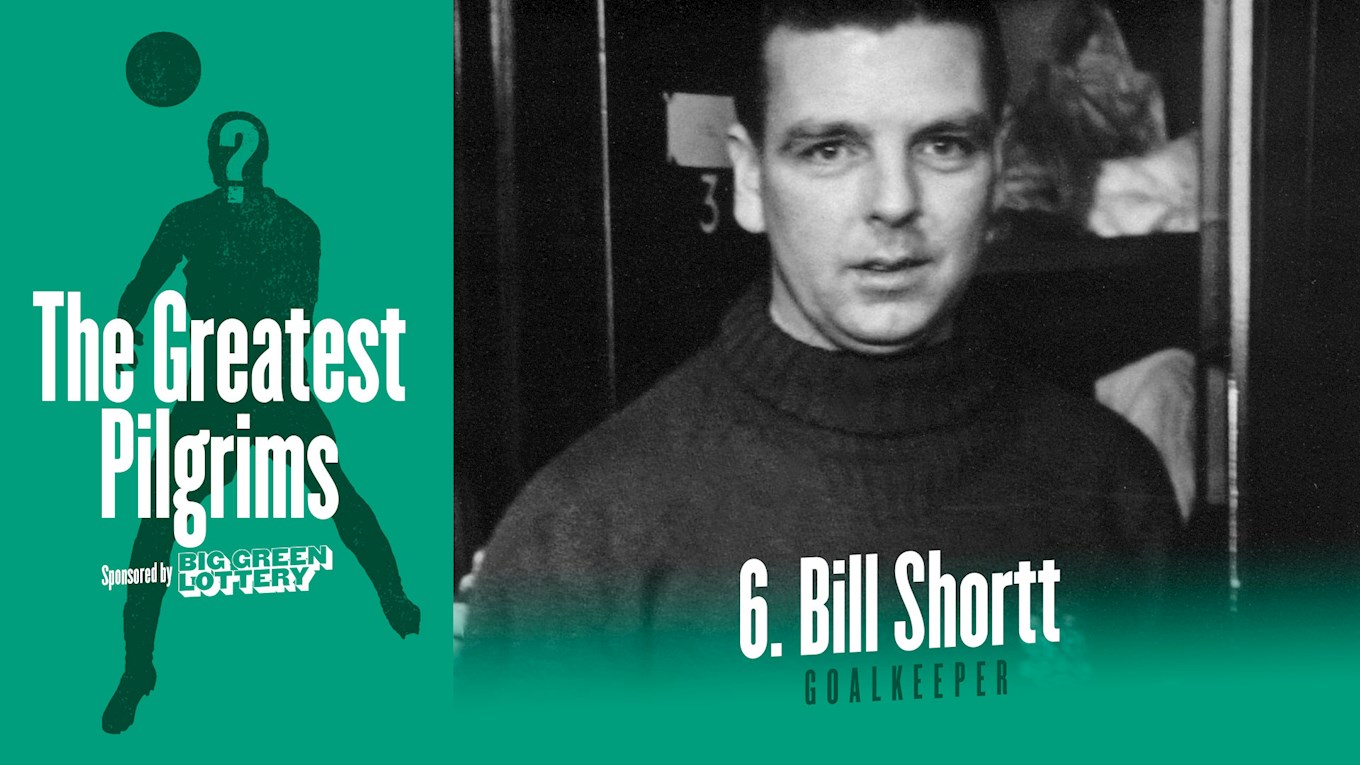 The great Bill Shortt is number 11 in the list of appearance holders at Home Park and this superb goalkeeper became a legend over a decade as our custodian.

After making some guest appearances for Argyle during the Second World War, Shortt signed permanent forms at Home Park in 1946 and never looked like relinquishing the number one spot over the next ten years.

He was not the tallest of goalkeepers but blessed with incredible concentration and efficiency in his work, very rarely making a mistake. His superb judgment made Shortt impeccable at dealing with crosses and commanding his penalty area.

The Post-War Pilgrims were given a fabulous platform by the talents of Bill Shortt, who stayed in Plymouth after retirement, working in the pub trade for over 25 years.

A hero of our club and the City of Plymouth, Bill Shortt sadly left us in 2004 at the age of 83. A truly great Pilgrim.