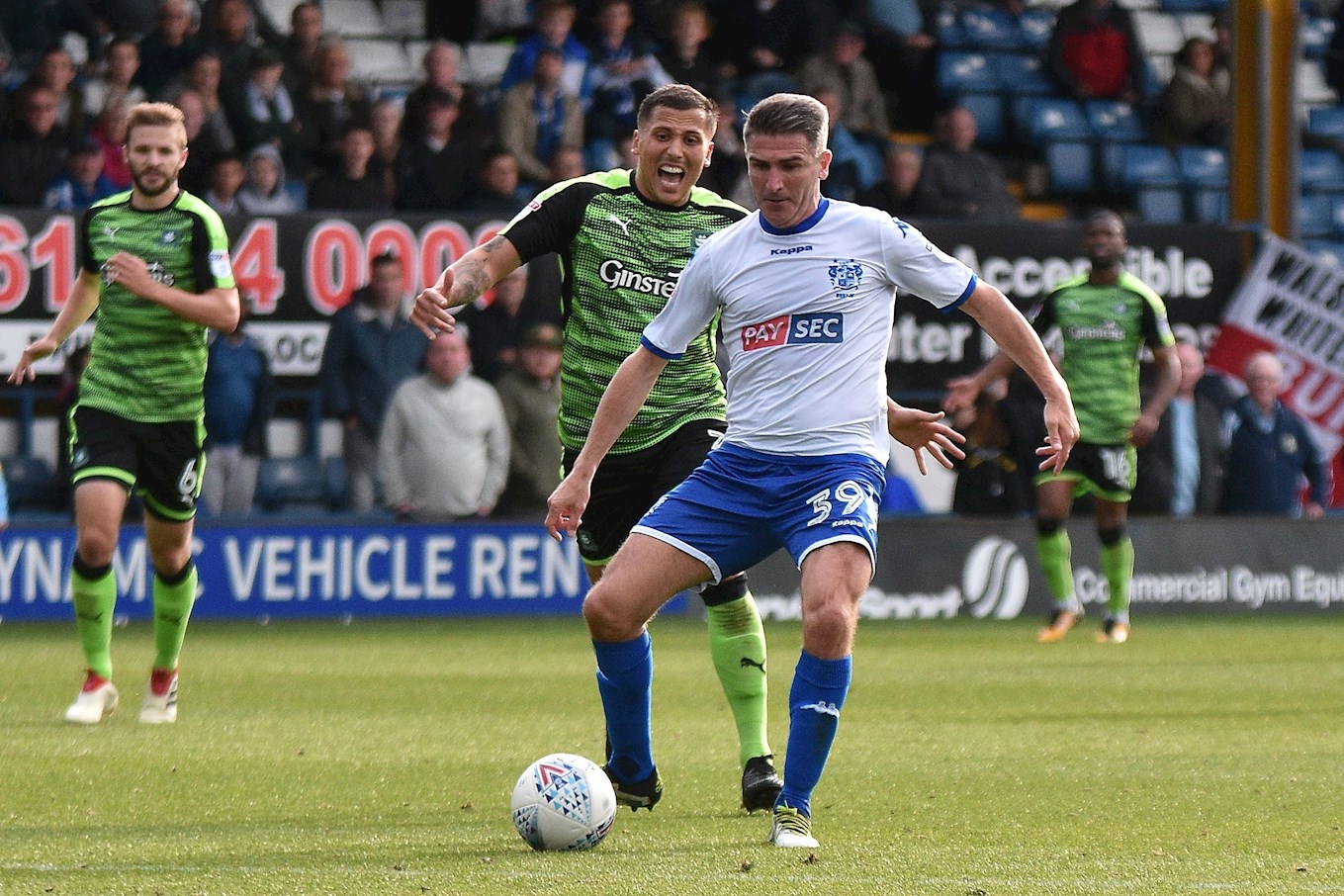 AS a teenage footballer, Ryan Lowe had a choice to make. To remain at his boyhood club Liverpool, in an environment he felt he was not flourishing, or take a chance in the unforgiving wilderness of non-league in an attempt to re-ignite his passion for football.

Lowe followed the wisdom of Robert Frost’s famous poem, The Road Not Taken, and took the road less travelled. It made all the difference.

Brought up within spitting distance of the Kop, Lowe had broken into the Liverpool academy system as a promising striker, but suffered a broken ankle which saw him briefly leave the talent pool. He returned to the Anfield fold at the age of 15, striking up a friendship with future Liverpool legend Steven Gerrard in the process.

That friendship stands the test of time, even after Lowe took the rare and brave decision to end his agreement with the Reds and take a chance on the non-league game. Short stints at Southport, Sandon Dock and Waterlook Dock followed, before he joined Northern Counties side Burscough.

It was with that particular Green Army where Lowe earned a long-awaited tilt at league football – 38 goals in one season at Burscough earned Lowe a trial at Everton, where he was told he was not young enough to be offered a deal. He had impressed sufficiently, though, and was recommended to Shrewsbury, where he signed a professional deal and never looked back.

Lowe spent five years with the Shrews, which included a relegation down into the Conference and a promotion via the play-offs, before joining fellow League Two side Chester City in 2005. He had a year at the Deva Stadium, the highlight scoring a brace against Nottingham Forest in a shock 3-0 FA Cup win.

Despite leaving Chester, Lowe remained in Cheshire by signing for Crewe, stepping up to League One in the process. Two seasons with the Railwaymen followed, in which Lowe battled for a regular slot in the side with high-profile signing Rodney Jack. A brief stint on loan at Stockport punctuated this spell as he helped the League Two side win promotion via the play-offs.

Lowe returned to Chester for a second spell following his departure from Crewe, enjoying a career-best season personally, despite the Blues’ relegation from the Football League. Eighteen goals in all competitions and the side’s Player of the Season award alerted many league clubs to his ability, and he joined Bury in the summer of 2009.

The Liverpudlian carried on where he left off at Chester, and firing nearly 50 goals in just over two seasons at Gigg Lane as Bury earned promotion to League One. His consistent goalscoring attributes had not gone unnoticed, and Sheffield Wednesday moved to bring Lowe to Hillsborough after a blistering start to life in the third tier, scoring four goals in his opening five games.

Lowe spent the twilight years of his career at Bury – sandwiching spells at Crewe, where he was a team-mate of David Fox – where he played alongside current Pilgrim Joe Riley, before hanging up his boots to take up management full-time.