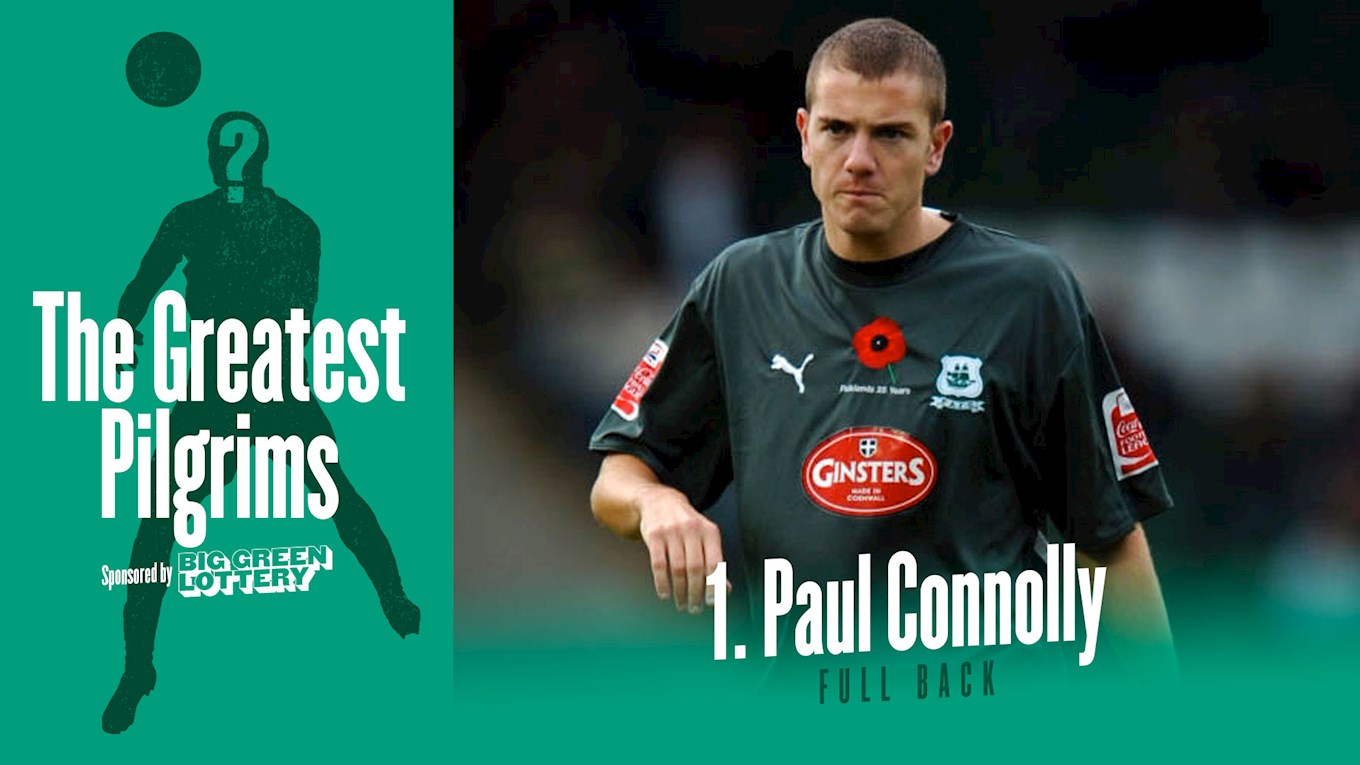 The number one Pilgrim full-back voted by the Green Army is Paul Connolly, one of the heroes of the great Argyle side put together by manager Paul Sturrock.

The popular young Liverpudlian was known as Shelley by his team-mates and gradually emerged as the first-choice right-back after battling with the likes of David Worrell and Anthony Barness for the position.

Shelley was a top quality defender, who rarely put a foot wrong and also capable of bombing forward to provide dangerous ammunition from the right flank. His defensive prowess gave the Pilgrims wonderful balance and assurance across the backline.

When Ian Holloway arrived as manager, Shelley continued to be a leading star in arguably one of the most talented teams ever assembled at Home Park. He famously scored his only goal for the Pilgrims in a 3-0 win over Norwich, with the whole stadium on their feet in rapturous celebration.

Shelley later moved to Derby County and captained the Rams in the Championship. His career then took him to Leeds, Millwall, Crawley and Luton.