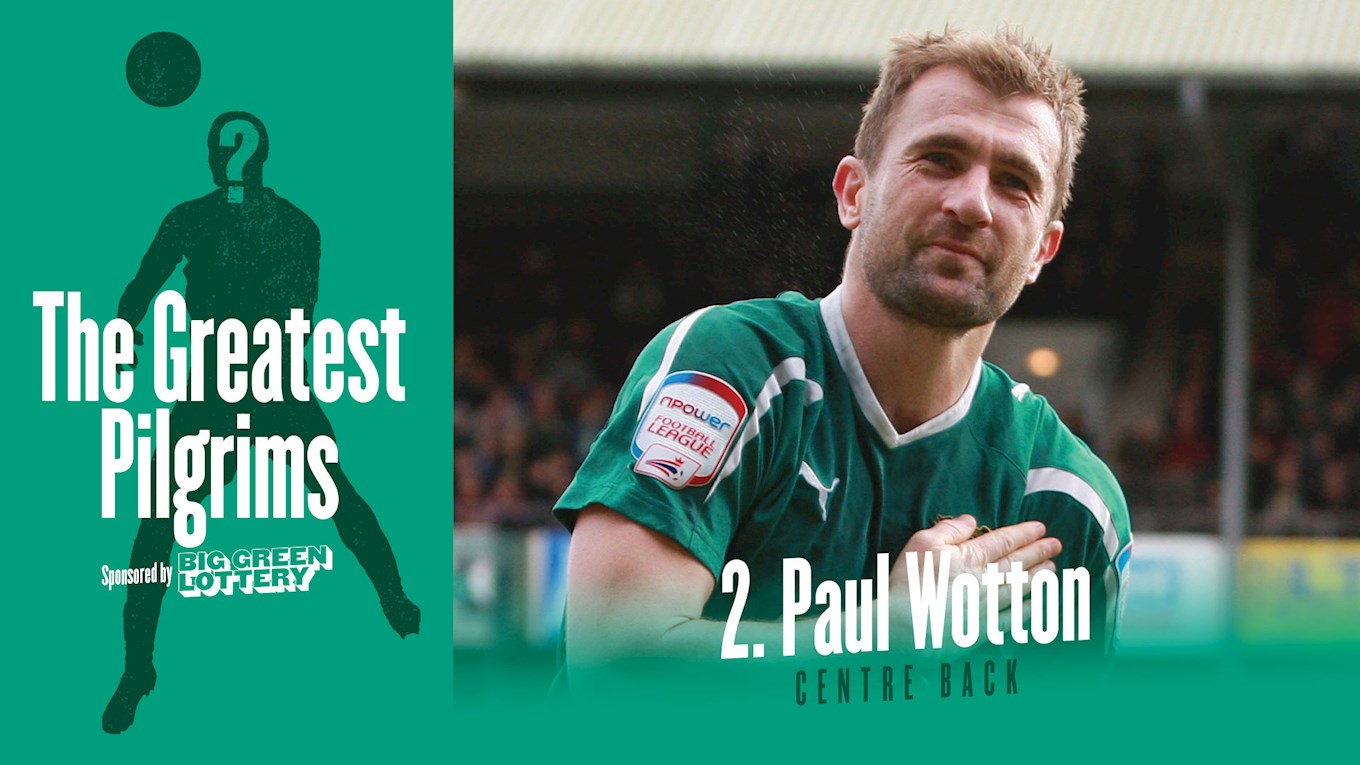 At number two in your list of greatest Pilgrim centre-backs is an Argyle icon and a player who could have easily finished just as high in the centre-midfield vote.

Paul Wotton is a homegrown hero, who progressed through the youth system to eventually captain our club to two league titles. He made his debut at the age of 17 in 1995 and was very soon a first-team regular.

Wottsy became captain in 2001-02 and helped the club win the Third Division title. He was an inspirational leader, always driving his team-mates forward, a great reader of the game and famed for having a ferocious shot.

He remained skipper as Argyle won Division Two and became an established Championship club, but a serious knee injury then ruled Wottsy out for over a year. He left Home Park in 2008 and signed for Southampton, staying there for three years before a season at Yeovil.

In 2012, Wottsy returned to Home Park and continued to be a hugely influential figure for a new generation of Pilgrims. He played his last game in May 2014 and finished just short of 500 appearances for Argyle, making him second in the all-time appearance list.

Wottsy moved into coaching and was assistant manager at Home Park up until the end of the 2018-19 season. Paul Wotton: a great Pilgrim.