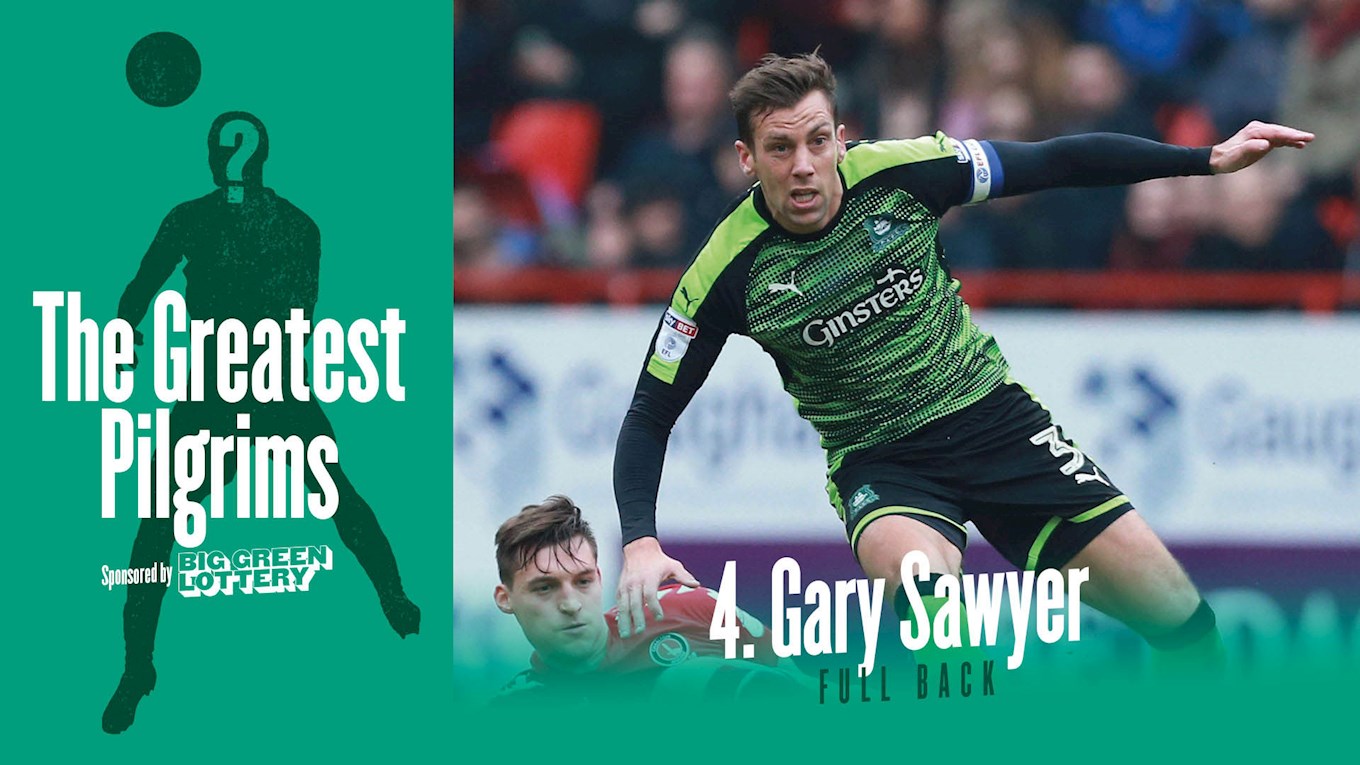 Number four in your list of greatest Pilgrim is the current captain of our club and a stalwart of Home Park over two spells.

Gary Sawyer is a fantastic success story of the Argyle Academy system, graduating as a professional in 2003. He spent two seasons on loan at Exeter City, playing for the Grecians in their famous FA Cup ties with Manchester United.

He made his Argyle debut in 2006 and won Young Player of the Season in his first full campaign, maturing into a quality defender in the Championship. Although predominantly a left-back, he also performed admirably in the centre of defence when required.

Sawyer moved to Bristol Rovers in 2010 and then Leyton Orient two years later. He returned to Home Park as the first signing of new manager Derek Adams in 2015 and has been a mainstay ever since.

A tremendous level-headed individual, cool in defence and blessed with a delightful left foot, Sawyer has been a class act over a career that has lasted 17 years and counting. He signed a new contract in the summer and this great Pilgrim will again be a hugely influential player as we enter the new season.