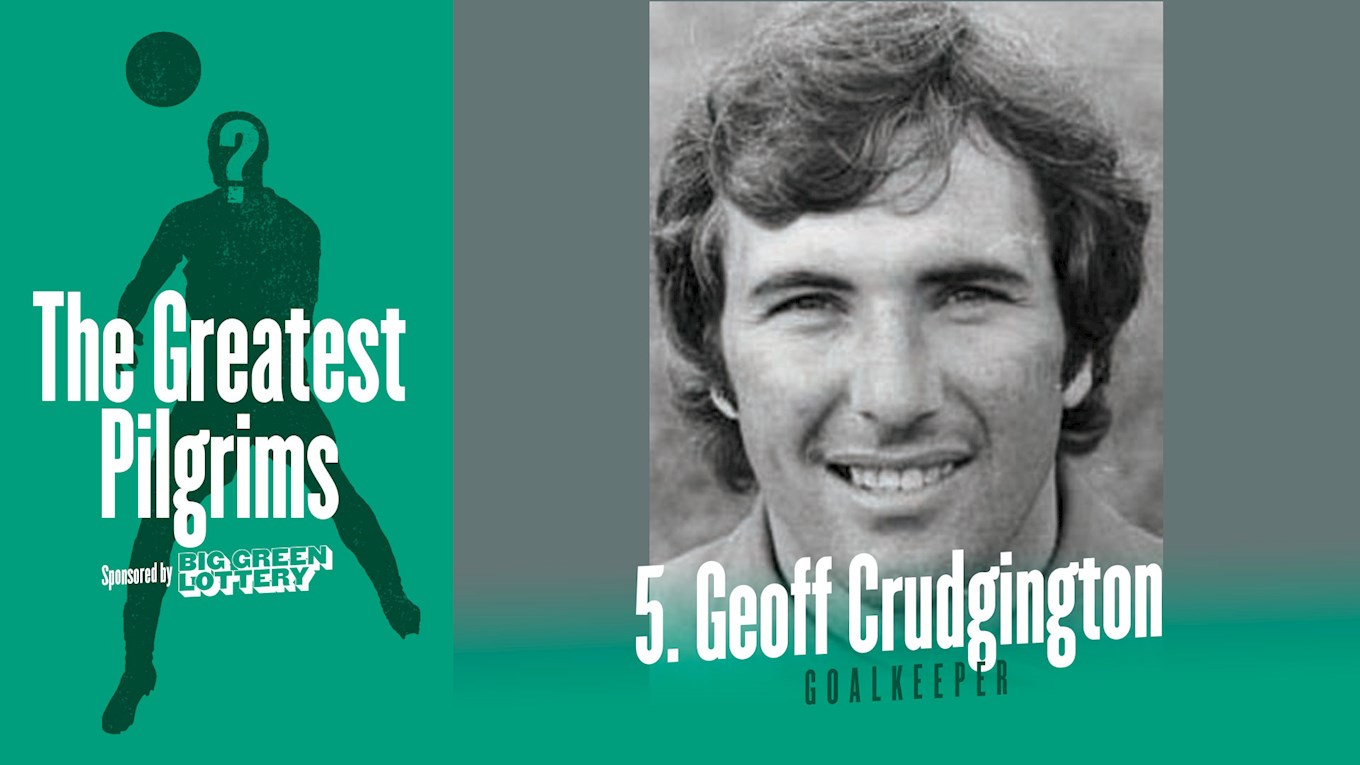 The top five of Argyle’s greatest ever goalkeepers begins with a stalwart of the 1980s at Home Park.

Geoff Crudgington would spend almost a decade as the number one Pilgrim but he already had bags of experience when he was signed in 1979.

A junior at Wolverhampton Wanderers, Crudgie was capped by the England schoolboys before switching to Aston Villa. Opportunities were limited at Villa Park and he was sent on loan to Bradford City and the Toronto Metros.

A fine career really got going when he joined Crewe in 1972. He enjoyed six years with the Alex and made 250 appearances before joining Argyle as a replacement for Martin Hodge.

Over the best part of the next decade, Crudgie brought experience, consistency and calm assurance to the Pilgrim defence. He was a hero of the side that reached the FA Cup semi-final in 1984 and incredibly solid between the sticks.

When Crudgie retired from playing in 1989, he quickly became part of the coaching staff and also helped establish Argyle’s community scheme. He left the club in 2011 financial crisis but remains involved as driver of the team coach.