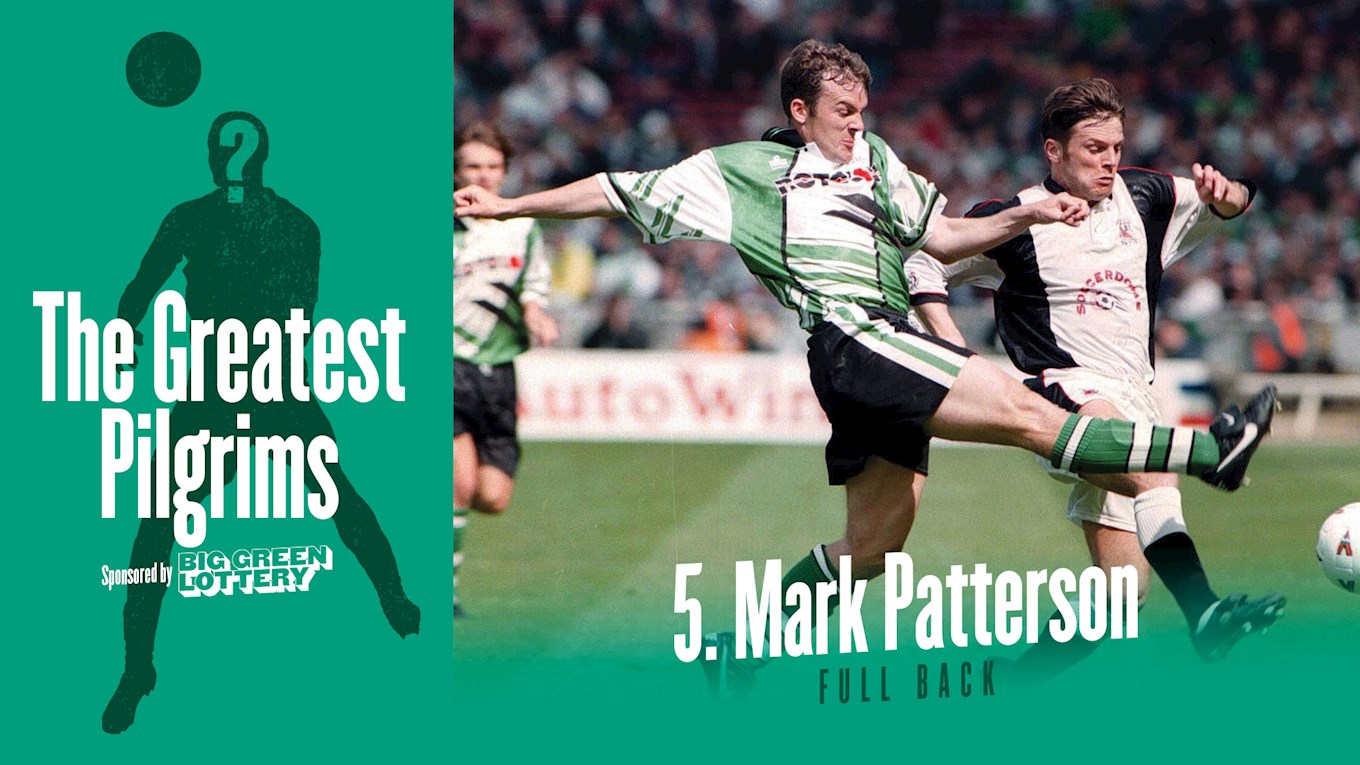 We enter the top five of our greatest full-backs with a player who combined technical quality with incredible physical endeavour.

After learning his trade with Carlisle and Derby County, Mark Patterson was signed by Argyle manager Peter Shilton as a replacement for the departing Gary Poole.

It was a tough act to follow but Patterson immediately became the new favourite of Home Park with displays full of tireless energy, fearless tackling and impressive class on the ball. He was the modern full-back before that he had even football phraseology.

Under three different managers at Argyle, Patterson suffered relegation, a play-off final defeat and the joy of promotion. While injury hampered his final campaign as a Pilgrim, Patterson had written his name in the Green story.

He later joined Gillingham before retirement in 2002, moving seamlessly into coaching at Priestfield, even taking the role as caretaker-boss for a spell at the end of last season.