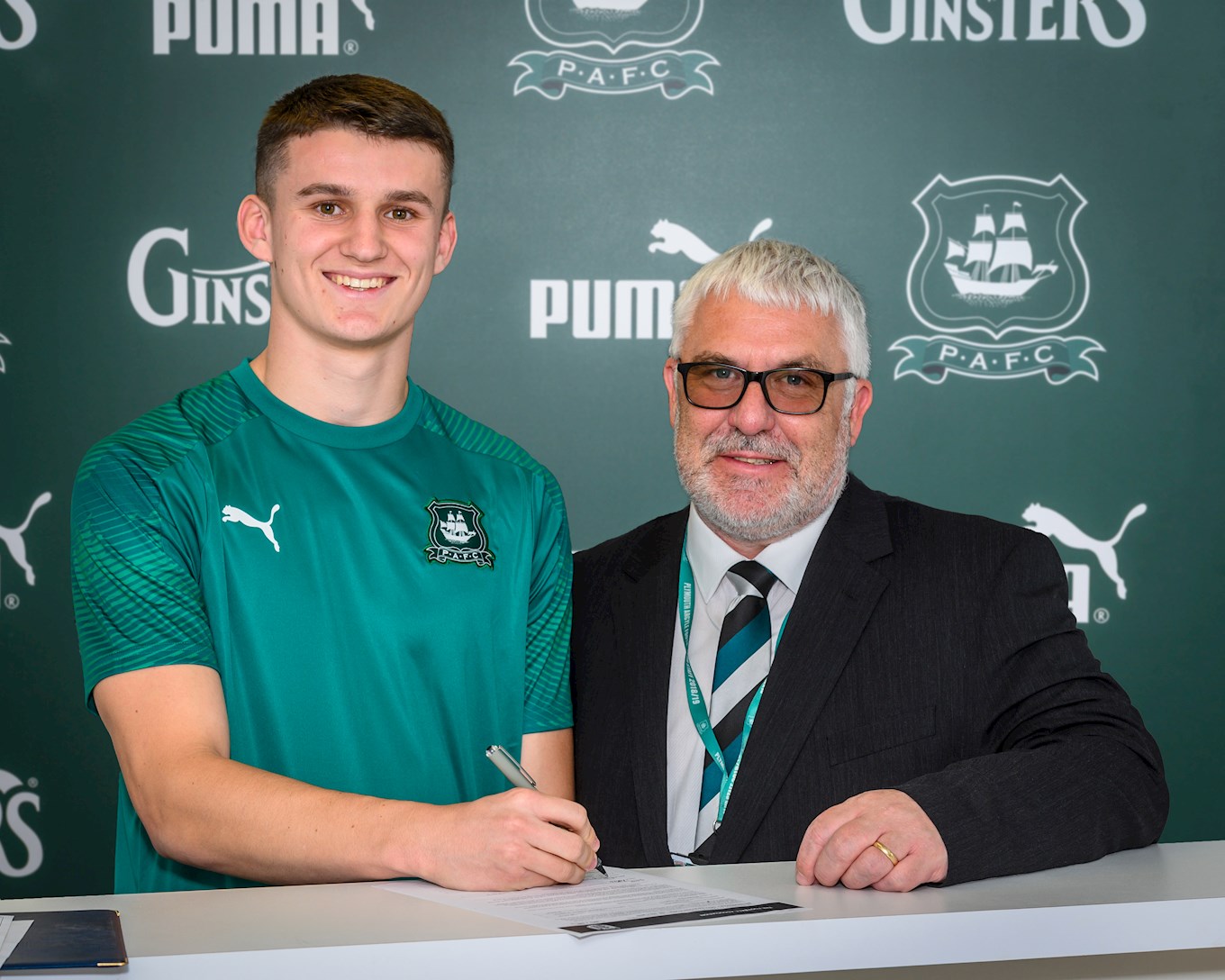 MICHAEL Peck has signed his first professional contract with the Pilgrims after an excellent career in the Home Park Academy.

Peck was one of many young prospects who made their debuts in the Checkatrade Trophy group stage game against Newport County last season, a game which he felt delighted to be involved in from the first whistle.

The teenager feels his form has improved since his position was changed from central midfield to the centre of defence after a spate of injuries hit the side.

“There were some injuries, we had a lot of centre midfielders in the squad but not many defenders, so I filled in at right-back,” he said.

“Then, another injury happened and I came into centre-back and stayed there. In my first season I did okay. In my second season I was converted to a centre-back and, from there, I felt my performances got better and better. Around the mid-season point, I was starting to feel that it was a positive outcome.”

With that first-team appearance to whet the appetite, Peck wants to build on that under new Argyle manager Ryan Lowe.

“First and foremost, I’ll work really hard in pre-season, try and make an impact in training as much as possible, and see what happens. Hopefully, I’ll get some involvement,” said Peck.