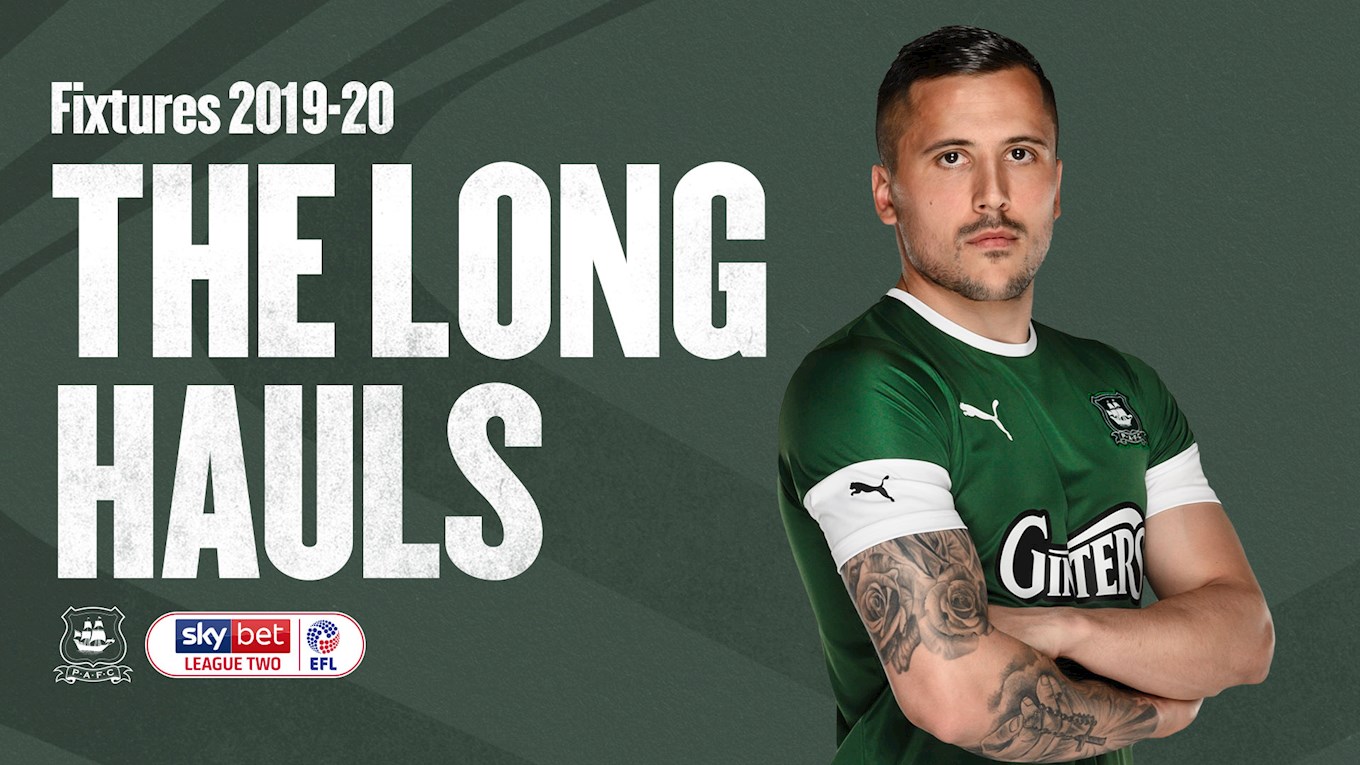 THE Green Army will make their longest trip of the 2019-20 Sky Bet League Two campaign in January.

The Pilgrims take on Carlisle United – and a 778-mile round-trip to Cumbria – on Saturday, January 11, for the first time in three seasons, since they lost 1-0 to a goal from Bermuda international winger Reggie Lambe on August 13, 2016.

Our last win at Brunton Park came in 2002, when goals from Marino Keith and Paul Wotton secured a late-season victory that left us one victory from claiming the Third Division title.

That trip comes a week after another lengthy commute, to Scunthorpe United’s Glanford Park, on Saturday, January 4. The Pilgrims won 4-1 at the home of the Iron last season, thanks to goals from Freddie Ladapo, Joel Grant, Antoni Sarcevic and Niall Canavan.

Our second-longest trip of the season occurs during the run-in, as we make the Pilgrimage to East Lincolnshire to face Grimsby Town on Saturday, March 28. Our last visit to Blundell Park saw us draw 1-1 on the final day of the 2016-17 season, narrowly missing out on the League Two title in the process.

In fact, all five of our longest trips occur in the New Year, as we travel to Yorkshire to face Bradford City on Leap Day (Saturday, February 29) and to Morecambe at the Globe Arena on Saturday, March 14.

The final away trip of the season occurs in the penultimate game-week, as Ryan Lowe’s side hop on the team coach to Boundary Park, home of Oldham Athletic.