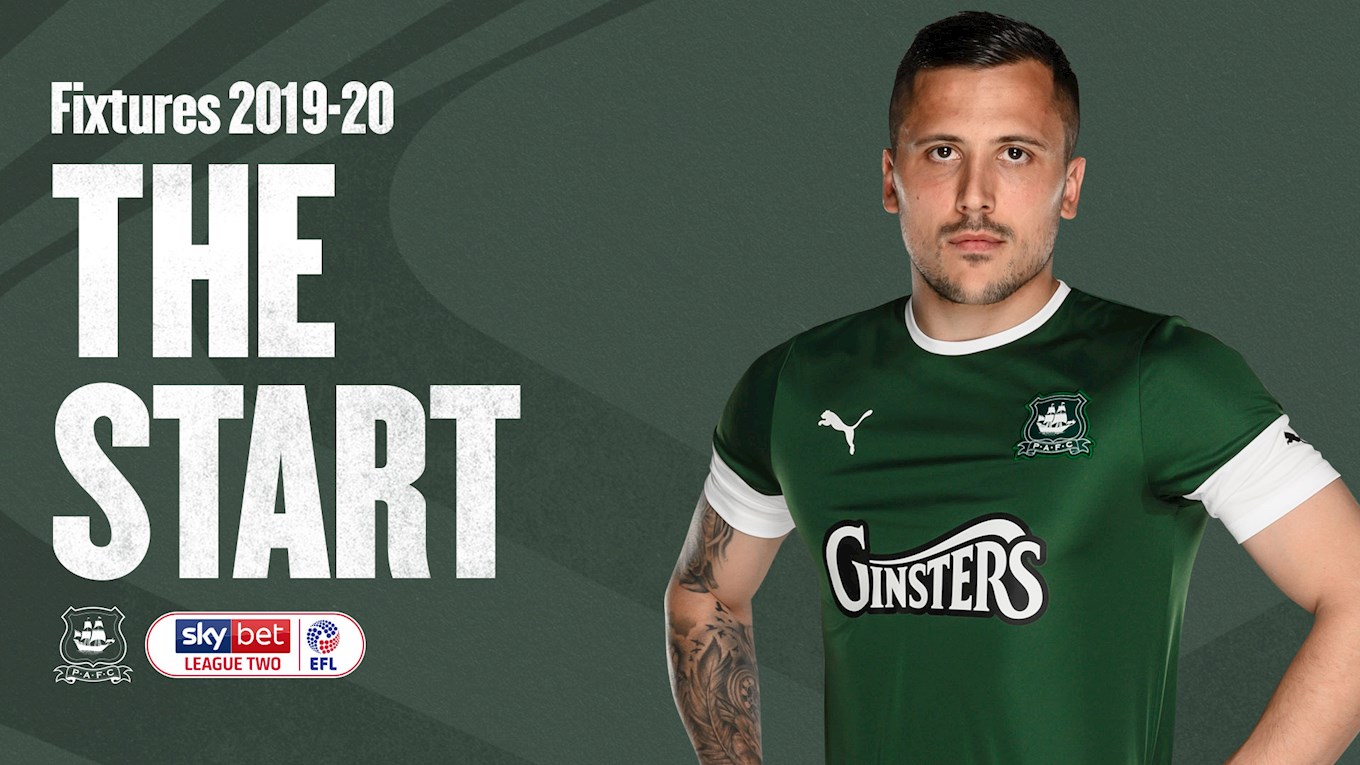 Our opening home match of the campaign, a week later, sees Colchester United visit Home Park, before a first-round tie in the Carabao Cup a few days later.

The Pilgrims, who have opened three of the previous four seasons with an away fixture, follow that with the relatively short trip to Newport County on Saturday, August 17.

The Greens round off the opening month of the 2019-20 calendar with a trip to Sixfields to face Northampton Town on Saturday, August 31.