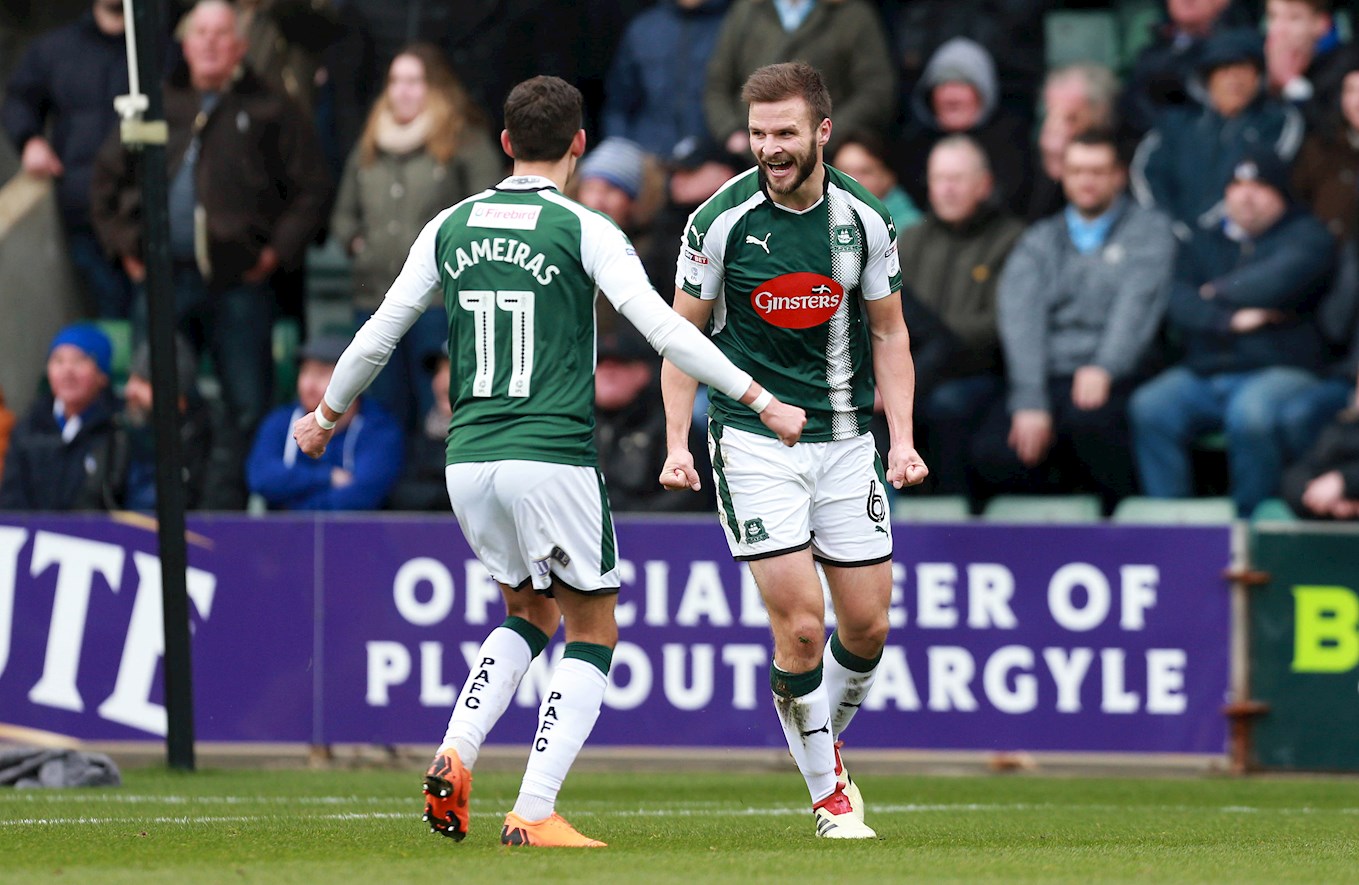 ACROSS Plymouth Argyle’s long and storied history, they have faced no opponent more frequently than Saturday’s visitors, Bristol Rovers. This weekend’s Westcountry derby at Home Park will be the 90th Football League meeting between Argyle and the Gas.

As you might expect against a side we’ve faced more often than any other, Argyle have recorded more EFL victories over the Gas than any other, winning 36 of their 89 ties. Meanwhile, Rovers have beaten us 26 times, with the remaining 27 games a draw.

Perhaps most interestingly of all, though, is the frequency of a particular scoreline in Argyle’s favour – 3-2. In the Pilgrims’ history, only 2.6% of recorded competitive fixtures have ended 3-2 to the Greens; against Rovers, however, it is the second-most regular outcome, occurring 10 times, 11.2% of total fixtures. Statistically, this stands as quite an outlier, with the next-highest frequency of 3-2 victories standing at four – over the quintet of Brighton, Fulham, Newport, Swansea and Swindon.

In honour of this statistical quirk, we’re casting our eye back to recall the five most memorable 3-2 wins, any of which the Green Army would be quite happy to see repeated on Saturday afternoon.

Argyle’s first season back in League One was eventful. Bottom at Christmas, Derek Adams’ side went on an incredible run of promotion-standard form to thrust themselves up into the play-off race, which Rovers hadn’t given up on either as they headed to Home Park in March.

Despite the Pilgrims’ red-hot form, they found themselves behind a little over 10 minutes in, when Chris Lines curled a low free-kick past Remi Matthews at the Devonport End. Midway through the first-half, midfielder Jamie Ness capped a beautiful short-corner routine to grab an equaliser, his looping header dipping into the top corner on 34 minutes. The euphoria was short-lived, however, as Ellis Harrison put the Gas back in front from a narrow angle two minutes later.

The Greens started the second-half on another planet and should have been level just a minute into the restart when West Ham loanee Moses Makasi was tripped in the area. Ruben Lameiras stepped up to take the resultant penalty, assuming duties from regular taker Graham Carey who had missed a couple in the preceding weeks, only to see his effort saved. No matter though, as Ness bagged his one-and-only career brace to date when his speculative effort from the edge of the area was deflected in off the near post on 48 minutes.

With both sides looking as though they’d have to settle for a draw, Yann Songo’o, up for a corner deep into stoppage time, was felled by Tom Lockyer, giving Argyle a chance to snatch all three points with their second penalty of the afternoon.

Carey, shrugging off the weight of the occasion as he often does, stepped up and sent the goalkeeper the wrong way to send Argyle into the play-off positions with nine games left to play.

Argyle entered the Boxing Day fixture at The Memorial Stadium propping up the entire Football League, struggling in the aftermath of the club’s crippling financial troubles at the turn of the decade. Paul Buckle’s Rovers were not in great shape either, so the fixture was of great importance to both sides.

Argyle suffered a nightmare start in front of a bumper Christmas crowd, and Matt Harrold’s brace left the basement boys with a mountain to climb in Bristol. They started the second-half with a flourish and Warren Feeney reduced the arrears with a close-range finish on 52 minutes. His strike-partner Nick Chadwick drew Argyle level ten minutes from time, before Wolves loanee Ashley Hemmings grabbed the unlikeliest of Christmas miracles for Carl Fletcher’s Pilgrims, catching the Rovers defence flat-footed with a stoppage-time breakaway that sealed perhaps the most remarkable victory during the Fletcher era – and possibly served as a catalyst for the Greens’ great escape from Football League relegation.

They say that lightning never strikes twice in the same place, but Rovers fans’ pain from that Boxing Day defeat must have been compounded by the fact that it had already happened once that calendar year, in the same place, in the same manner – although the squads and the division were different.

Argyle, who were ultimately relegated that season as a result of a 10-point penalty received due to administration, headed to Bristol sitting in a lower mid-table position, while their hosts occupied the final relegation spot in League One. It was Rovers, though, who came flying out of the traps, and the hosts found themselves 2-0 up after just 11 minutes, with Will Hoskins taking advantage of some questionable defending.

The second-half began, though, with Argyle looking a different beast thanks to Peter Reid’s tactical changes. Bradley Wright-Phillips, who it turned out was playing his last game for the Greens before departing for Charlton, brought the game to life on 58 minutes with an opportunistic finish. Ten minutes later, home-grown Joe Mason drew Argyle level, amid deepening tension from the home crowd. Defender Stephane Zubar rose highest on 81 minutes to complete a special turnaround, nodding past Mikkel Andersen to send the travelling Pilgrims into raptures.

A side full of players who would go on to write their names into Argyle folklore, including Jim Furnell, Johnny Hore, Bobby Saxton and Derek Rickard, edged past Rovers, but it was Les Latcham, who joined from Burnley and played 90 games before departing for Bradford, who scored a brace to hand Argyle victory over the Gas.

Martin Harvey, caretaker manager after the departure of John Hore, led a Pilgrims side into battle in another cracking tie against their Bristol rivals. Chris Harrison, scoring his last goal for the Pilgrims, was accompanied by legends Gordon Nisbet and Tommy Tynan on the scoresheet in another five-goal thriller.

It also turned out to be goalkeeper Les Sealey’s last game for the club, while Harvey was succeeded by Dave Smith a few weeks later, although Smith saw fit to keep Harvey as a coach at the club.