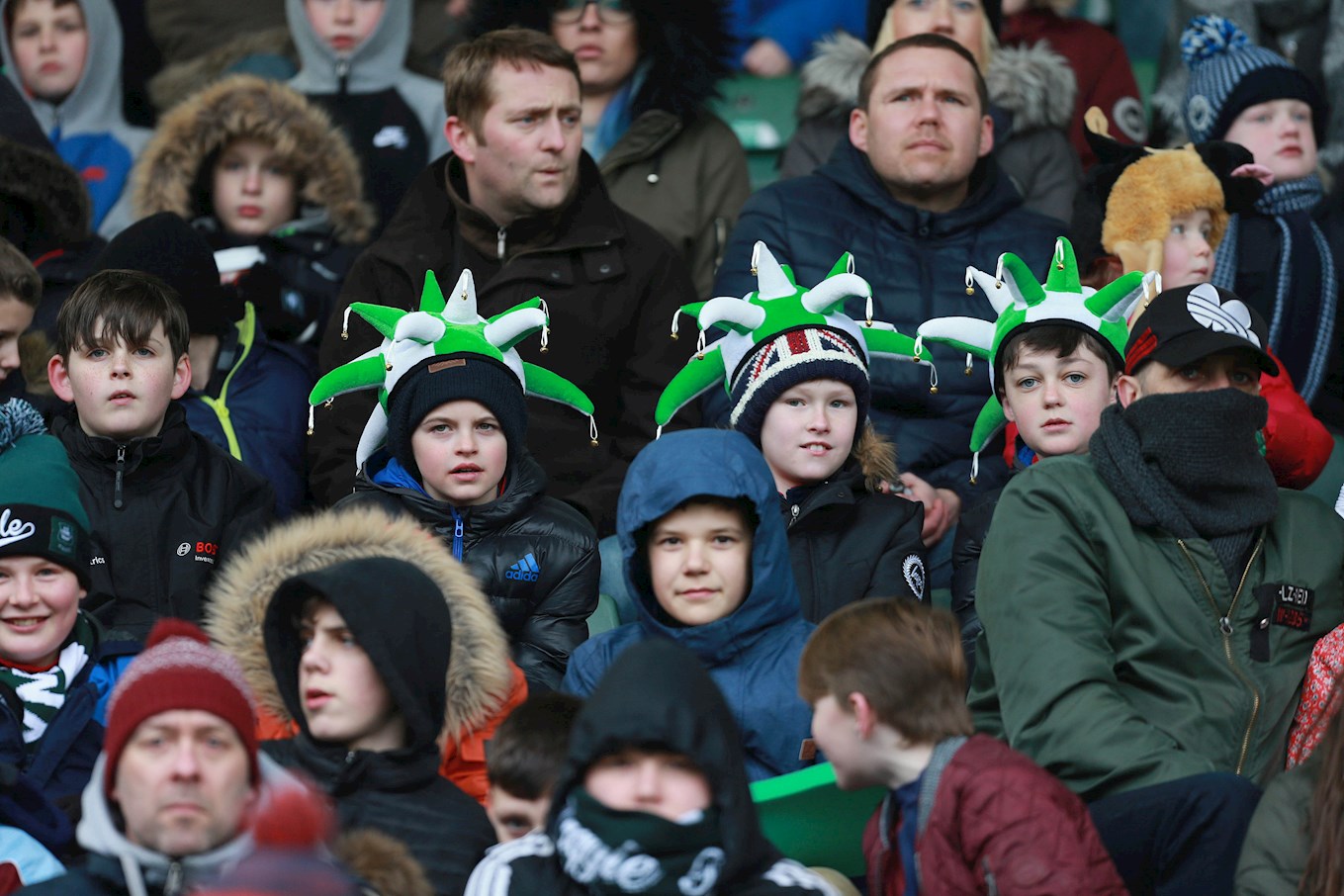 DAVID Fox has fond memories of last year’s Westcountry derby victory over Bristol Rovers, which was decided by a late Graham Carey penalty, and the experienced midfielder is hoping for a repeat experience at Home Park this afternoon.

The Pilgrims head into today in excellent home form, having not lost at the Theatre of Greens in the calendar year of 2019. Fox and his team-mates back themselves against anyone at Home Park, as has been evidenced by recent combative displays against promotion-chasers Portsmouth and Luton, among others.

“It’s been really good [our home form],” said Fox. “I think that we’ve given the fans something to cheer about recently, and they’ve certainly backed us in that aspect. The game last year was really good, great atmosphere, it was a real good one to play in and a great result in the end. I think that [today] will be no different, it’s important that we start well and get the crowd on-side as we have done in the last couple of months.”

Despite the Greens’ excellent run of home form, they know that their opponents will be no push-overs, themselves on an excellent run under new manager Graham Coughlan, who just so happens to be an Argyle living legend. Does Foxy think it has the makings of a springtime cracker?

“It certainly has, they’re on a good run of form away from home, and we feel like we can give anyone a game at home,” said Fox. “It will be a real good occasion, add into the mix the manager, and what he did for the club as a player – it’s got all the ingredients for a real good game, and we know we’ve got to perform well to get anything out of it.”

With all of the sub-plots affecting the game - league position, local rivalry and a former hero returning as opposition manager - it would be understandable if the players found the build-up a little distracting. According to Fox, though, it’s business as usual for him and his colleagues.

“It’s not really been mentioned [the return of Coughlan], but I’m sure he’ll get a good reception from the fans, as they appreciate what he did as a player here but once the game kicks off, it’s us against them, and as a player, it’s you against your opponent,” said Fox.