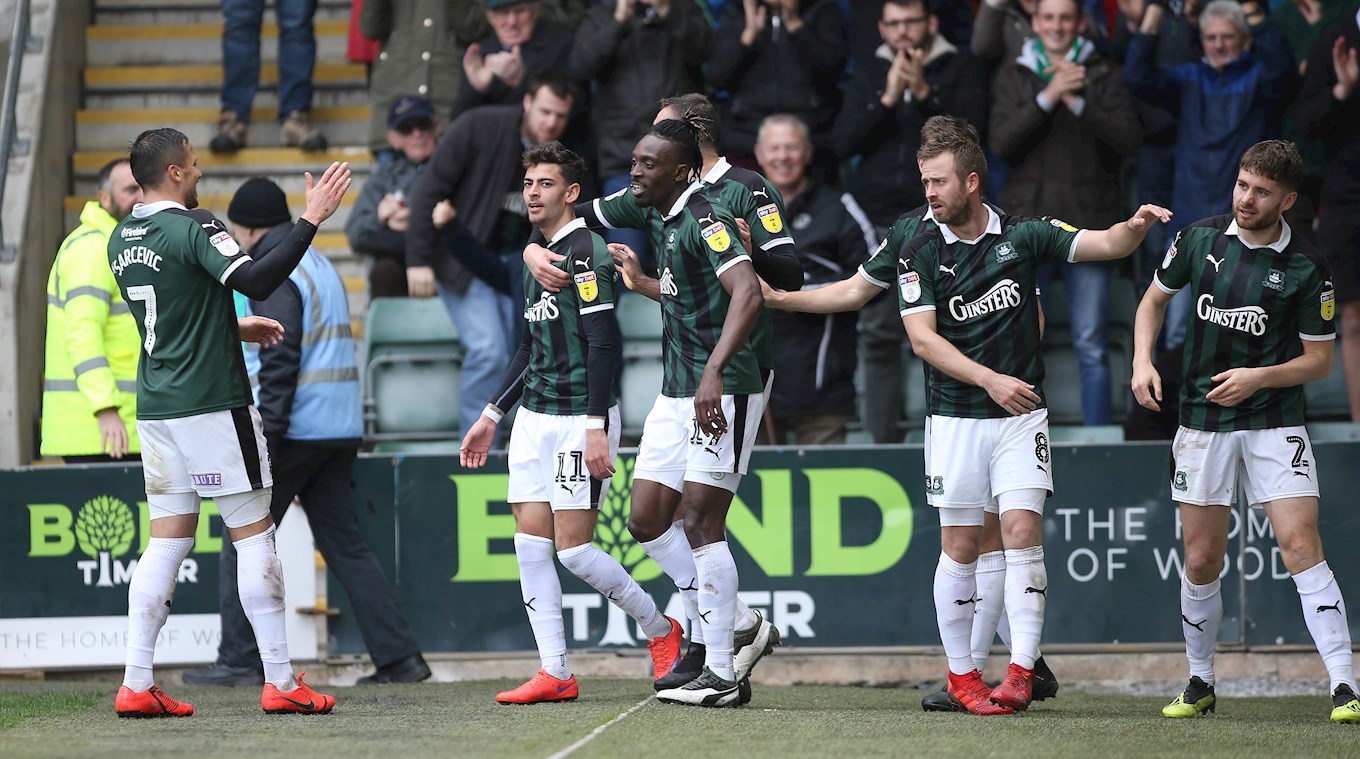 A Point Better Off

DEREK Adams put aside his frustrations at conceding a late equaliser to Bristol Rovers in Saturday’s Sky Bet League One game to accentuate the positives.

The 2-2 draw saw Argyle leading twice, through Ruben Lameiras and a Tony Craig own goal only to be pegged back by, first, Jonson Clarke-Harris and, then, in injury-time, substitute Gavin Reilly.

Their eighth home game without defeat left them in 14th place in the division on 46 points, four points outside the relegation zone in a table that sees a five-points spread covering 11 clubs, including two – Walsall and Rochdale – in the bottom four.

Derek said: “We’re a point better off than we were at the start of the day; we’re a point ahead of Bristol Rovers; and it’s still extremely tight. We have been on a terrific run to put ourselves in the position we are in.

“There’s much of a muchness between teams. The standard is very good at all levels, and teams are just picking off each other. You look at the results [Saturday] and it is quite scary. If you have got a few technically better players in your side, it will give you a better opportunity to go forwards.”

Argyle were missing one of their technically better players in the injured Graham Carey, but that allowed Lameiras to take centre stage with a goal and an assist for Craig’s oggie.

Derek said: “At times, he played in an area where was difficult for Bristol Rovers to pick him up – and he’s drifted into the box and got a very good goal, right into the corner of the net. It gave everyone in the stadium a huge lift.

“He played either side of [Ed] Upson and we knew that, if we could get him into these areas, he would cause Upson trouble.”

Argyle next visit Blackpool, who are on the fringe of the play-off places, before their final half-dozen matches of a campaign in which there is still plenty to be decided in the bottom half.

Derek said: “It’s hard to read any team at this moment in time. You see games and results and you think ‘Where’s that come from?’ but we always thought that the teams that were in the middle of the table to start the season could falter and come back towards us.

“I always say ‘Let’s wait until there are six games to go in the season and see where everyone is’ – 18 points to play for with six games to go. They should just make it a six-game season.”