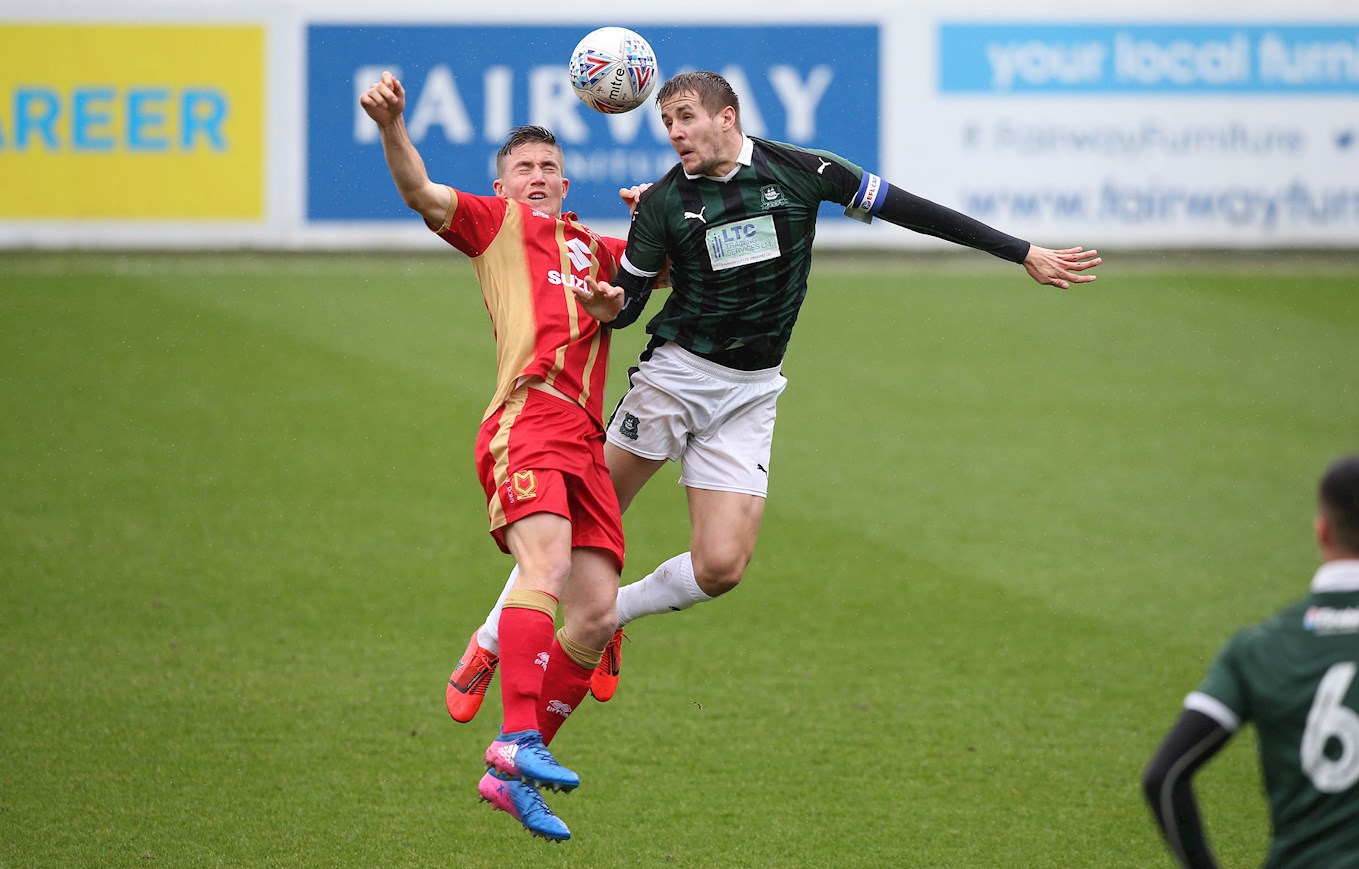 THE Pilgrims succumbed to their first Central League defeat of the campaign against second-placed MK Dons at Home Park on Tuesday afternoon.

Nine members of the Pilgrims’ starting eleven have experienced Sky Bet League One minutes this season, and that experience was matched by a Dons line-up that also featured EFL stalwarts Ryan Harley, David Wheeler, Robbie Simpson and Lawson D’Ath – all regular players in the Dons’ first-team picture.

Argyle headed into the game top of the table, with 19 points from their opening seven Central League games, with one draw punctuating six victories. Milton Keynes represented the best of the rest, sitting one position behind Argyle, but six points adrift.

After tight opening exchanges, Argyle nearly grabbed the lead from a corner. Jamie Ness met Paul Anderson’s corner with force, but his header was deflected off-target. Lloyd Jones and Ryan Taylor both had attempts on goal from the resultant fracas, but the red wall of Dons’ defensive shirts somehow scooped the ball to safety.

The Pilgrims’ inability to convert proved costly on 24 minutes, when the first of a quick-fire triple gave Argyle a mountain to climb. The visitors were awarded a penalty by referee Tim Burley to begin a crazy five-minute spell, after former Exeter City forward Wheeler broke rank and raced on to a through ball. Burley adjudged that Greens stopper Matt Macey brought Wheeler down, and another Exeter alumnus, Robbie Simpson, converted from the spot.

Simpson turned provider for the second, as his flicked header from an aerial ball found Wheeler with the simplest of tap-ins moments later. Wheeler added his second of the afternoon on 28 minutes, again forcing his way behind the Pilgrims’ defence to slot past Macey.

Beyond the five-minute burst of action, neither side created much in the way of clear-cut opportunities before half-time.

Argyle tried to pry open the Dons’ defence in the second-half, and Jamie Ness saw his long-range effort deflected inches wide of goal, after good work from Luke Jephcott and Joe Riley, who was arguably Argyle’s best performer. At the other end, Wheeler’s pace continued to cause problems, as his breakaway run and pass was skewered wide by D’Ath.

Conor Grant, still in the early stages of recovery from a long-standing muscle injury, saw his vicious curling effort from the edge of the area deflected narrowly wide on 67 minutes as the Pilgrims tried to atone for their first-half mistakes.

With a comeback looking unlikely, and the evening’s Peninsula League game against Godolphin called-off, coach Kevin Nancekivell made three changes on 70 minutes, bringing on Tafari Moore, Michael Cooper and Lionel Ainsworth for Riley, Macey and Grant. Six minutes later, Alex Battle and Alex Fletcher replaced Ryan Taylor and Paul Anderson as the Pilgrims emptied their subs bench. Moore and Ainsworth combined to great effect on the right to produce an opportunity for Battle, who didn’t quite connect well-enough with his first-time effort to trouble Nicholls.

Wheeler completed his hat-trick on 86 minutes, converting low past Cooper on a swift breakaway, as Argyle committed men forward in search of a goal. Walker, adding insult to injury, slotted from close-range, with the final kick of the game, after a deflection fell kindly to him in the box.