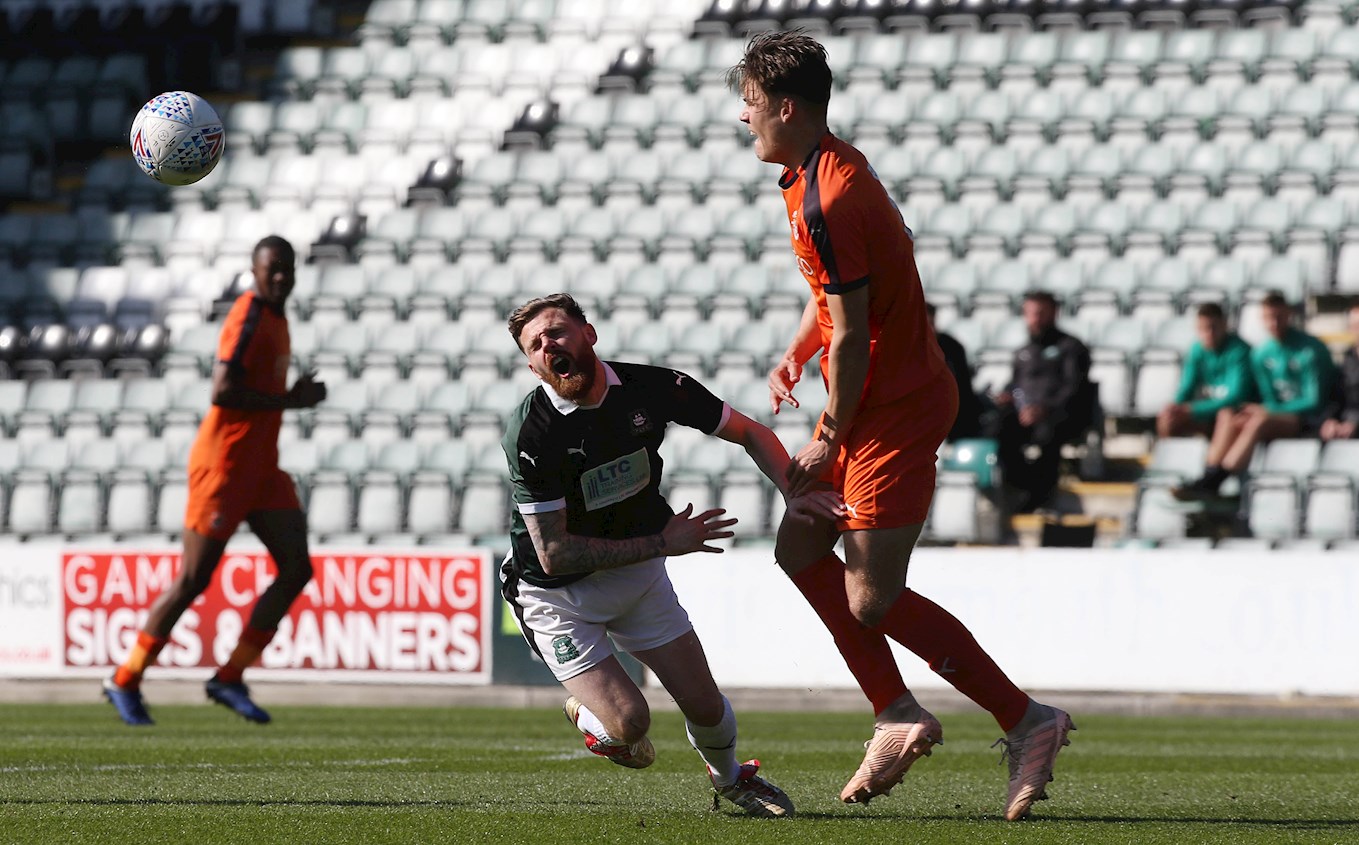 FIRST TEAM coach Kevin Nancekivell was encouraged by his team’s efforts, despite not seeing the game out to claim all three points against Luton Town.

The young Pilgrims were forced to settle for a draw in the Central League, as Luton midfielder Hong Wan beat Michael Cooper with five minutes remaining after Dan Rooney had given us the lead on the half-hour.

Rooney’s goal was indicative of his play in the centre of the park and he was involved in most of the promising Argyle attacks, something that the boss was pleased to see from the youngster who is currently on loan at Truro City.

“I thought Dan had a good game,” said Nance. “As with all of the boys who are out on loan, it can only help their development as they can play in both the Central League and with their loan club.“

In truth, it was a fairly even affair until Rooney broke the deadlock. Some neat play from Oscar Threlkeld, who then fed Alex Battle on the far side and his inviting cross found the midfielder, who calmly slotted home for 1-0 on 31 minutes.

“I thought there were some good performances,” said Nance. “We are disappointed to concede so late, I won't lie about that, but I was happy with most of what went on.”

First-team defenders, Ashley Smith-Brown and Tafari Moore started the game as did on-loan Threlkeld, but Nance dismissed the idea that there was a massive gulf in experience between the two sides.

He said: “Although Ash [Smith-Brown] and Taf [Tafari Moore] have played first-team minutes, they are still relatively young boys. We had a young team as well. Mike Peck and Tom Purrington are both still apprentices, so I am not too disappointed. It was a nice bright, positive afternoon in many ways. “

After the hour mark, Ash and Taf were replaced by Harry Hodges and Ryan Law, as the youngsters went in search of a goal that would have ultimately killed the tie off and got us back to winning ways following a recent defeat away to Wimbledon.

The Pilgrims looked to have weathered a late surge of pressure from the visitors who had only gained five points from their eight games, when Coops gratefully plucked a cross out the air.

However, skipper Joshua Neufville teed up number seven, Hong Wan, and his strike was very similar to the one that gave us the lead, as he ran on to the cutback and fired past the outstretched arms of the keeper.

In the dying minutes, it was Argyle in the ascendancy, Tom Purrington’s goal-bound shot was deflected for a corner. From that, Isaac Burdon, with the last action, headed agonisingly over at the back post to leave the final score 1-1.