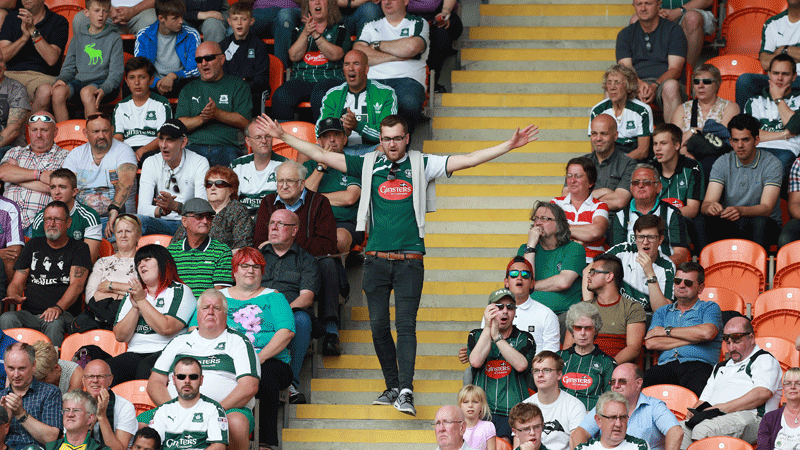 THE Pilgrims will arrive at Bloomfield Road on Saturday afternoon to face a club enjoying a renaissance off the pitch.

A recent change of ownership has seen a huge number of Blackpool fans return to their club and Argyle will have to contend with a buoyant atmosphere if we are to secure three valuable points in Sky Bet League One.

In contrast to some turbulence off the field, the Tangerines have consistently flirted with the play-off positions this season, typified by a comfortable win at Bradford last weekend, and the Pilgrims will need their best form to secure a positive result.

“It will be a different atmosphere,” said Argyle manager Derek Adams. “The first game after the new owners came in had a very big crowd and I think the attendance will be high on Saturday, which does change the aspect of the game in terms of the atmosphere.

“We’re playing against a team that has done really well this year. They’re still trying to get in the play-offs and we’re trying to get ourselves into a good position.

“They got off to a very good start and one of the teams that have always been able to pick up good wins when they’ve needed it. They did that last weekend at Bradford.

“It is another long trip but we’ve won there in the past, and a venue we enjoy going to. Graham Carey scored a magnificent goal the last time we went there.

“It’s a good ground and a venue everybody enjoys visiting. The crowds have increased and the more supporters in the stadium, the better atmosphere for everyone.”