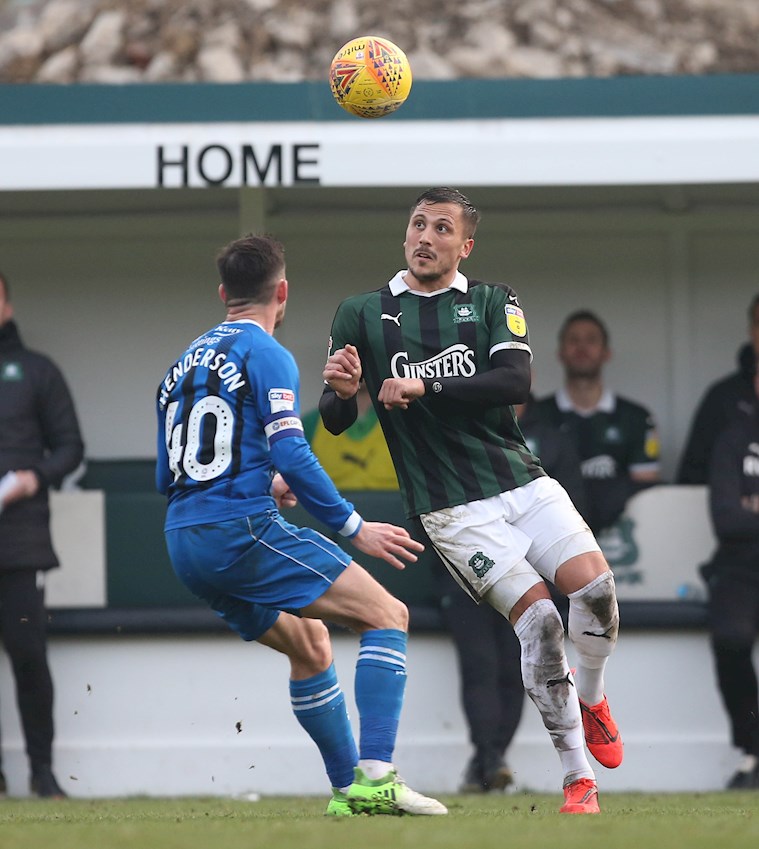 ARGYLE manager Derek Adams has indicated that midfielder Antoni Sarcevic will play from the start against his former employers, Shrewsbury Town, on Tuesday evening at Home Park in Sky Bet League One.

Sarce had to sit out the last two fixtures, an away defeat to Jack Ross’ Sunderland, and an impressive 0-0 draw at home to league leaders Luton Town on Saturday, as a result of picking up a tenth yellow card in the rout of Rochdale on February 23.

Derek is looking forward to having his number seven back among his starting Pilgrims and Sarce may get the chance to play in back-to-back games against former employers, as a trip to Fleetwood is the next destination for the Greens on the road.

“Antoni [Sarcevic] will come straight into the starting 11,” said Derek. “He gives us running power, he is a goal threat, he can win the ball back and also create attacks from midfield.

“He is a big player for us, so we are delighted that he is back in. [He will be] looking forward to playing against his old clubs, but I’m not looking at it that way, I’m just trying to get one of my best players back into the team.”

Despite competing well with two sides at the summit of the table, and gaining a point to show for their efforts, Derek refuted the train of thought that a period on the sidelines was a good thing for Sarce.

He said: “[it did not help him] because he was in a good vein of form and was as disappointed as everyone when he missed out, but that’s what happened. He’s missed two games that we performed well in but when you have your main player coming back, we want to start him.

“I think it is always good to have that [competition] and we have very good competition for places, but we will make changes, not only in the starting 11, on the bench as well.”