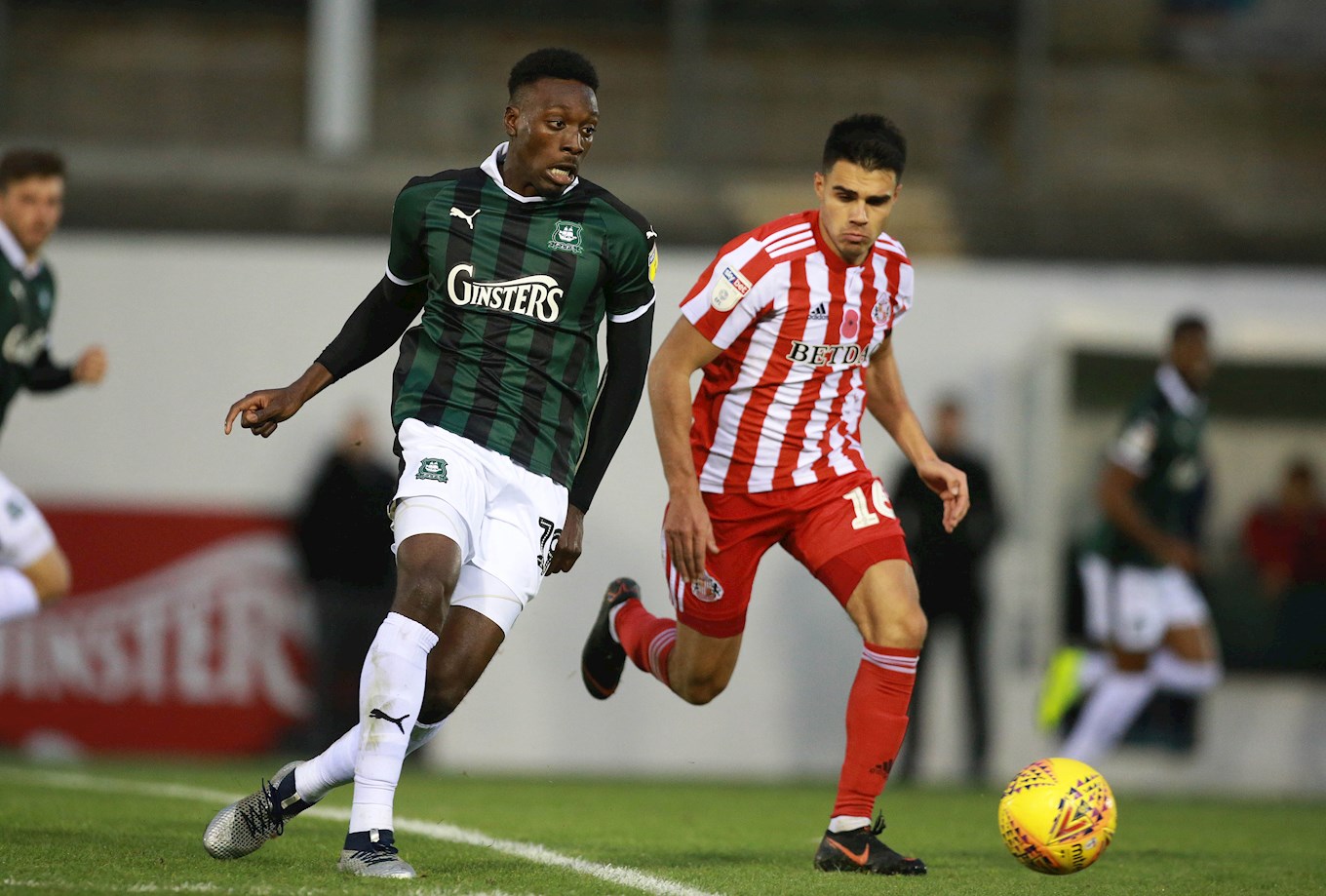 ARGYLE manager Derek Adams believes, despite Sunderland’s faultless home record, his Pilgrims can be more than a match for the Black Cats this Saturday in Sky Bet League One.

Jack Ross’ side have only lost twice all season but have drawn eight times on their home patch, and Derek is confident of getting a positive result.

He said: ”We want to go there and try to get another three points. We have 12 games to go now and have put ourselves in a far better position, and we want to keep on moving up the league. “

Only Luton have amassed more points than us over the last eight games (20) and our current form is evidence that breaking Sunderland’s home record is achievable.

“We always enjoy trying to break records, we have done it many times in the past and we will look to try and do that on Saturday,” said Derek. “We are one of the form sides in the league and that is testament to the players and how well they have responded.”

Sunderland sit third in the table but, even when they came to Home Park and won 2-0 earlier in the campaign, the scoreline was probably not a true reflection of our play that day.

“We were unfortunate on the day, we just didn’t take the opportunities when they came along when it was 0-0 and they were fortunate to get the lead, but we go there in better form than we were the last time,” said Derek.

“There are a number of strong sides in the division and Sunderland are one of them. We all thought they would be at the top end of the table and that’s where they are.

“We have obviously got players that can score goals and that can create chances, and we will need them on Saturday.”