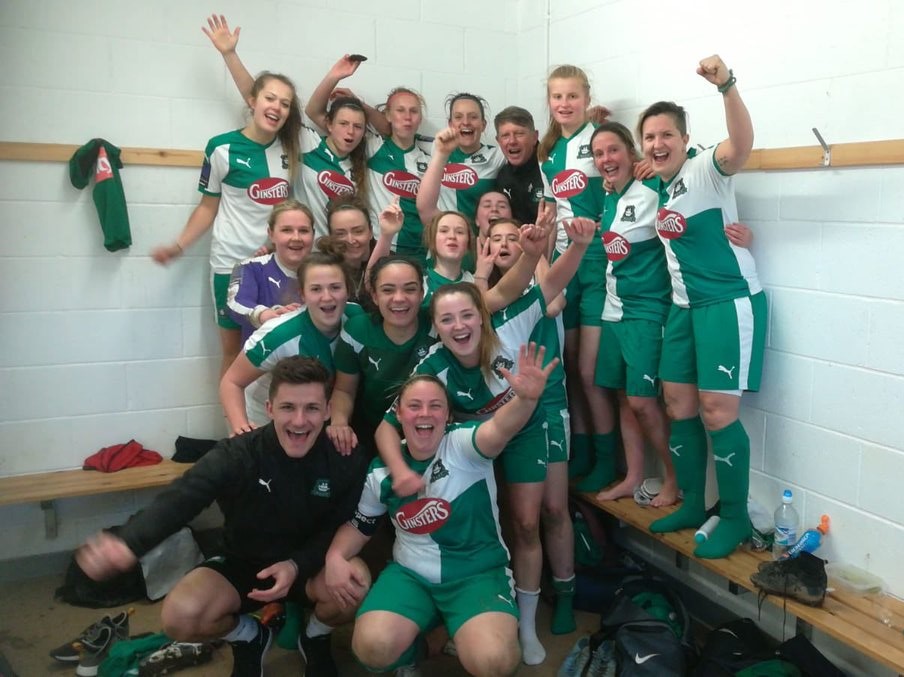 An Alex Hugh double ensured that our development side got the point they needed to clinch the divisional title. Argyle dominated the first-half, but were only able to convert one opportunity, taking a slender lead into half-time courtesy of Hugh.

The second half was a different matter, though, as the home team started off the stronger and a fizzing effort struck the Pilgrims’ crossbar within minutes of the restart. It was a sign of things to come, and St Agnes were level just sixty seconds later.

An effort from close range cannoned off Hugh, which forced Amy Darnley into making a reaction save. Unfortunately, Darnley’s stop ricocheted off Hugh and the ball bounced into the unguarded net for a very bizarre goal.

Following the equaliser, the home side continued to press, and they gained the lead through Debbie Duncan. With the title on the line, Argyle responded in positive fashion, forcing a couple of corners in quick succession. St Agnes could not clear their lines and after a shot from Medd-Gill was charged down, the second strike from Dani Salt struck the hands of the defender and the referee had no hesitation in awarding the penalty.

Up stepped Hugh, again, and she made no mistake in firing home the penalty. The Greens very nearly completed a perfect day when Kiara Robins saw her long-range effort cannon off the crossbar, before being fumbled on to the post by the St Agnes goalkeeper. It did not matter, though, as the full-time whistle went, sparking massive celebrations for the newly-crowned champions.

Manager Rob Bonney was delighted at clinching the league title, overcoming their nerves: “We started really well but nerves seem to creep in and the enormity of the occasion seemed to affect our normal game,” he said.

“What we need to remember is that a lot of these players were in girls football last season and this probably was the biggest game of their very short careers so far. They were up against a very strong and mature side.”

Meanwhile, the senior side succumbed to a late equaliser against Gillingham, having previously been on course for an impressive three points in the FA Women’s National League Southern Premier Division.

Argyle attacked with purpose in the early stages, with Amber Pollock, Zoe Cunningham and Kayley Lane all going close to opening the scoring in the first-half. Their continued pressure was eventually rewarded in the 19th minute, when Lane took a quick throw in that found its way to Cunningham -who drove across the edge of the penalty area before letting fly into the roof of the net.

Argyle started the second half as they ended the first – on the attack. They were denied what looked like a stone-wall penalty when a crude challenge felled Cunningham. After receiving extensive treatment, she was surprisingly shown a yellow card for simulation.

Argyle kept plugging away, and a great cross by Becky Dandridge ended with Pollock shooting wide. A rare mistake at the back then let in Gillingham, who shot wide. Such was Argyle’s luck, a great run by Jones found Dandridge, who had the simple task of firing the ball into the net, but it bobbled before impact, and she fired it ten yards over the crossbar. Nothing seemed to be going right in front of goal.

With the game going in to time added on, Argyle were hit with a sucker punch when Milly Waud lofted the ball into the top corner of the net to snatch a point for the Gills, who had barely threatened all afternoon up until that point.

Sometimes, it’s just not your day.