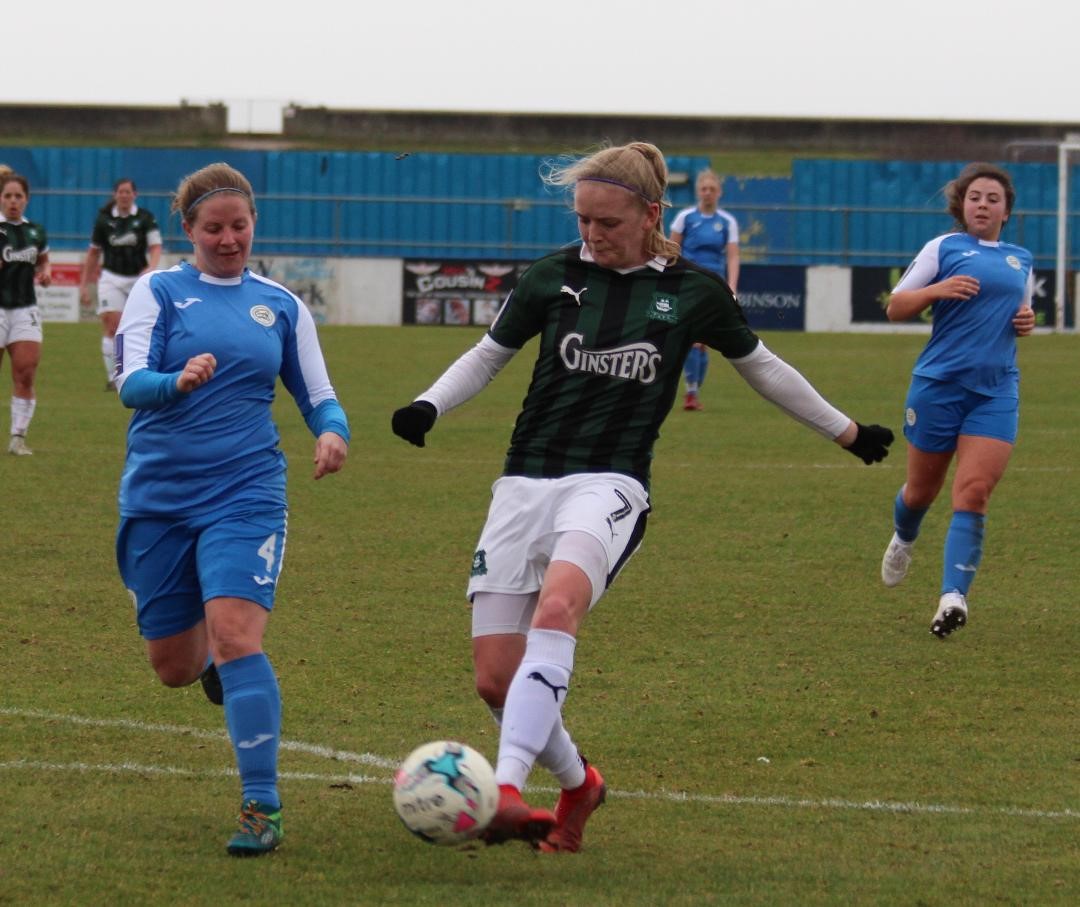 Goals from Helen Bleazard and Kayley Lane in the first half were enough to secure a 2-0 victory, as both sides toiled throughout in the difficult blustery conditions.

The Pilgrims had made five changes to the squad that defeated Queens Park Rangers the previous weekend and really encouraging to see the strength in depth available, particularly with teenagers Nicola Champion and Kelly Vinnicombe, plus Tamsin Medd-Gill, impressing on their debuts for the first-team.