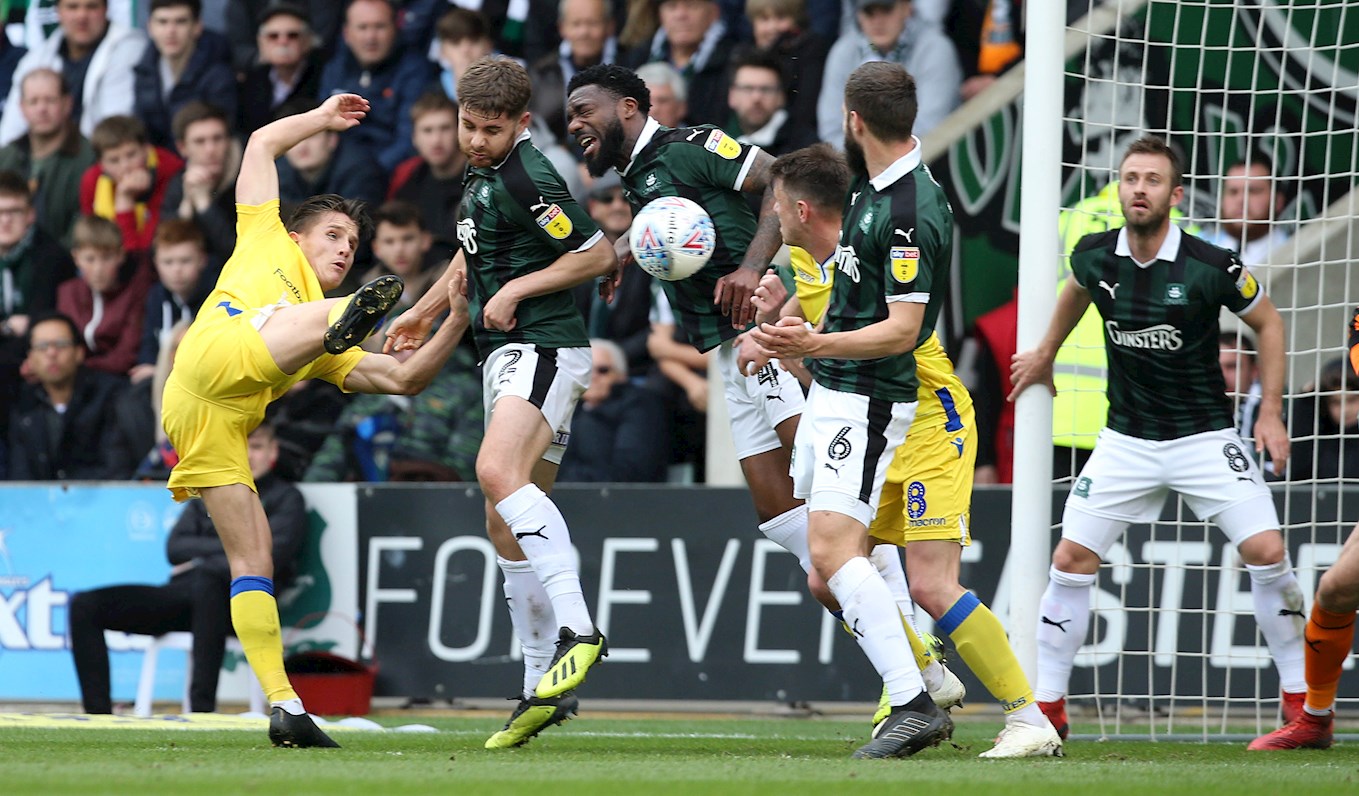 “Obviously we’re all a bit deflated,” said Ness, enjoying his first competitive start since his return from injury. “We felt we should’ve got the win, to concede late on like that feels a bit like a loss. We’ll regroup, we’ll go again, we’ve got another big game at Blackpool next week, so preparation starts now for that.”

Argyle twice had the lead in the second-half, first through Ruben Lameiras, before Tony Craig’s own-goal looked to have given the Greens all three points. It wasn’t to be, however, as a last-gasp header from Gavin Reilly broke Pilgrim hearts.

“It’s gutting, really, to work so hard and defend so well for the majority of the game,” said Ness. “I don’t think they had that many chances at all, Mace [Macey] made a great save towards the end of the first-half, and obviously the lad [Clarke-Harris] put one in from thirty yards, but apart from that we never really looked tested. It was disappointing to lose what we thought was a soft goal at the end.”

The Greens, though, were powerless to stop Rovers’ first goal, as Jonson Clarke-Harris conjured up a special strike from almost nothing to make it 1-1. Argyle’s response to that was positive, which the Pilgrims midfielder thinks bodes well for the remainder of the campaign.

The disappointment of a last-minute equaliser aside, other results on Saturday afternoon means Argyle have gained an extra point’s cushion over the side occupying the relegation places, which could be vital as an ever-tightening League One race reaches its conclusion.

“I know we’re four points from the bottom four, so technically it’s a point gained, but it doesn’t feel like that at the moment,” said Ness.

“We’re just trying to put as much distance between ourselves and the bottom as possible, and start to cement our place in the top-half, hopefully. We’ve got an opportunity to do that at Blackpool next week, they’re going well, it’ll be a difficult game, but it’s one that we’ll be up for.”