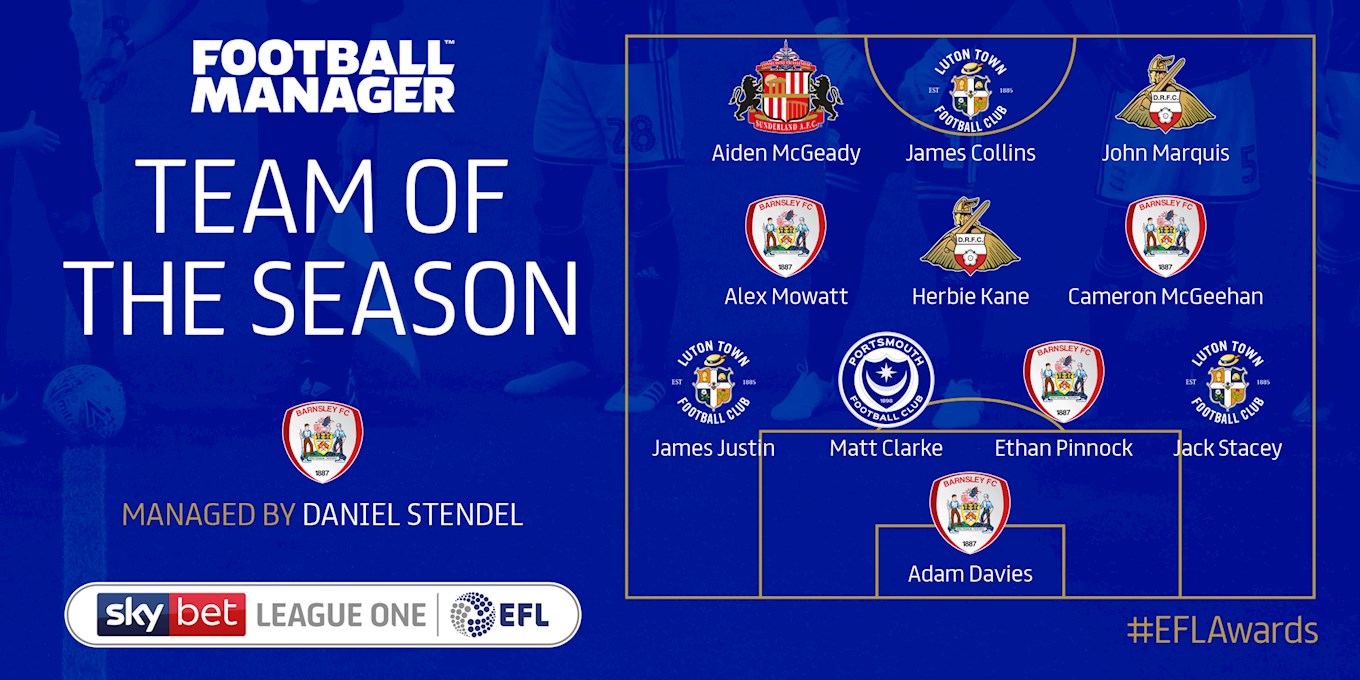 THE shortlists have been revealed for the eagerly-anticipated 2019 EFL Awards, taking place on Sunday, April 7 at the Grosvenor House Hotel on Park Lane in London.

Awards will be given out across 13 categories, with players, managers, Clubs and legends of the game set to be honoured and recognised for their achievements.

The Sky Bet Championship’s Player of the Year shortlist features the current top three scorers in the division, with their goals firing their respective Clubs to vital victories throughout the campaign. Birmingham City’s Che Adams has enjoyed somewhat of a breakthrough year – despite impressing in spells in previous seasons, the forward has added consistency to his undoubted talent.

The Championship’s leading scorers and table toppers, Norwich City, have entertained spectators at Carrow Road from the start. Four points clear at the top, Teemu Pukki has been an integral part of that. The Finnish forward has 24 goals, a divisional high, and nine assists, proving there is more to his game than simply goals.

Completing the list is Sheffield United’s captain and talisman Billy Sharp. His 22 goals in the league have catapulted the Blades into promotion contention. Earlier this season, Sharp scored what was his 220th goal since making his debut in 2004, surpassing Rickie Lambert as the leading goalscorer in the EFL this century.

For the highest honour awarded in Sky Bet League One, three players have been shortlisted for the prestigious Player of the Year prize. Luton Town’s talisman James Collins has been a revelation this season, as the Hatters remain on course for back-to-back promotions with his 20 goals, a divisional high, a large part of their success so far.

Aiden McGeady’s 15 goal contribution, including five assists, have given Sunderland the chance of an immediate return to the Championship, whilst John Marquis has spearheaded Play-Off chasing Doncaster Rovers with 18 goals in the competition, a number only bettered by Luton’s Collins.

The shortlist for the League Two Player of the Season features a Bury-double, as Danny Mayor and Jay O’Shea join Tranmere Rovers’ James Norwood on the list. O’Shea’s 15 goals from an attacking midfield position, coupled with Mayor’s ever-present consistency in Ryan Lowe’s side have given the Shakers a platform to challenge for automatic promotion. James Norwood, the League Two top scorer with an impressive 26 goals, needs little introduction, with his goals firing Tranmere into the Play-Offs as things stand.

The EA Sports Young Player of the Season shortlist consists of Derby County’s Harry Wilson, James Justin of Luton Town, and Max Aarons of Norwich City. As sponsor of the award, EA Sports will be hosting an online vote, which goes live on Wednesday 27 March, equating to 25% of the overall result, with the other 75% made up of votes from the EFL Awards judging panel.

All 72 EFL managers were invited to vote for their players of the season, with votes also compiled for the Championship, League One and League Two Teams of the Season (full details below).  The overall EFL Team of the Season will be announced on the night of the Awards.

The Sir Tom Finney Award and Contribution to League Football award, alongside the inaugural Screwfix Moment of the Season, will be announced on the night, whilst the 2018 Hawk-Eye Goal of the Year will be voted for by those in attendance on the night.

Sky Bet League One Player of the Season

LFE Apprentice of the Year – Championship

LFE Apprentice of the Year – League One

To be announced on the night

The EFL Awards audience will vote for the overall winner.

FOOTBALL MANAGER TEAM OF THE SEASON - Sky Bet League One