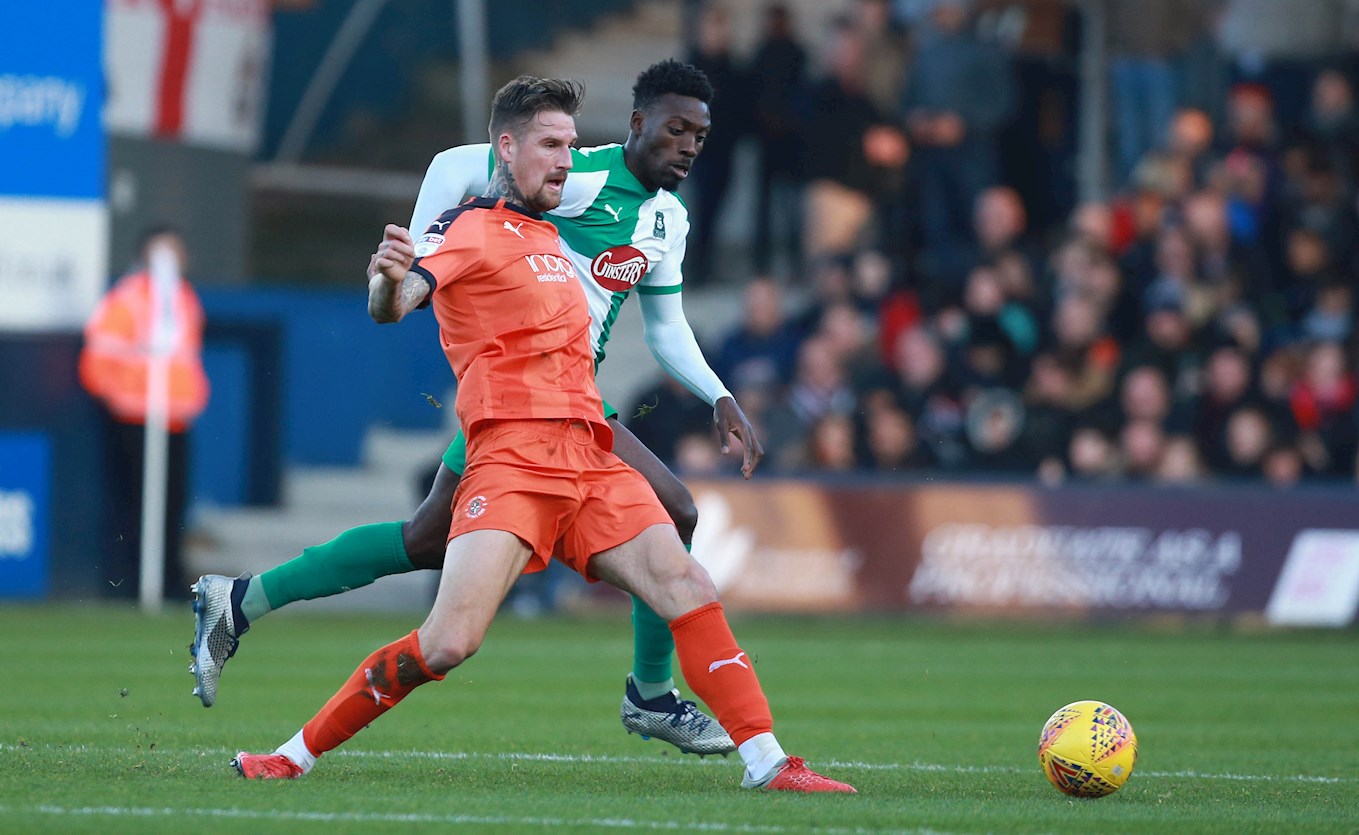 ARGYLE welcome the top side in Sky Bet League One to Home Park on Saturday and striker Freddie Ladapo is determined to match their desire.

Luton Town are five points clear at the top of the table and have enjoyed fantastic form all season, including an impressive 5-1 win over the Pilgrims back in October.

While it was a painful result for the Greens, Freddie is determined to make a big impression after being largely isolated in the defeat at Kenilworth Road.

“That’s how it can be when you don’t bring the quality on to the pitch,” said Freddie.

“I remember my days when I was in non-league playing for Margate, you’d go to matches thinking ‘I could score a couple here’ or ‘we could win’ and when you’re chasing that title, the game becomes more important and you try a little harder.

“I think we all really struggled in that game, I don’t think I saw much of the ball because they had it for the majority of the game. How we started off that game wasn’t in the best way, we conceded too early and then kept conceding and we weren’t really tight as a collective.

“They’ve got strikers who are scoring 20-plus goals, midfielders who are assisting all the time and defenders who are keeping clean sheets, so, if we are going to stand a chance, we need to match all of that.”

Argyle can take comfort from their own superb surge in form since that October loss and a measure of the confidence in the two sides that both Pilgrim boss Derek Adams and his Luton counterpart, Mick Harford, have been nominated for the Manager of the Month award.

“The vibe has been good this year, starting off with a lot of wins, some draws and only a couple of losses,” said Freddie.

“We have a lot to take to this game. They’ve had a great season, their unbeaten run stretches to over 20 games and I know when you’re up the top, you come to games with a buzz and I think we are going to have to match that buzz and that desire that they’re going to bring.

“As a whole, we need to match everything that they’re going to bring; their quality, their desire, their work rate, everything. We need to match all of that and hopefully we can give them a good test.

“Look at Manchester United coming back from a 2-0 home defeat in the Champions League,

“Things are meant to be broken.”