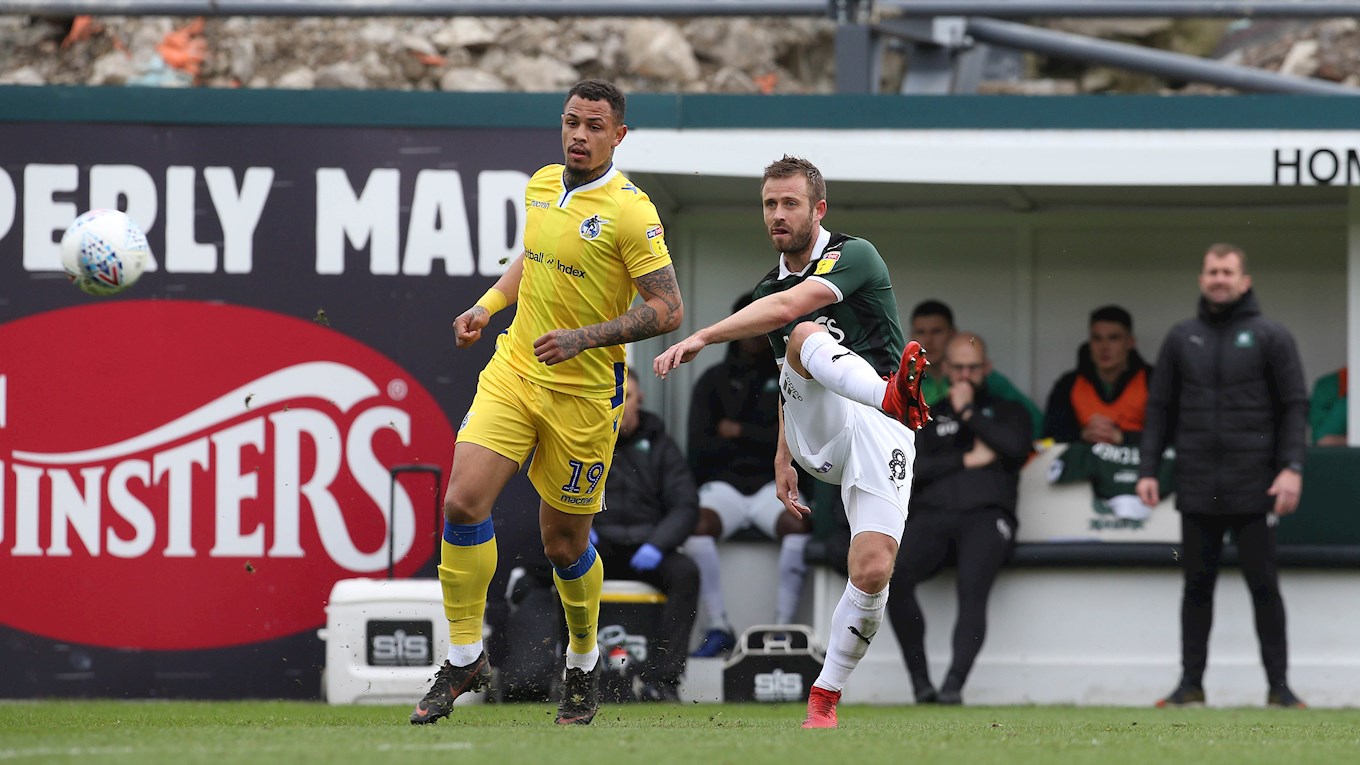 ARGYLE have three injury concerns for the weekend trip to play Blackpool in Sky Bet League One.

Graham Carey missed the 2-2 draw with Bristol Rovers last Saturday with a back complaint, while Joe Riley and David Fox were both forced off with knocks.

Manager Derek Adams remains confident all three will have a strong chance of being involved at Blackpool and a special occasion for Foxy, who spent three years with the Tangerines in the early part of his career.

“We’re very hopeful all three of them will be fit,” said Derek. “Joe Riley went off with an ankle injury, David Fox groin and Graham Carey has been out with a back injury, which was causing a problem in his hamstring.

“We’re hopeful all three will be ok. We’ve got two players out long-term injured in Conor Grant and Joel Grant. Between now and the end of the season, that’s the way we want to keep it.

“David will be very keen [to play against his old team]. He’s been a very important player for us with his ability to keep the ball moving and play the ball into good areas.”

Whoever takes to the field on Bloomfield Road on Saturday, it will be an opportunity to remedy the frustration of conceding a late equaliser to Bristol Rovers at Home Park.

There was, however, some small consolation in that Rovers lost 4-1 to Doncaster in midweek, ensuring one of Argyle's many rivals in the race for survival remain below us in the table.

“I’m still extremely disappointed not to have won that game,” said Derek. “To be ahead in the match and concede so late, and lose the two points, which would have put us in a good position, was disappointing.

“With Bristol Rovers losing in midweek with their game in hand, that was obviously beneficial to us. We go to Blackpool this week but obviously wish we had all three points instead of the one [against Rovers].

“We go from picking up a point against Bristol Rovers, probably should have been three, but we’ve got another point on the board.”