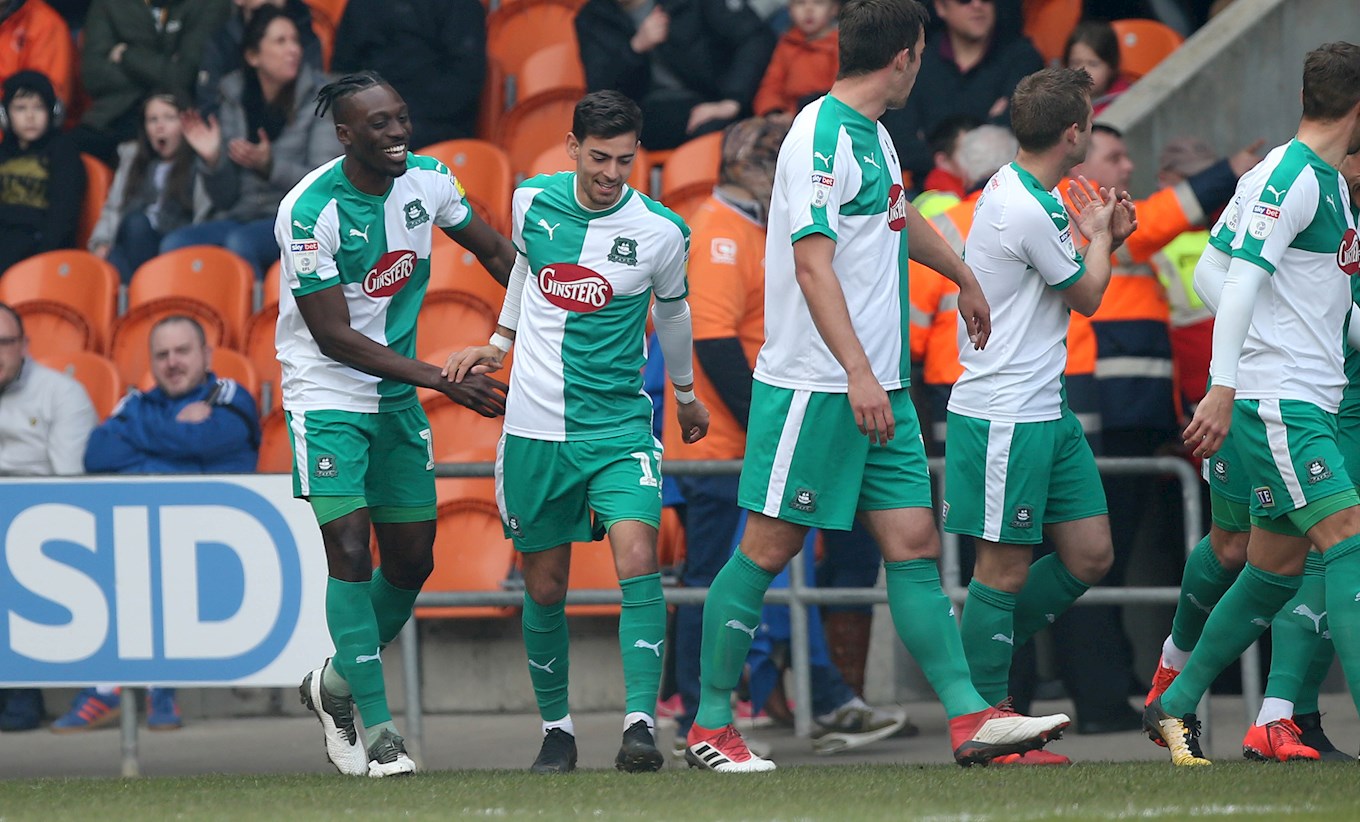 Freddie Ladapo fired us into a dream three-minute lead and Eddy himself scored with a header on 73 minutes for a 2-0 lead.

Eddy, however, did highlight that football contains ‘fine lines’ and had Graham Carey’s excellent free-kick been a few inches to the left, it would have been curtains for Blackpool and a well deserved three points for Argyle.

Unfortunately, the reprieve allowed Marc Bola and Curtis Tilt to score for Blackpool in the final ten minutes and deny Argyle all three points.

“It is those fine lines, it didn’t go in [Carey’s free-kick] but they shouldn’t have had a goal, they’ve had two chances, which they’ve scored from, through our lack of game-management,” said Eddy.

"We haven’t learned from last week. I believe it is another point gained from teams around us, we just have to go again and get over the line sooner rather than later. “

The defender was frustrated over the fact that the very same thing occurred last Saturday in the Westcountry derby against Bristol Rovers, and it is something that needs to be addressed.

He said: “It happened last week, we haven’t learned from it and it’s happened again. I suppose, maybe you would have taken a point coming here against a play-off team, who are going for it, but not when we are 2-0 up with 10 minutes to go. The way we played, the chances that we created but never took, we take one point instead of three, which is disappointing.”

Eddy’s goal has meant that there are now five points separating Argyle from the chasing pack looking to avoid relegation and he wants to make that possibility impossible as soon as he can.

“It could be [the goal that keeps us up],” he said. “Teams behind us have got to pick up a lot of points to get over the line, which is going to be difficult with some of the fixtures they’ve got but you never know in football. People are fighting for different prizes and different targets. We have to get over the line as quickly as possible.”