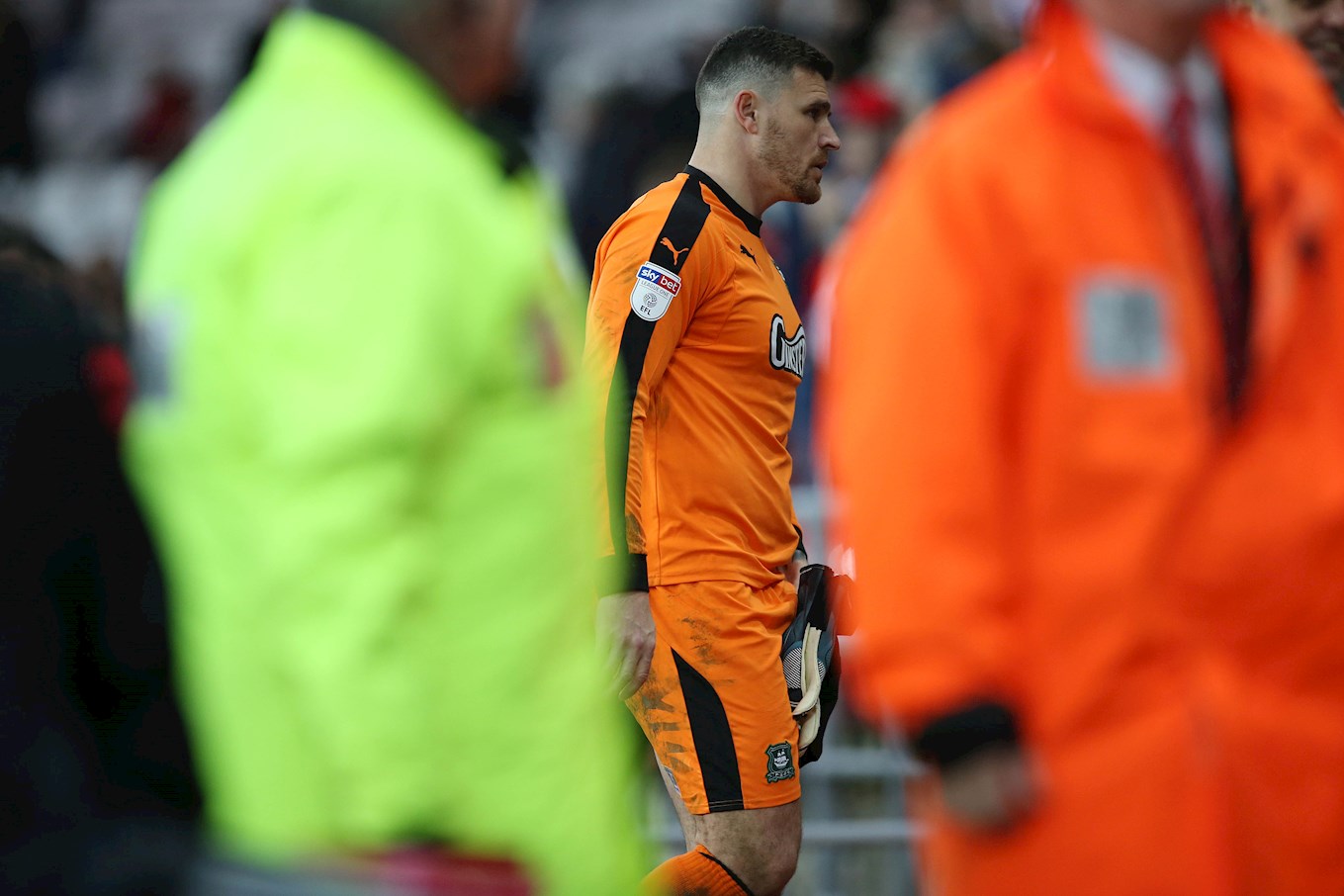 In From the Cold

ARGYLE goalkeeper Kyle Letheren has been going to extreme lengths to get himself fit and in contention for a starting spot once again after sustaining a groin injury.

Kyle started the season as Matt Macey’s understudy, but performed admirably, when he took Matt’s place, due to injury, for the 1-1 draw v Burton Albion on December 29 and in the 10 games that followed, helping the Pilgrims amass 20 points in that time.

The Welshman picked up the injury in the last quarter of the 2-0 defeat to Sunderland at the start of March and had to be replaced by Matt Macey for the closing stages, but is hoping to be fit for the trip to Blackpool in Sky Bet League One this weekend.

“The tendon on my groin is inflamed,“ he said. “I went for a scan on the Tuesday [after the Sunderland game], so its just some inflammation I hoped it would have settled down by now.“

Entering a cryogenic chamber has not seemed to have made a difference, so Kyle turned to a different, and ultimately more painful treatment method.

“I have even been in sub-zero temperatures to try and get rid of it,” said Kyle. “I was in a cryogenic chamber at minus 140 degrees, it wasn’t the best three minutes of my life but you do anything you can to get back out there.

“I was pencilled in to play here on Tuesday [in the Central League] but I asked the gaffer if I could have an injection on it instead, just to settle it down because it is still niggling away at me. I haven’t trained yet because the injection has to do its work, so I will know more today [Thursday].”

Kyle admits that, in terms of pain, it only seems to appear when making contact with the ball, clearly a vital aspect of the game.

“As strange as this sounds, I have been diving around and throwing myself to the ground, here, there and everywhere,” he said. “As soon as it comes to striking the ball, I start to struggle somewhat.

As a goalkeeper, you can’t play if you can’t take goal-kicks or take set-pieces in and around your own box. It has been a frustrating one.”

“If I am fully fit for Saturday, all I can do is train to the best of my ability and hopefully I’m in his [the manager] thoughts.”