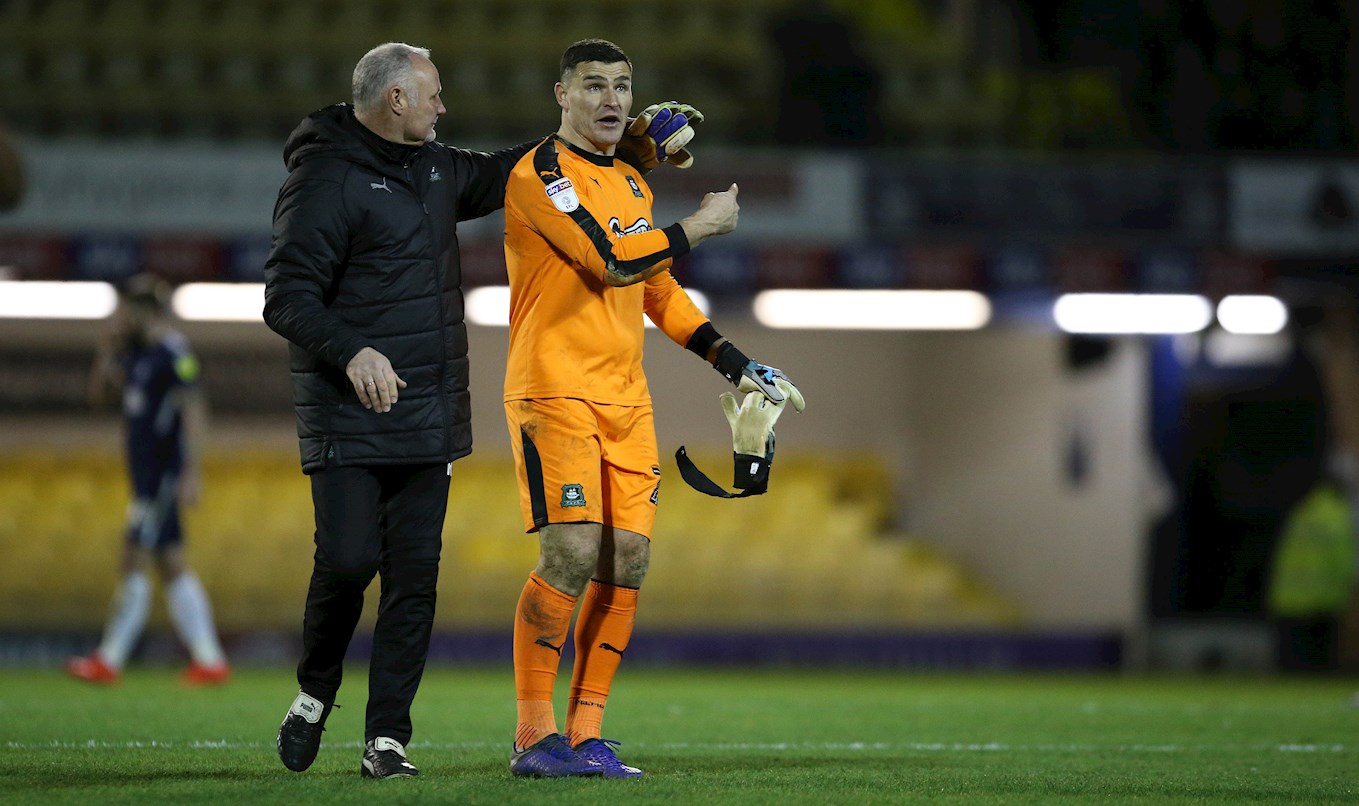 Kyle Back to Pool

ARGYLE goalkeeper Kyle Letheren says, if there is a part of his career that he would like to erase from his memory, it is the time he spent at Blackpool, our upcoming opponents in Sky Bet League One on Saturday.

Kyle signed for the Seasiders in 2015, having won the Scottish Championship with Dundee. He was made aware of unrest within the club, but perhaps was not aware of the scale of the problems.

“I thought I was signing for something completely different but you don’t know until you get there,” he said. “It didn’t really pan out the way I wanted it to, there was a bit of a poisonous atmosphere around the club.

“Obviously, I heard about it previously that there wasn’t a good atmosphere, it's just one of those moves that didn’t work out.”

Blackpool currently sit on 56 points, four away from a play-off spot and Kyle recognises it will be a more difficult game now that supporters are attending home matches once again, after the Oyston family relinquished control of the club.

The Welshman does have sympathy for the fans who had temporarily boycotted the club during a difficult period.

“I have nothing against the fans, the fans that turned up tried to give the club the best support they could,” said Kyle.

“It is good to see them get their club back. I think the town is buzzing and it will be a different club to the one I signed for. In my first game at home, there was a pitch invasion.”

There are many factors surrounding this game for Kyle, but undoubtedly the most important is whether he is fit enough to take part and force his way back into manager Derek Adams’ plans after a groin injury picked up on March 2, away to Sunderland.

“I think its been the story of my career to be honest, I have been going in and doing well then coming out of the team because of injury, and the person that comes in does really well,” he said.

“Obviously, Matt [Macey] is in the team and has continued in good form. Hopefully, now I’m back, it will put that question mark in the gaffer’s head.

“I want to play just as much as Matt does and all I can do is train to the best of my ability, and hopefully I’m in his thoughts.”