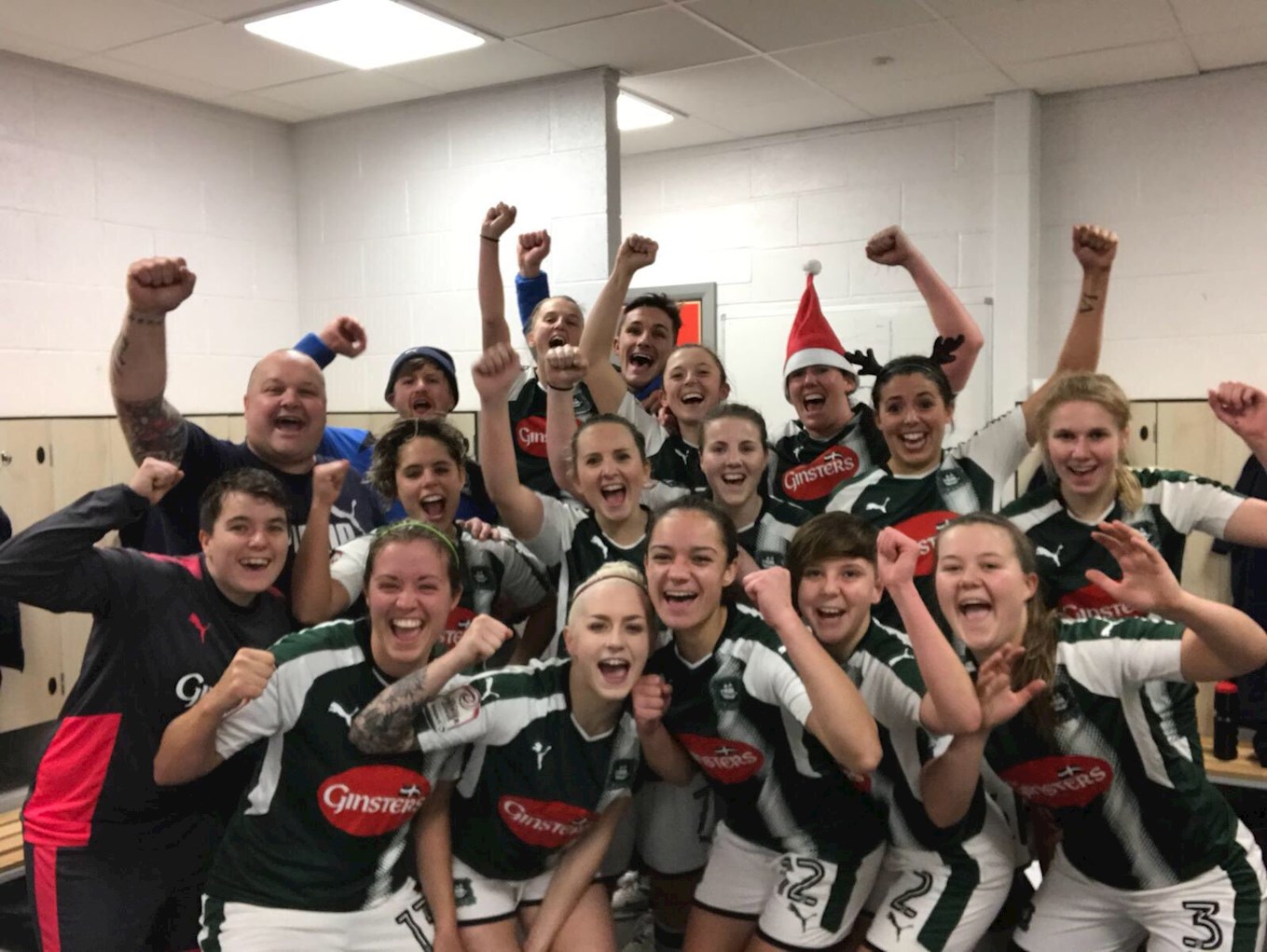 ARGYLE Ladies are looking for maximum support on Sunday, when the Pilgrims take on Portsmouth in the Dockyard Derby at Home Park.

Until this game, the Green Army have travelled to Newton Abbot to watch the team in action at Devon FA HQ, Coach Road, following last season’s promotion to the National League Southern Premier Division.

The last time Argyle Ladies were at Home Park, they played in front of 450 fans, who saw them beat Poole Town 6-1 to seal promotion last season. The day was a great success for the Ladies, who will be looking to showcase their talents again at the Theatre of Greens.

The wide-open spaces of Home Park should benefit the Pilgrims’ free-flowing style on a superb playing surface, and the club would like to thank the Argyle Board of Directors for allowing the game to be played there.

The day will be a celebration of the two cities’ military heritage, and the Royal British Legion and Army Cadets will bring standards to accompany the teams out of the tunnel. Half-time entertainment is being provided in the form of a penalty shoot-out between teams of force cadets.

PAFC Displays have kindly offered to attend with the pre-match flags, and there will be mascots from Drake FC and Plymouth Phoenix Girls FC. The match is being supported by the Green Taverners who are providing refreshments in their marquee.

Kick-off is at 2pm, and gates will open from 1pm. Admission is £5 for adults, £3 for concessions, and under 18s are free, as are season-ticket holders and 1886 Members. Entry will be through turnstiles 11 and 13 in the Lyndhurst, gates open at 1pm and there will be a free match-day programme.

Club chairman Simon Hallett and wife Jane are also attending, along with newly appointed club director Paul Berne. It should be a good day out for the whole family, and support would be greatly appreciated.

Five of Argyle's remaining matches are at home. The season has had its ups and downs, and the Ladies will believe that a top-half finish is not beyond them, with anything up to third in the table still up for grabs.

It has also been a superb season for the Development team, who will clinch the South-West League Western Division title if they secure a point at St Agnes in their final game.