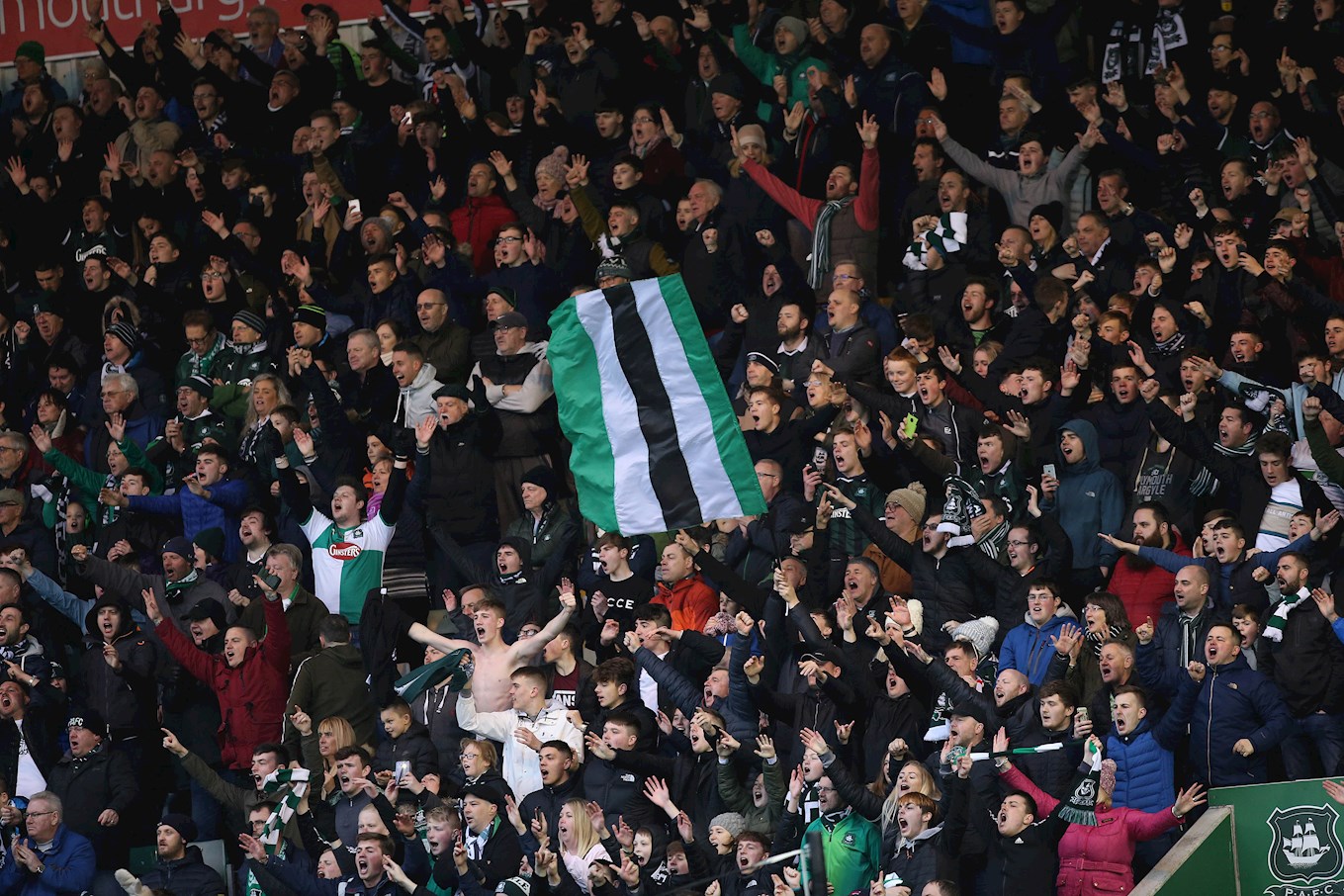 ARGYLE manager Derek Adams feels his players are in buoyant mood ahead of Saturday’s visit of Sky Bet League One leaders Luton Town at Home Park.

The Pilgrims have lost just twice in the calendar year of 2019, but neither defeats occurred at home, and Derek believes that the players will walk out in front of a packed Theatre of Greens having faith in their ability to end the Hatters’ 22-match unbeaten run.

“We’ve done really well at home, recently, winning our last game 5-1 [against Rochdale], so the players are in confident mood,” said Derek.

“We’ve put ourselves in a much better position over the last couple of months with a lot of good victories, home and away. It’s allowed us to catch a number of teams above us, it’s put us in a position where it becomes very tight in the middle of the table, all the way down to 24th position.”

Fixture scheduling has seen some of the Greens’ blockbuster matches converge between February and March, with big home gates against Portsmouth and Luton, as well as a 32,000 crowd away at Sunderland, all occurring within a period of a month, plus a Westcountry derby against Bristol Rovers also looming on the horizon.

Argyle have coped admirably, and, save for last week’s wobble on Wearside, have maintained a steady ascent towards the safe-haven of mid-table obscurity. For Derek, whether it’s the league leaders at home, or any remaining fixture, they are equally important in the Greens’ quest to finish as high up the League One table as possible.

“Luton have sold out their section, and it’s another game where we’re looking to try and do our best at home,” he said. “All the games between now and the end of the season, with 11 games to go, are very big games and we know what we have to do to get ourselves in a good position.”

“We’re always looking to catch the teams above us.”