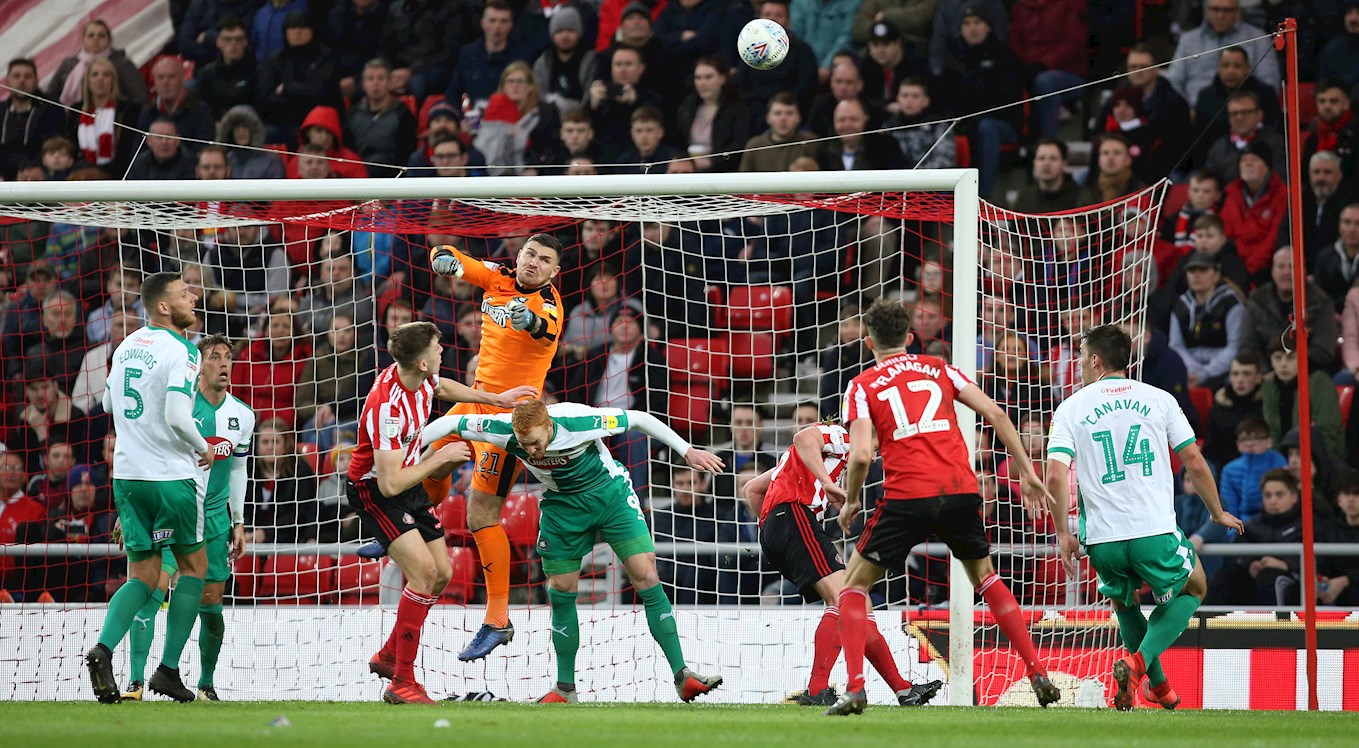 THE superb away contingent present at Argyle’s 2-0 Sky Bet League One defeat to Sunderland on Saturday did not go unnoticed by the playing squad, according to Pilgrims’ wide-man Paul Anderson.

Despite a round-trip of over 800-miles standing between Plymouth-based members of the Green Army and the Stadium of Light, 1,726 supporters piled into the away end, and they could be heard throughout.

“It’s incredible, that journey,” said Paul, who is perhaps now becoming accustomed to life on the road as a Pilgrim. “We obviously had to do it yesterday, it’s a long old way. You have to take your hat off to Argyle fans, they have to do it most weeks.”

Despite not quite achieving a result that the fans would have wanted, they could certainly be encouraged by the Pilgrims’ second-half performance. Anderson, who has a fair bit of experience playing in front of crowds like Saturday’s, feels that the players were disappointed not to reward the travelling Pilgrims for their efforts.

“To do that sort of distance, it’s not cheap,” said Paul. “It’s a long way, you’re probably going to have to stay overnight to get here in time. If not, it’s a very early start.

“All the lads in there know that, and that’s why we’re probably a little bit disappointed that we didn’t put a little bit more on for them. Even at the end, they were singing loudly. They were brilliant.”

Of course, nothing is forever in football, and former Liverpool youth product Paul believes that the squad will bounce back from what is only their second loss of 2019, with next Saturday’s fixture against Luton the perfect opportunity to make amends.

“I think, in football, you always get an opportunity the next week to try and correct it,” said Paul.

“We’ve got Luton next week, that’s not going to be easy, they’re a good footballing side but we have belief in that changing room that we’re good enough to maybe be in a better position than we are.

“The run we’ve been on, prior to myself joining, and the Rochdale game, I think we showed how well we can actually play.

“We have to dust it down, there’s nothing we can do about the result now. We have to focus on the Luton game and I’m sure the manager will have words through the week. We’ll get ourselves as prepared as possible.”