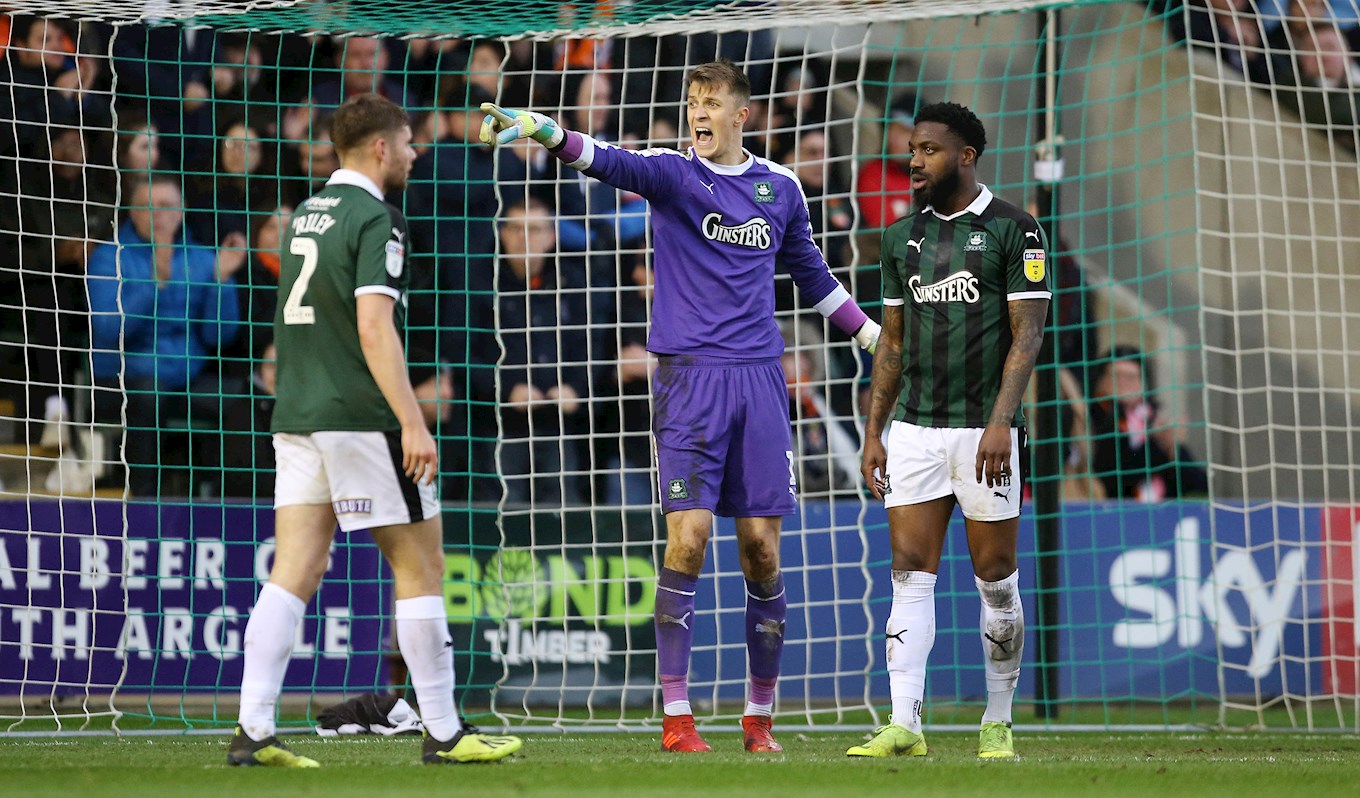 ARGYLE keeper Matt Macey says he must follow in the stud marks of fellow stopper Kyle Letheren if he is to retain his place between the sticks from now until the end of the campaign.

Both 'keepers have spent time on the substitutes' bench this season. On-loan Arsenal custodian started the Sky Bet League One season as manager Derek Adams' number one between the sticks. However, an injury in late December gave Kyle an opportunity to put his stamp on the team, and that he did.

The Welshman played 11 games before he also succumbed to an injury at the Stadium of Light last Saturday. His return coincided with an upturn in form, the Pilgrims picking up 21 points in that time, winning six times

Kyle’s injury in the 2-0 defeat to promotion-hunting Sunderland meant Matt was the custodian for the visit of league leaders Luton Town Home Park on Saturday in which he was able to keep a clean sheet. He knows he has to continue in that fashion.

Matt said: “Kyle has come in and not really put a foot wrong; he set the standard. Unfortunately he got injured last weekend, I’m happy to come in and do my job when I was needed. Of course, I want to try and keep it."

Matt's last appearance came in the 2-1 defeat to Wimbledon on December 26, and feels that he is better as a result of having to bide his time.

“You just have to work hard every day,” said Matt “You have to believe that an opportunity will come, whether its within a week, eight weeks or maybe not this season, if Kyle had managed to stay injury free.

"We have both had that period out the team and come back stronger."