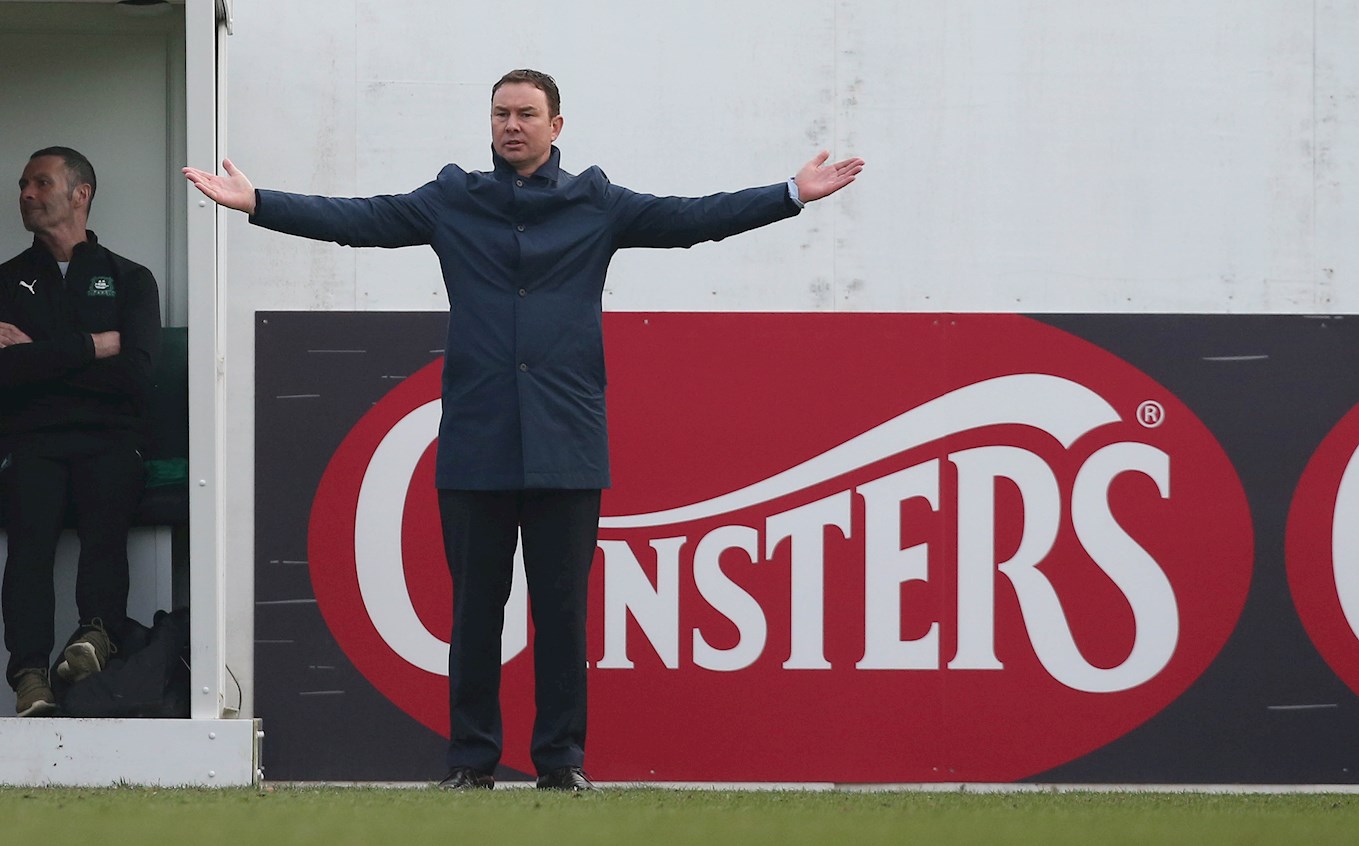 ARGYLE manager Derek Adams is extremely keen to see his side secure all three points against Bristol Rovers this weekend, building up a cushion over the relegation places in the process.

The Sky Bet League One table has grown tighter and tighter over recent weeks, and, despite sitting 12th, the Greens’ gap to the relegation places is just three points.

The mission to create some breathing space starts with the visit of Bristol Rovers to Home Park on Saturday afternoon.

“I think that we still see the situation where, I don’t think that many teams can get above 12th position,” said Derek. “Anybody can finish anywhere, after that, and that’s the beauty of the league campaign at this stage of the season – there’s 12 teams still fighting to stay in the league.”

Argyle’s form in 2019 has been largely excellent, and it has seen them reach the season-high position of 12th, having started the calendar year entrenched in the relegation zone. The competitiveness of the league, particularly sides like Wimbledon and Bristol Rovers who have vastly improved over the second-half of the season, means that the Greens are not out of the woods yet.

“We’ve got points on the board, we want to add to that,” Derek continued. “There are teams down the bottom that have picked up some good wins and still not been able to get themselves out of the drop zone. If you continue to pick up the wins and the draws, then you’ll finish in a good position.

“We’re in the situation where we can open up a gap with the team directly below us and that would be hugely beneficial. We did that on the night against Shrewsbury and we got ourselves in a very good position.

“We are on 45 points. We have eight games to go and they are eight very big games, but we are hopeful we pick up the required points well before then.”

What that required points total is, nobody can be quite sure, just yet but Derek and his team have an internal benchmark that they would like to hit as early as possible.

“If you look at the stats from previous seasons, you can look at the point totals that will enable you to be safe,” he said. “We’re not too far away from that, but we’ve got to go and pick up the points to have that, and then finish the season strongly.

“How tight the league table is, shows you that it’s very competitive.”