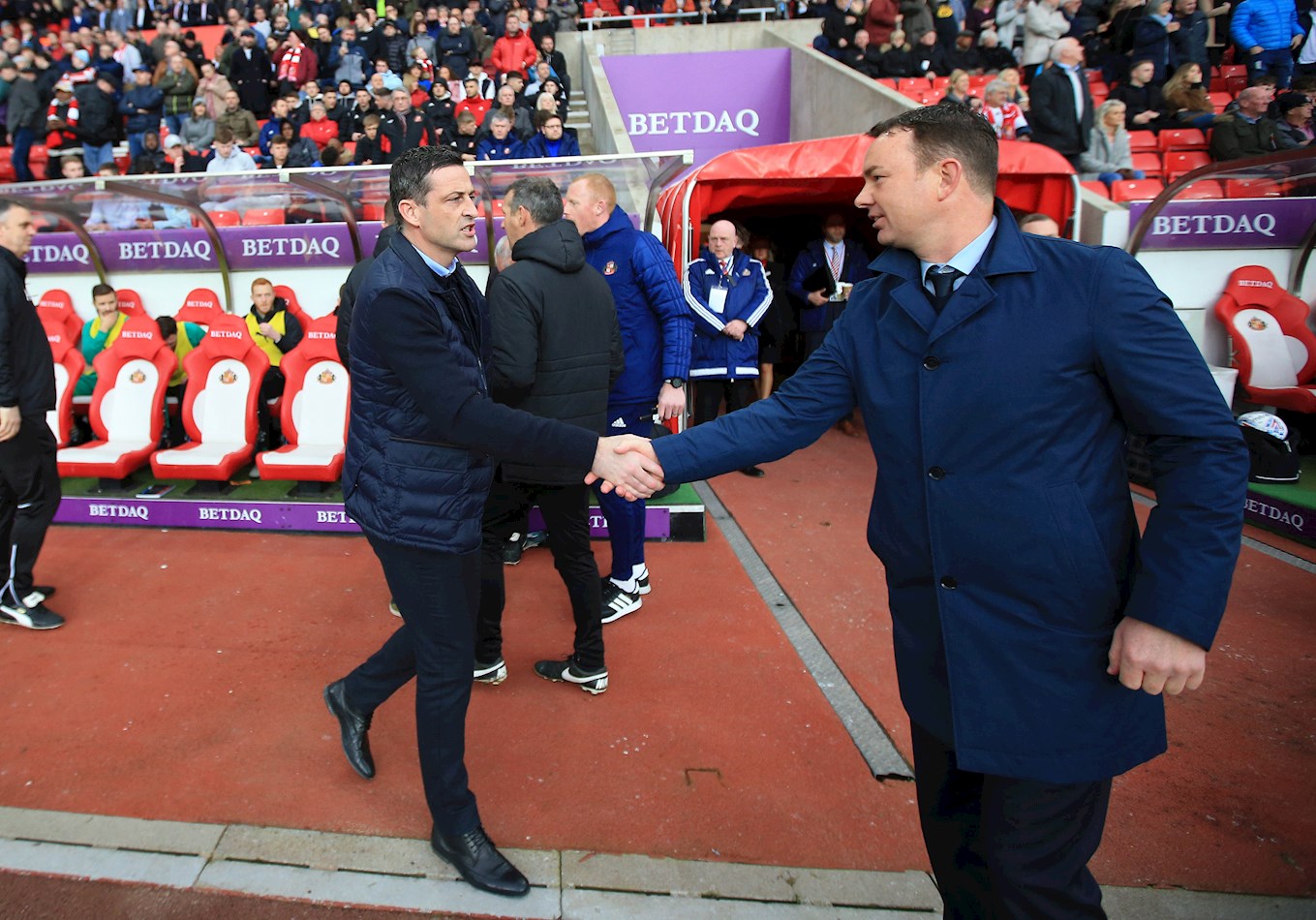 Not At Our Best

ARGYLE manager Derek Adams reckoned that his players were caught in Sunderland’s glare at the Stadium of Light.

The Pilgrims’ first-half display at Sky Bet League One’s most impressive venue was lower than the high standards that they have set themselves since Christmas.

Although they bounced back from conceding a Lee Cattermole goal with a much-improved second-half showing, Argyle could not get back on terms and the home side sealed victory through captain George Honeyman in the final five minutes.

Derek said: “We didn’t play very well in the first half. Our ball-retention was poor; we didn’t press Sunderland enough. It looked like we were scared, to be perfectly honest.

“Some of them are not used to playing in front of 30,000 people and that’s not an easy thing to overcome. We weren’t able, especially in the first half, to cope with that.

“I think the occasion got to too many of the players today. The choice of passing was poor, as well.”

Argyle gained a foot-hold in the game when play was held up so that goalkeeper Kyle Letheren could be treated for injury a few minutes before half-time.

Derek switched shape, which allowed the Pilgrims to take the game to their hosts, but they ultimately joined a list of now 19 teams who have failed to win at the Stadium of Light in the last ten months.

“We changed it when Kyle went down injured in the first half,” said Derek, “and we got a better grip of the game. We were a lot better in the second half.

“I just don’t think collectively, in the first half, we did well enough – passing the ball and keeping possession was a lot better in the second half.

“We forced the players then to play forward and take chances and, with that, we created a few opportunities.

“It gave us a better threat. In that, the full-backs became free in their team but we dealt well with that at times.

“I thought we’d be under more pressure, today, than we were, but it transpired that we did not do well enough when we had the ball, and that caused us a lot of trouble because we gave the ball away needlessly.

“[Sunderland] should really be in a higher division than they are. They have got the resources to be there and we can see the class of some of their players that they have shown today.

“Nobody has come here and won [this season]. It was always going to be a difficult afternoon for us.

“We had to play at our best to get anything out of the game, and we didn’t play anything like it."