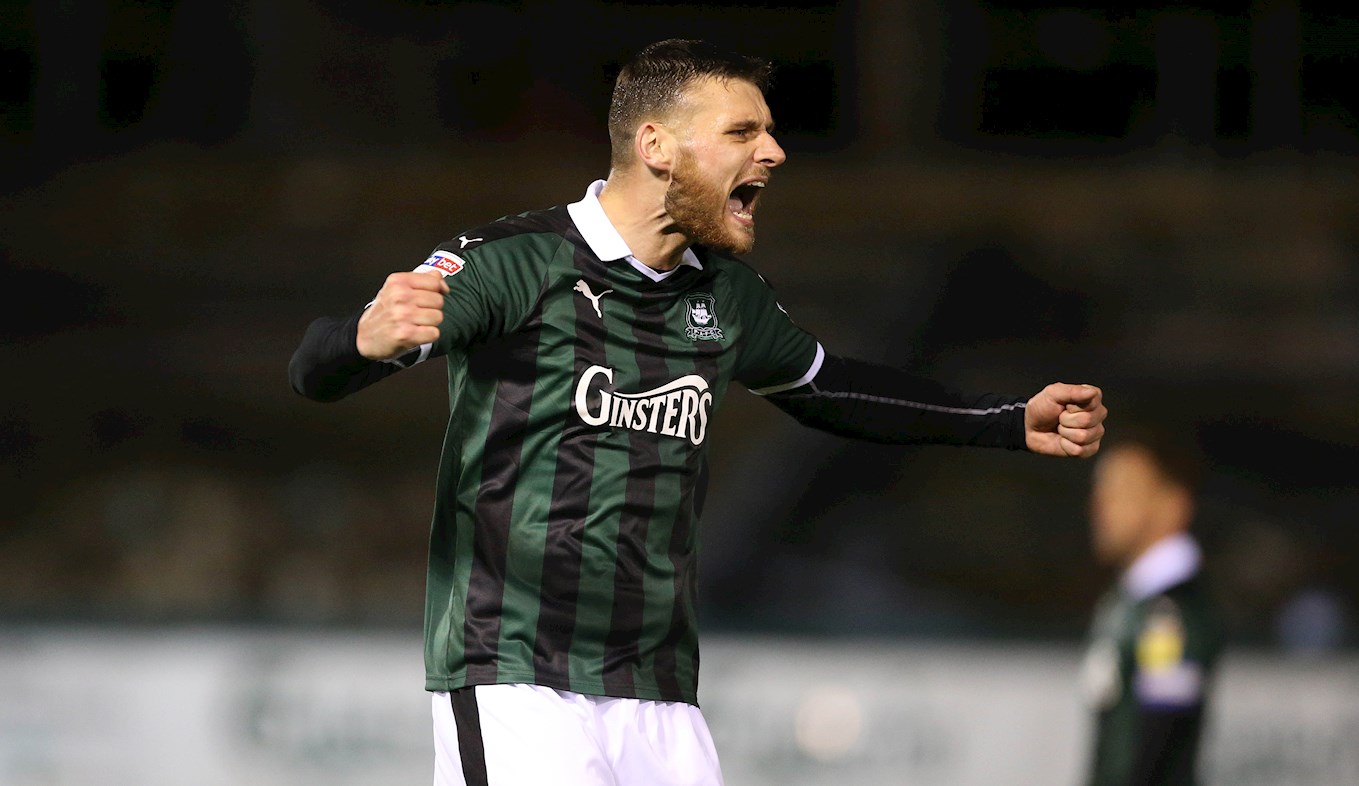 Only The Result Matters

AT this stage in the season, the only thing that matters to Argyle manager Derek Adams is securing the full three points, and so he was delighted that his side did just that on Tuesday night against Shrewsbury at Home Park.

“Three points is vital, and nobody looks at anything other than the result,” said Derek. “We can sit here all night and talk about how many chances we created, but at the end of the day it’s 2-1 for Plymouth Argyle and we’ve got the three points.”

The Pilgrims looked well on their way to securing another hefty win after Freddie Ladapo notched his 16th Sky Bet League One goal within the opening 10 minutes, but, despite creating a plethora of chances, they couldn’t find that key second goal.

The Shrews hit back through former-Pilgrim Oliver Norburn on the hour, and Argyle had to wait until the 88th minute for Graham Carey to smash home the winner from the spot.

“Well, the first-half performance was excellent, we probably should have been 5 or 6 nil up at half-time,” said Derek. “The opportunities we had on goal was very good, we started the game very well. Credit to Ruben Lameiras and David Fox taking a quick corner kick and getting Freddie Ladapo a goal.

“We should’ve been out of sight, won the game, and had the three points in the bag but we gave away a free-kick, right after half-time, we then give away a corner inside that minute, and then a penalty not long after.

“They were able to get themselves back in the match without really troubling us. Physically, they were very good, and caused us problems, but the way we passed the ball, it was a better performance from us tonight.”

Going in at half-time 1-0 up, the Pilgrims knew that results were going their way. Despite a topsy-turvy second-half in which Argyle had to grind out a resolute win, the Greens are now up into the top-half of the Sky Bet League One table for the first time this season, in 12th.

“Going in at half-time, we obviously knew the results everywhere else, and we knew we could get ourselves into twelfth position with a swing of goals,” said Derek. “We’ve been able to do that because Wycombe have lost, but we really should have helped our goal difference a lot tonight, the amount of good openings we got ourselves into and didn’t finish it off.

“It’s extremely tight, and we’ve had a difficult period of games, we’ve still got nine games to go, and we’ve obviously got a number of wins that we require to put us in a good position.”