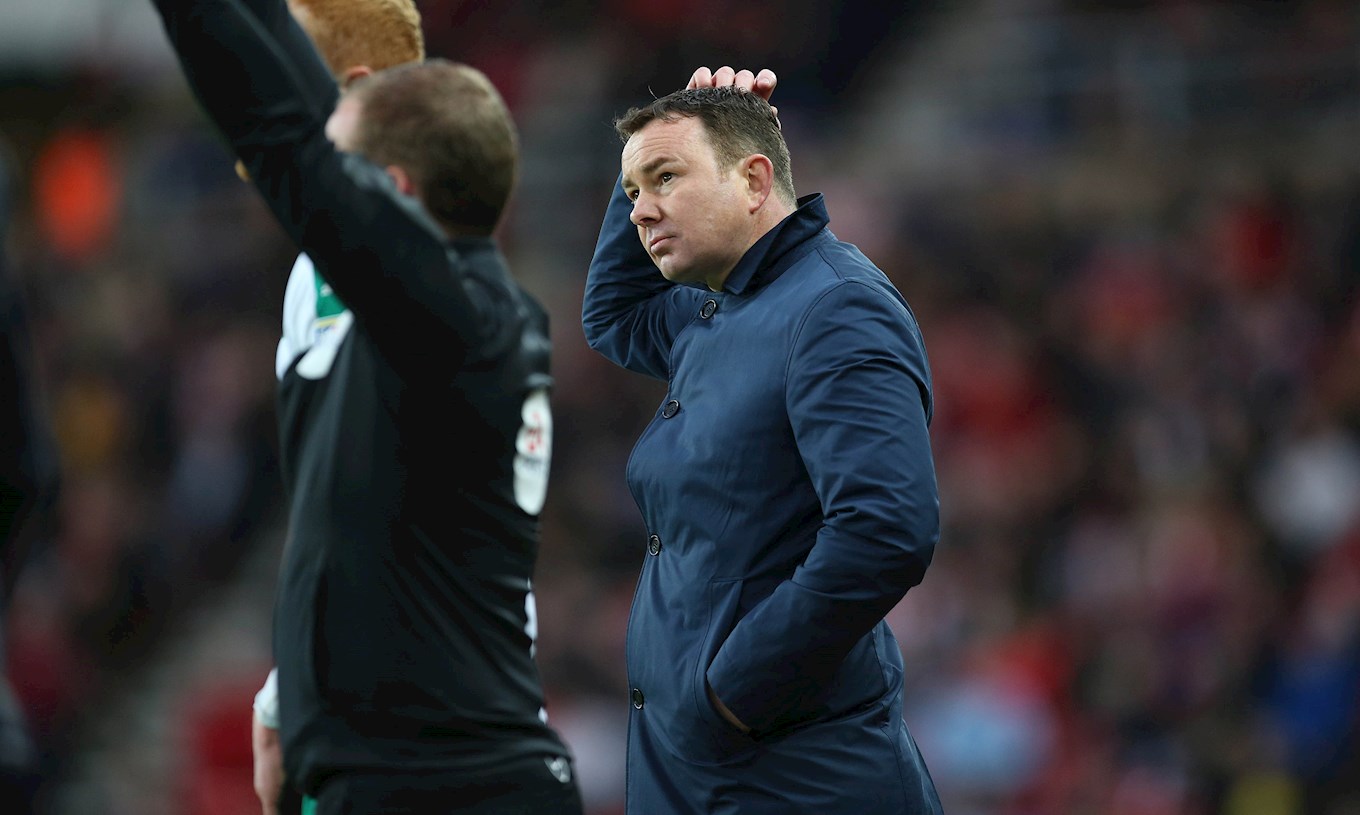 IN a game that was always going to be light on opportunities, Argyle felt aggrieved that they were not awarded a penalty at a crucial stage of Saturday’s 2-0 Sky Bet League One defeat by Sunderland.

Derek Adams’ side trailed to Lee Cattermole’s 32nd-minute strike at the Stadium of Light but were in the ascendancy in the second half when Gary Sawyer’s shot was deflected by former Pilgrim Tom Flanagan.

The Pilgrims’ players’ claims for handball were brushed aside by referee Graham Salisbury – who had awarded a somewhat dubious penalty against Ryan Edwards when Argyle played at Southend in January – allowing Sunderland breathing room to go and get a late second through George Honeyman.

Derek said: “We probably should have had a penalty in the second half when, one, maybe two, hands were put up in the air. At 1-0, that might have given us a bit of belief.

“I didn’t see it, but the players said he put two hands in the air and the ball hit them. The shot was certainly going in. It was a strong claim from our players.”