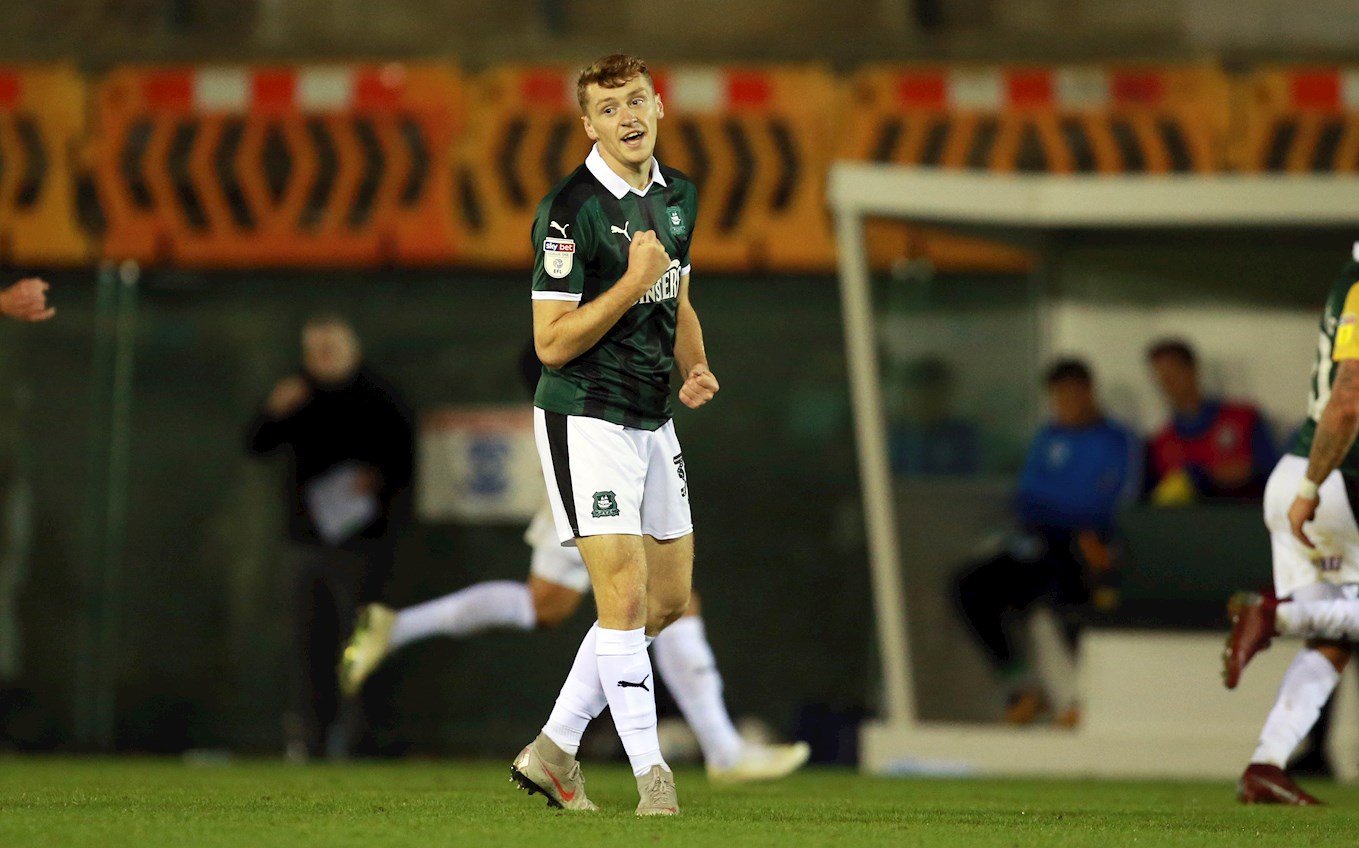 ARGYLE manager Derek Adams is delighted to see the next crop of talented youngsters begin to break into the Pilgrims’ first-team picture, and he believes Luke Jephcott’s recent call-up to the Wales under-19 squad will enhance his development even further.

“He’s got another call-up for the under-19 squad. He’s been part of the Central League, Premier League Cup and the first-team squad, so he’s had an opportunity to experience some games in the first-team,” said Derek on Jephcott, a graduate of the Argyle academy system.

“It’s up to him now to kick on, push on, and score some goals in the Central League, and obviously perform when he goes away with Wales to keep him pushing ahead. At this moment in time, it’s good progress for him.”

Jephcott has surprised everyone involved with the club in his rapid ascent to first-team status this season, and he made his first-team debut at the age of 18 in Argyle’s 3-2 defeat to Burton Albion earlier in the campaign.

Since then, ‘Jephers’ has featured in the squad a further 17 times, starting twice, in the 2-1 win away at Rochdale and the 3-0 defeat at home to Accrington the following week, and making a further six substitute appearances.

This is exactly what manager Derek Adams would like to see from his development squad, particularly given his role as Head of Football, overseeing the academy and development, as well as the first-team.

“He’s progressing well, he’s been able to get some minutes under his belt, and he’s ready now to push for first-team action.”