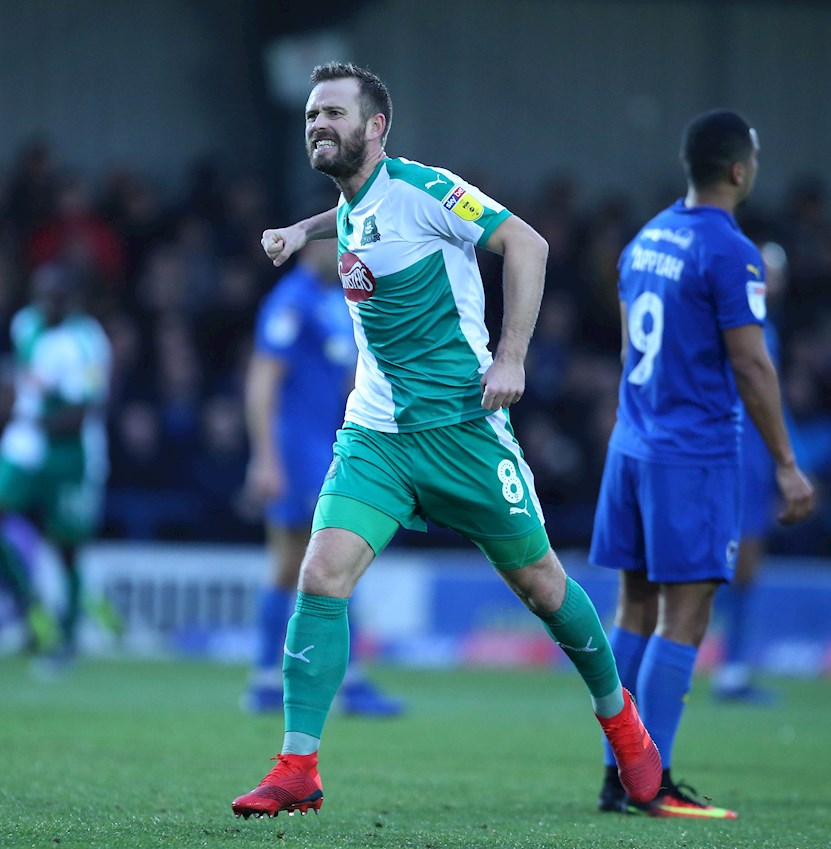 Results on the Road

In their last away fixture, the travelling Greens succumbed to two late goals in a narrow defeat at Fleetwood, and Foxy thinks his colleagues are desperate to achieve better results away from home comforts.

“We’ve had some good results away from home, but I don’t think there’s been that level of performance to go with the results,” said Fox. “There’s been times where we’ve not done ourselves justice away from home. That’s frustrating because we prepare well.

“I know people talk about the long distances, but it’s been the same since the club started, so we can’t use that as an excuse. It’s frustrating because we travel in good numbers and want to put on a good performance. We’ve got four or five away games left, and we need to pick up points in those games, so we’ve got to sort it out before the end of the season.”

The Greens’ remaining away games are all long-distance affairs. Next up, Argyle return to the Fylde coast to face off against one of Fox’s former clubs, Blackpool.

“Fleetwood was very disappointing in terms of the performance and result,” he said. “Hopefully, we’re a lot better at Blackpool because we know we need to pick up points away from home. There’s a lot of long trips coming at the end of the season.”

For David personally, though, he has set himself a target of finding the net in Sky Bet League One before the end of the campaign, having bagged what is perhaps Argyle’s goal of the season on Boxing Day at Wimbledon.

“I do feel a goal is coming, but it’s not the be-all-and-end-all,” said Fox. “I was happiest with the assist against Shrewsbury, but I do need to chip in and help the team more.

“I do feel like one’s coming. Certainly, at home, I feel like I’m due one because a lot of the game is played up near their goal, and I get the opportunity to be a lot nearer. I feel it’s coming and hopefully it’ll be a good one.”