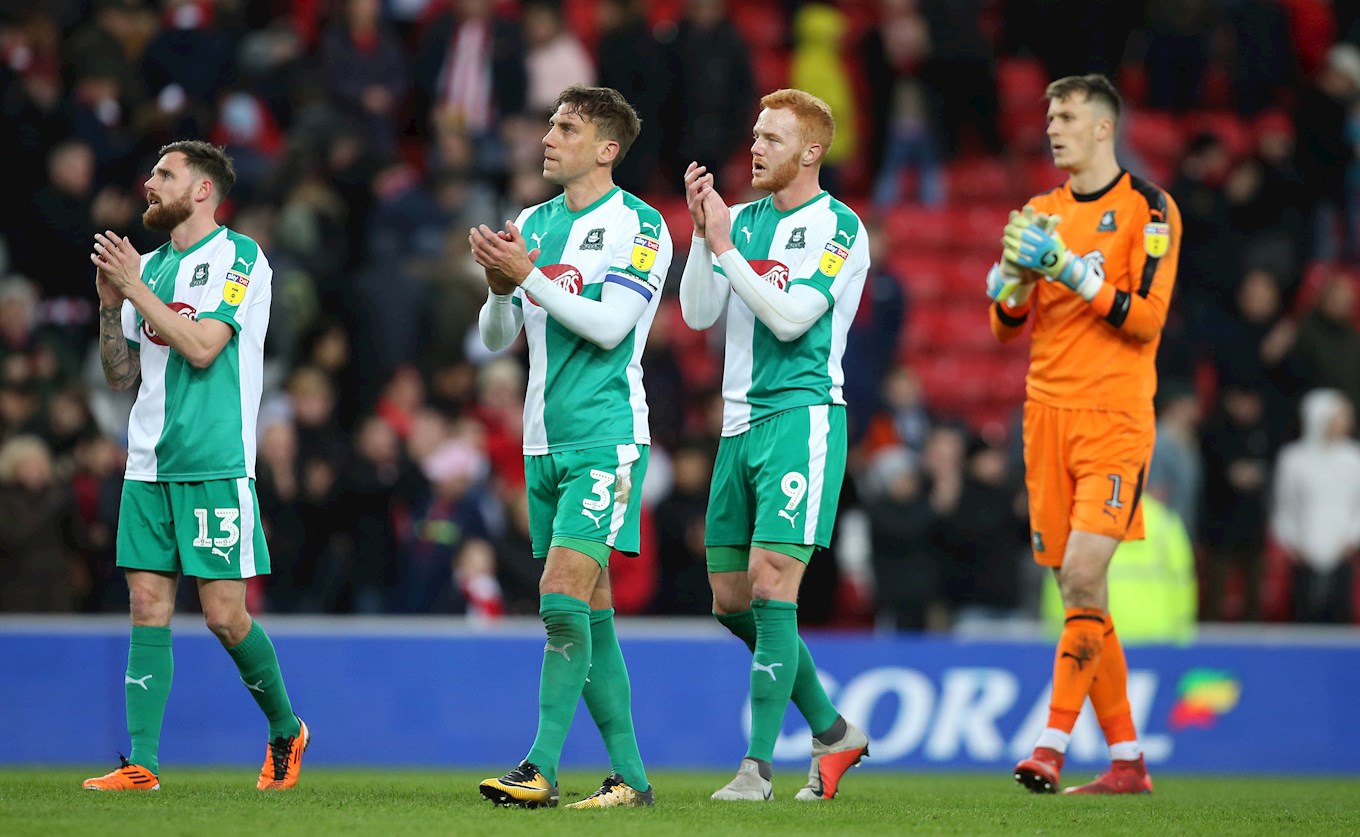 Rub of the Green

PILGRIMS’ forward Paul Anderson believes that Argyle gave a good account of themselves in their 2-0 Sky Bet League One defeat at Sunderland on Saturday.

Argyle fell behind midway through the first-half, after failing to clear their lines following a succession of Sunderland crosses. Argyle dominated large spells in the second period without scoring, before George Honeyman’s 85th minute strike put the game beyond doubt. According to Anderson, the squad were disappointed that they couldn’t convert their dominance into a crucial equaliser.

“We’re a little bit disappointed in there [the dressing room],” said Anderson. “We could’ve maybe given ourselves a bit better of a chance.

“I think second-half we came out there, played some alright stuff, put it to them a little bit and if we’d have the rub of the green, at the right time, it would’ve been a completely different game. Unfortunately, the second goal at the end killed us.”

Argyle perhaps should have had a penalty at the peak of their dominance, when skipper Gary Sawyer’s mazy run and shot from the edge of the area appeared to be handled by Tom Flanagan. Despite fierce Pilgrim protests, referee Graham Salisbury allowed play to continue.

“With the hand-ball, perhaps it was a penalty, and, if it wasn’t a hand-ball, it was probably going in from Gaz,” said Anderson. “Sometimes you get the rub of the green, and sometimes you don’t. Unfortunately, I think it was a bit against us.

“It’s always nice at whatever level you play at to play in nice stadiums, and big crowds. That’s what we all want to do in our career.

“I’ve been very fortunate in my career to play in front of big crowds and I don’t think it gets the better of you.

“I think that maybe, because of who they are and what they’re doing, we gave them a little bit too much respect in the first-half, but I thought we gave a great account of ourselves in the second-half.”