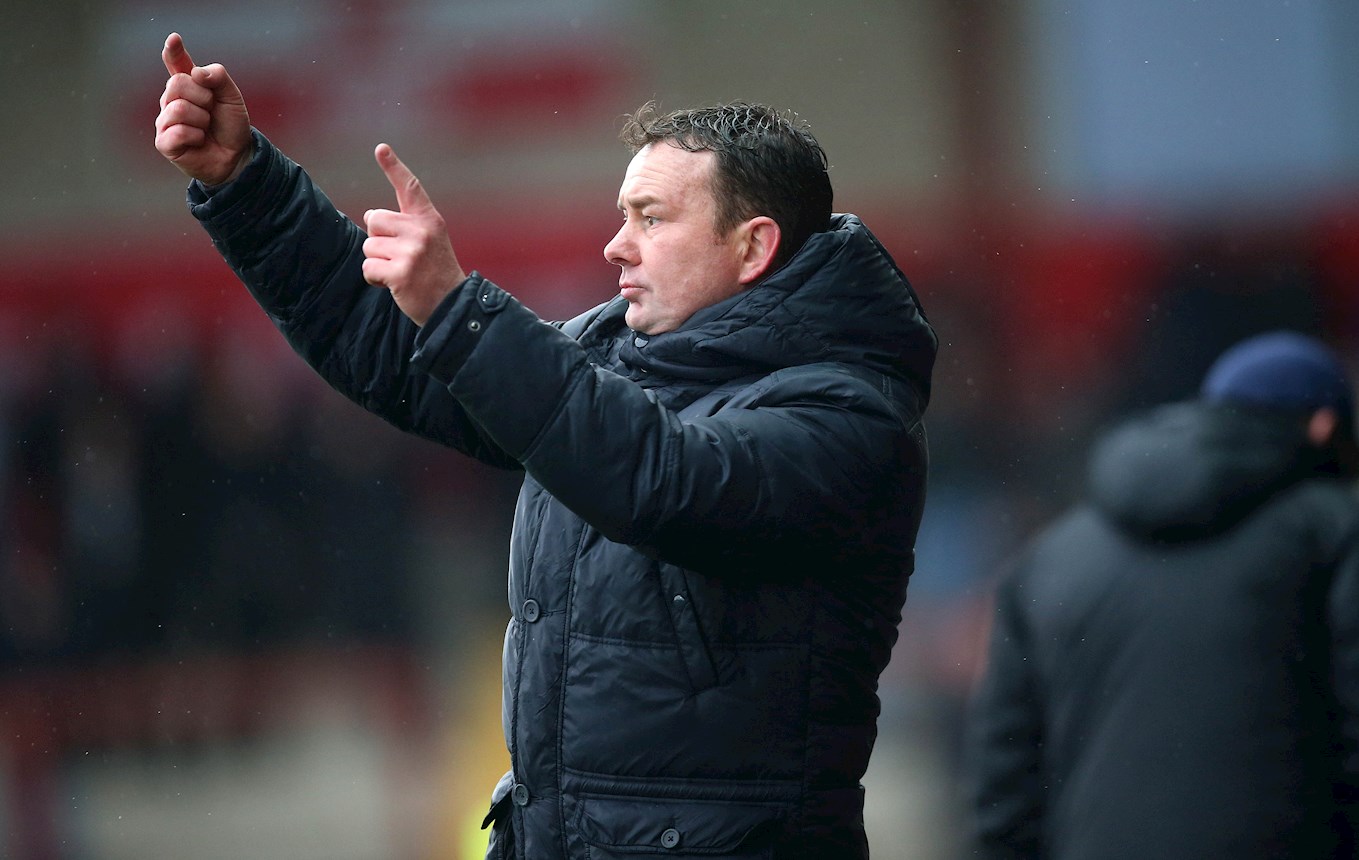 Ruined by the Wind

ARGYLE manager Derek Adams believes that Saturday’s game against Fleetwood Town should not have gone ahead – not because the pitch wasn’t suitable, but because it’s not much fun for the supporters.

“I’ve been in worse but, with the wind, it does spoil it as a spectacle,” said Derek. “I don’t think it’s fair for the supporters in the stadium to sit freezing, on a cold, wet day, when they could get it on a better day. That wasn’t the referee’s fault, that’s the way it is, but don’t tell me that the people sitting in the stands enjoyed that, because I don’t think they did.”

Swirling winds and sideways rain pounded all four sides of the Highbury Stadium before, during and after the Sky Bet League One fixture, and it made for extremely difficult playing conditions on the Fylde coast. That said, the Pilgrims gaffer was at pains to point out that he was not using it as an excuse for a disappointing result.

“The wind was all over the place, and I don’t think football should be played at this time of year, in these conditions,” he said. “That’s not taking anything away from the result, it’s a spectator sport, we’re in an entertainment business, there’s no way it was entertainment today. It was a poor football match, that’s my view.”

Argyle now turn their attention to a big Westcountry derby against Argyle legend Graham Coughlan’s Bristol Rovers at Home Park next Saturday. While the Pilgrims still sit in the top-half of the Sky Bet League One table, in 12th, there are only three points separating them and the relegation places, and just one point between them and the Gas.

“We’ve dealt well with the important games, we beat Shrewsbury the other night, convincingly, but today, for a variety of reasons, we’ve not been able to get the result today,” said Derek.

“We’re in a league that is extremely tight, we’re still in the same position after all the results today, so we go to the game against Bristol Rovers on Saturday. It’s extremely tight, it’s excitement for everyone.”