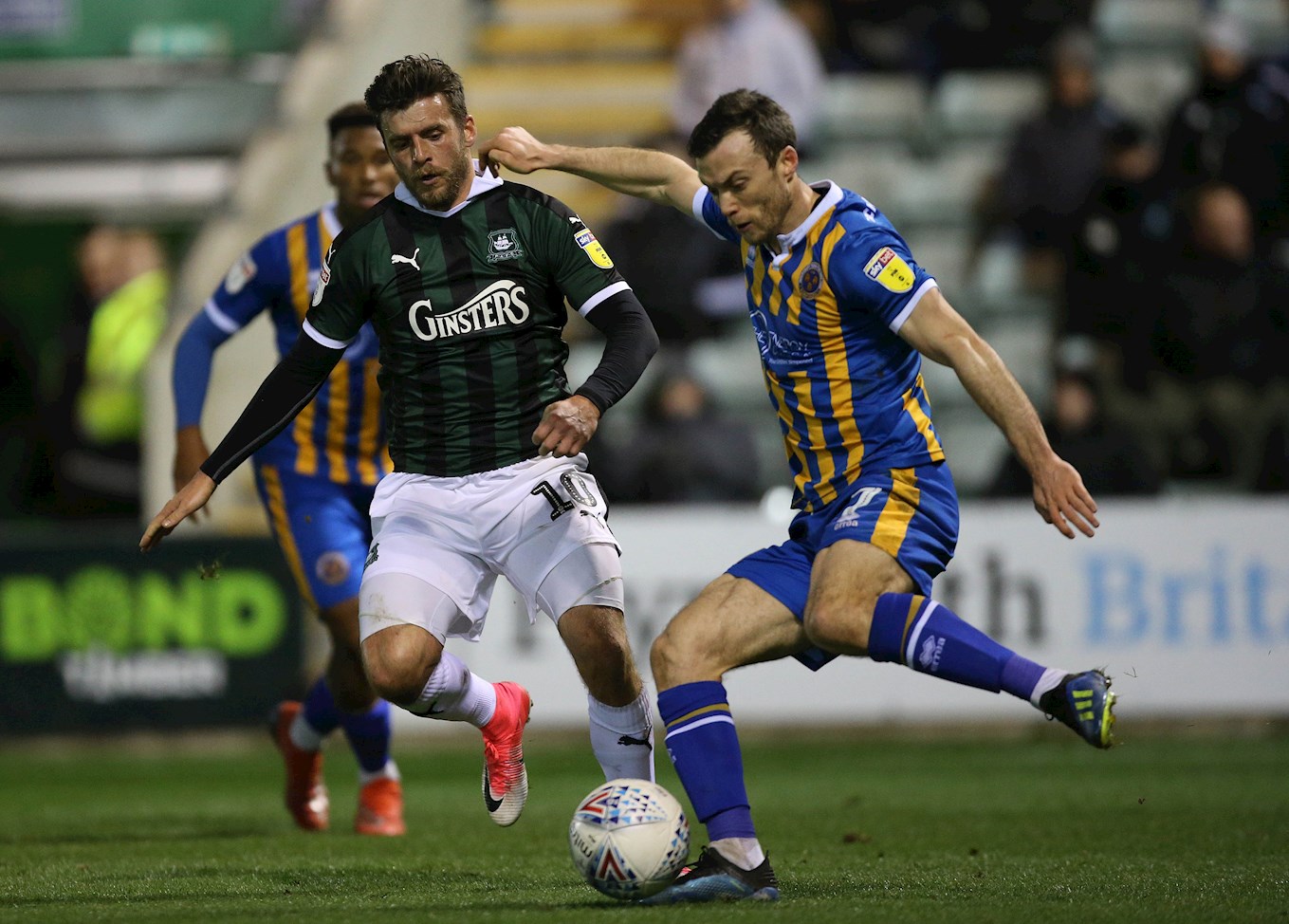 ARGYLE manager Derek Adams is focused on ensuring that the Pilgrims clock up enough points to be certain of Sky Bet League One survival as soon as possible.

The Greens might have improved their position exponentially since the turn of the year, rising to a season-high of 12th after Tuesday’s last-gasp win over Shrewsbury, but the tightness of the division leaves Derek knowing that avoid relegation is not a foregone conclusion just yet.

“Anywhere from 11th, all the way down, I think that there’s still the opportunity for teams to get dragged into it,” said Derek. “We’ve been able to get a gap between ourselves and the bottom three, and I think that that’s important.

“We’ve just got to pick up as many points as possible, to provide ourselves with safety at the start, and then to see how high up we could finish in the league table. We’ve put ourselves in a much better position, but it’s still extremely tight.”

Argyle’s ability to climb from rock-bottom on Boxing Day to the top-half of the table in under three months is testament not only to the performances of a resurgent Pilgrims’ side, but also how quickly things can change in League One. Derek is keen to make that clear to his players, in order to avoid any elements of complacency creeping in during a thick-and-fast run-in.

“We’ve obviously got the nine games left, and the Easter period where we play a couple of games over that weekend,” he said. “We play four games in the space of seven or eight days, so it will come around quite quickly towards the end.

“It’s a tight league, there’s a lot of teams in it and a lot of teams that thought, a number of games ago, ‘we’re fine, we’re away from the relegation zone’, but not now. We know how many points we’ve got to get to get to safety, and then we’ll go from there.”

Historical evidence suggests that, generally, a little over 50 points is generally enough to secure survival. Following that logic, Argyle may need only two more wins from their remaining nine games to reach that landmark.

However, with the gap to the relegation zone being only five points, it’s possible that more may be required. Either way, Argyle will be keen to smash through the 50-point barrier on to bigger and better things, and Derek hasn’t quite ruled out an unlikely, but not impossible play-off charge.

“You never say never, because we have shown in the past that we can catch the teams above us, but we will have to go on a very good run. I’d say we’d have to win seven out of our nine games to do that,” he said.

“We’re obviously two wins away from getting to that figure [50+ points], and then we obviously take it from there, but we’ve got to get there first. Three wins would surely put us in the league for next year.

“It is important that we’re in League One as a minimum, and we finish as high as we possibly can.”