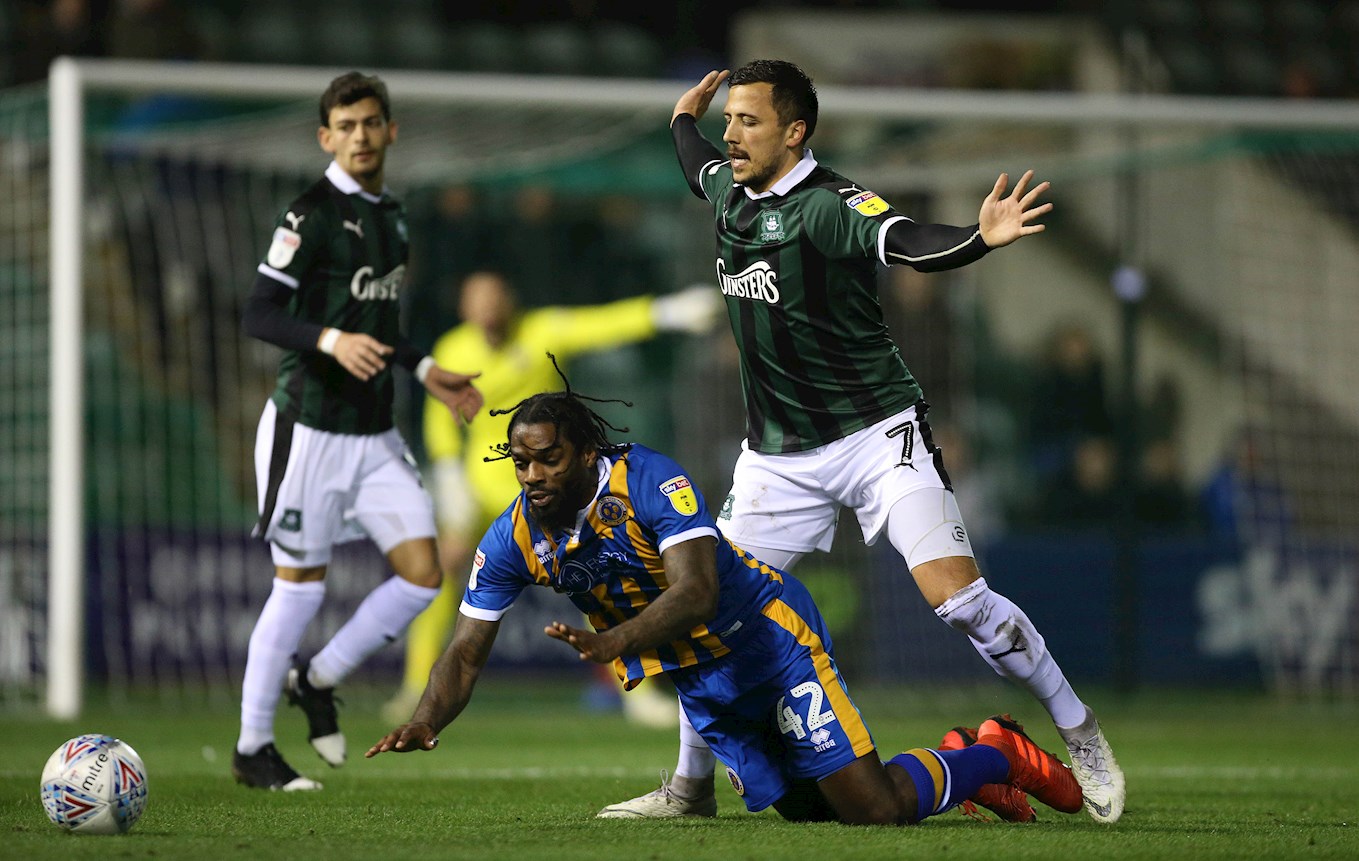 RETURNING Argyle midfielder Antoni Sarcevic hailed Tuesday night’s win over his former club Shrewsbury Town as one the Pilgrims richly deserved, despite needing a late penalty from Graham Carey to secure the 2-1 triumph.

We have now distanced ourselves from Shrewsbury at the foot of Sky Bet League One table and, in truth, the 2-1 victory should have been far more comfortable, at least it seemed that way after Freddie Ladapo fired Argyle into an eighth-minute lead.

We were, however, made to pay for our inability to kill the game off, when former Pilgrim Ollie Norburn tucked home the rebound after Matt Macey had saved his spot-kick.

Sarce, back from a two-game suspension, said that he and his team-mates were in no doubt that Graham Carey would convert a penalty of his own in the 89th minute in front of what was a nervous Home Park crowd after Ruben Lameiras was felled in the box

“G was a bit nervous but he has that in his locker,” said Sarce. “We all had a lot of confidence in him and he stuck the penalty away well. He said the most nervous he felt at a penalty was Crawley away when we got promoted.“

Clearly the Pilgrims were close to gaining only a point for their efforts, a result that Sarce feels could have hurt the boys moving forward.

He said: “I don’t even want to think about that. [If it had ended a draw], that would have been a nasty one to take for the boys because in the first half we should have been a couple more goals up. I think we all could have had two each before half time. “

The former Town player says all we can do now is look ahead, and that is exactly what he will do as another of his former employers, Fleetwood Town on the weekend, are in his sights.

“I don’t want to be disrespectful to Shrewsbury but I do look forward to Fleetwood,” said Sarce.

“I still have a lot of friends there, still speak to a lot of people but, as soon as we get on the pitch, I hope we beat them. If we beat them, we almost catch them. It feels like seven seasons in one, just that sort of year, we have to keep going.”