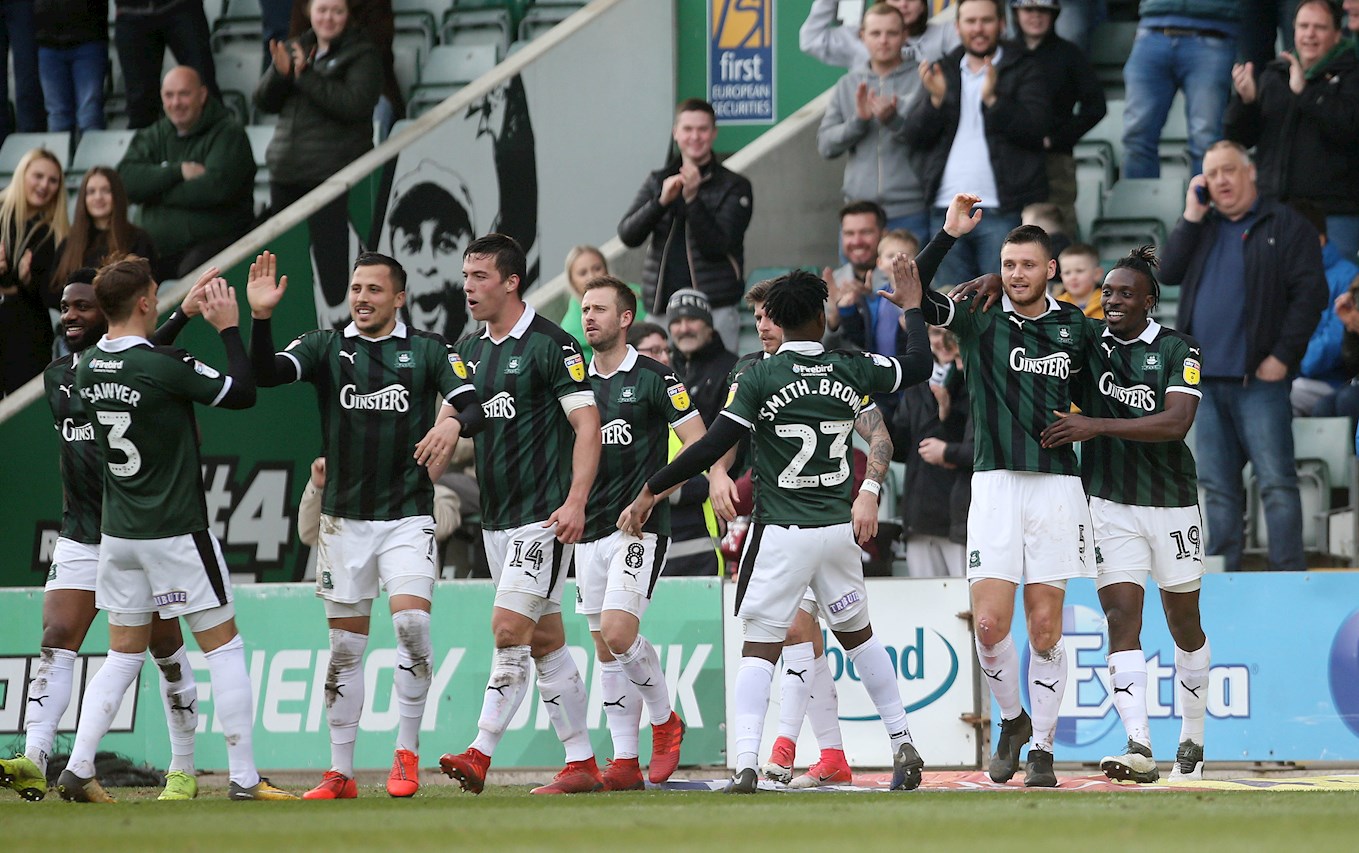 ARGYLE may be significant underdogs for Saturday’s Sky Bet League One clash away at Sunderland, but skipper Gary Sawyer believes that confidence within the camp has never been higher.

“The whole season can swing with confidence,” said Gary. “We weren’t overly confident in the early games, through this and that, and that’s what happens in football. Unfortunately, we dropped to the bottom of the league. It’s great to see the boys are confident with a bit of a spring in their step.”

Much has been made of Argyle’s Jekyll and Hyde campaigns over the last two seasons – where the Greens have started slowly, only to evidence league-leading form towards the second-half of the campaign. While comparisons between this season and the last are understandable, Gary believes that it is largely coincidental.

“It’s been really good form from us recently, and we needed it,” said Gary. “There isn’t any blueprint for it, if there was, we’d have done it from the first game. It’s just clicked at the right time, really, and the boys are in good spirits, good form, and looking forward to each game.”

There is perhaps no better indicator of current confidence than Saturday’s 5-1 thumping of Rochdale at Home Park, which Gary believes was one of their least stressful match-days this season.

“It was one of the most comfortable, the boys put them to the sword a little bit,” said Gary. “It could’ve been more, had we taken our chances in the first-half. It was a great performance, gets us another three points. It’s nice when you can score five goals, that’s big at this level.”

One of those first-half chances fell for Gary himself. Although not known for his goalscoring, he timed his left-footed half-volley sweetly, and was only denied his first goal of the season by a superb reaction save from Andy Lonergan in the Dale goal.

“I did miss one, which is a bit unfortunate. I’m not known for my scoring, so I’ll just take the three points,” he said.

As one of the more senior members of the Greens’ playing squad, Sawyer takes his lack of goalscoring light-heartedly. Something he shares with experienced midfielder David Fox, with whom Sawyer holds an annual wager over who can score the most. Foxy is currently winning with a solitary goal, scored from the best-part of 40-yards at AFC Wimbledon on Boxing Day.

“He’s one-up, so I haven’t mentioned it,” joked Gary. “We mentioned it at the start of the season, but we haven’t been the most free-scoring, me and him, so we’ll leave it to the younger boys.”