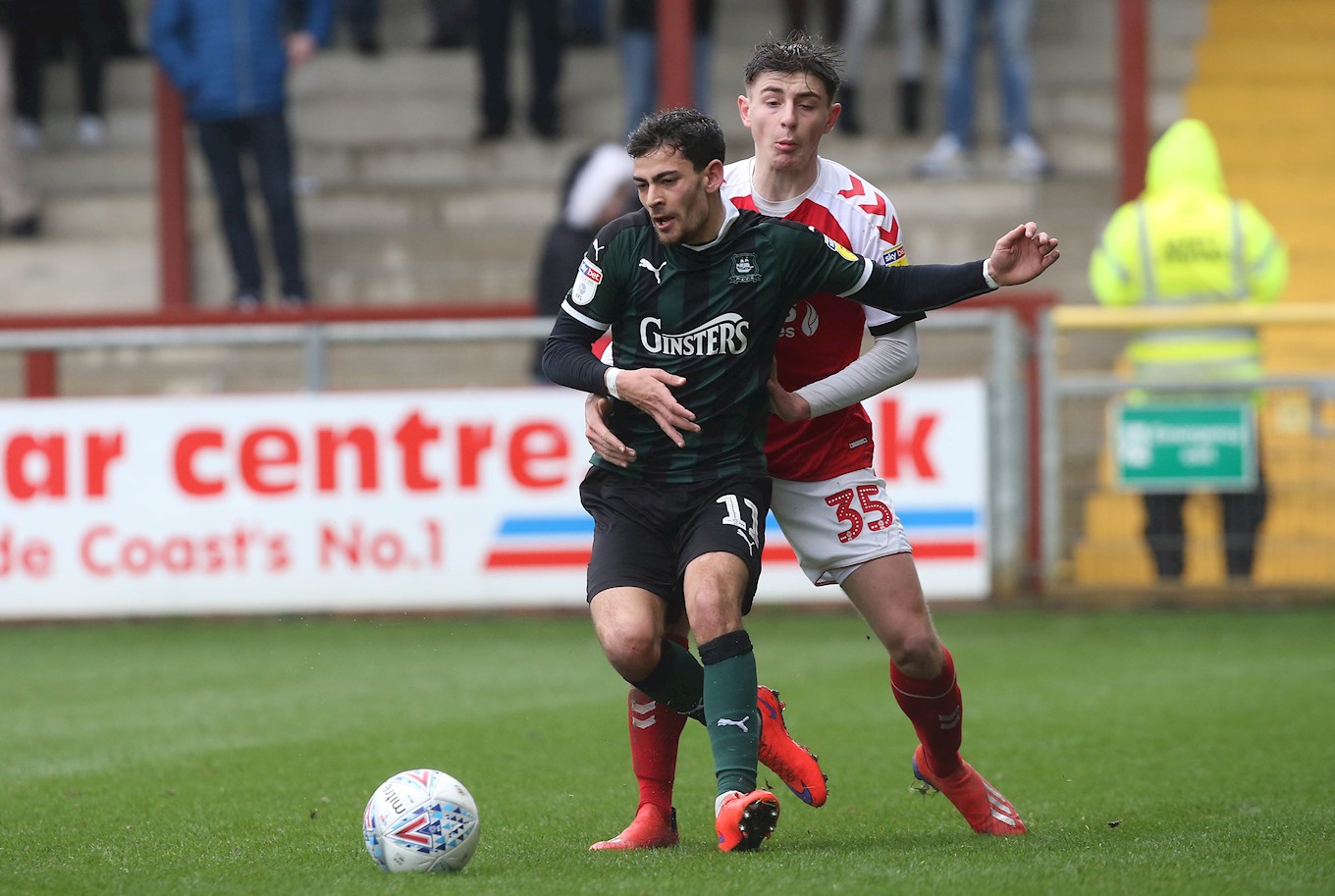 ARGYLE manager Derek Adams was disappointed the Pilgrims could not create clear-cut chances from some of their better spells in Saturday’s game of fine margins against Fleetwood.

There was very little between the two teams for much of the game, but the hosts were able to create, and convert, the only goalscoring opportunities in the final fifteen minutes to claim all three points.

“We had ourselves in very good positions at times without finding that finish. In the first-half we were a lot better, I don’t think we played very well in the second-half.”

The terrible conditions didn’t make for a great spectacle on the Fylde coast, and it looked as though the game was going to peter out for a stalemate, until Paddy Madden sprung the off-side trap to lay in Jason Holt for the easiest of finishes. Meanwhile, Argyle’s flair players struggled to impact the game. Derek believes that, ultimately, the difference between the two sides was the impact of each side’s creative talent.

“They’re difficult players to play against, [Wes] Burns, [Ched] Evans and [Paddy] Madden; later on in the second-half, they got a bit of space, and when they got that, they were able to get the two goals.”

Meanwhile, despite their best efforts, the usually dangerous trio of Graham Carey, Freddie Ladapo and Ruben Lameiras endured a frustrating afternoon in wet and windy Lancashire.

“They haven’t scored and haven’t created chances, so it would suggest that the two players in the same position on the opposite side, Burns and Madden, did better than ours,” said Derek.

“That’s what you need, that’s why you’re in the position there, to create goals and score. We allowed far too much space for Fleetwood to get down the side of us.”