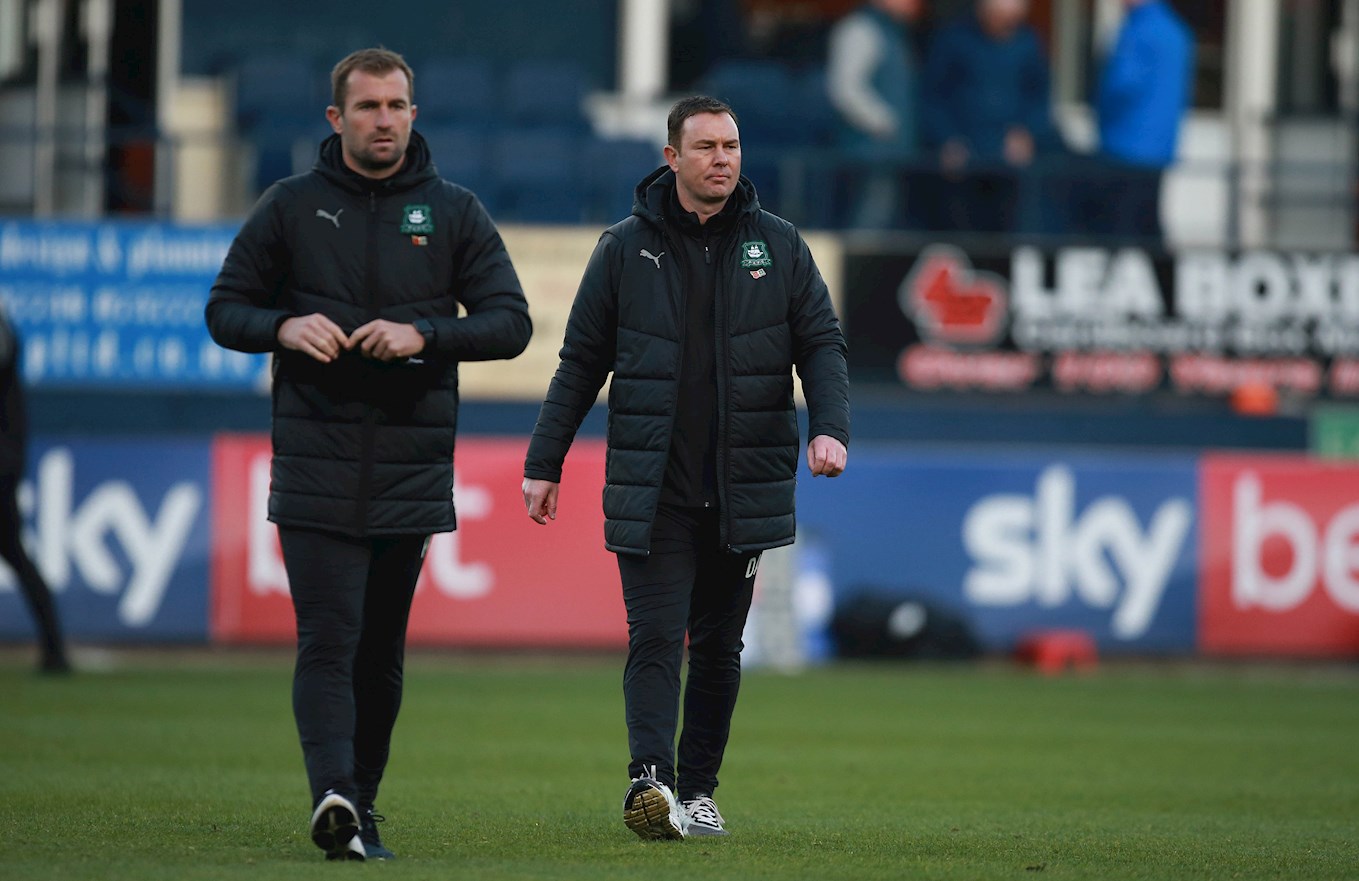 ARGYLE manager Derek Adams has got a lot of respect for the job that Luton manager Mick Harford is doing at the Bedfordshire club, but believes his players are capable of bringing an end to the Hatters’ 22-game unbeaten run.

“Mick’s a really nice guy, and he’s been able to take things on to the next level with Luton,” said Derek. “He’s been able to put a run of results together, they haven’t been defeated for a good number of months now, which tells you how well he has done.”

Harford initially took temporary charge at Kenilworth Road following manager Nathan Jones’ departure for Stoke. At the time, many pundits were tipping the wheels to fall off the Luton promotion bandwagon, but club legend Mick’s tenure has been incredibly successful thus far, which led to the club’s board extending his management to the end of the season.

“You look at Nathan, he’s struggled when he’s gone to Stoke, Mick’s taken over and seriously taken things on. He’s been great for Luton Town football club, and he’s a big figure there.

“They’ve had a right go at it, recruited to try and get into the play-off positions or above. That’s why they’re there, if you look at the talent that they’ve got throughout their squad, and on their bench, that’s why they’re top of the league.

“We had a big game last week, away to Sunderland, 30,000 supporters there, riding high up the table. This week’s no different with Luton Town, who have done really well this season to get themselves into the number one position.”

Argyle will have their work cut out in battling a Luton team with an unbeaten run that stretches back even further than the sides’ last meeting, in which Argyle were not at their best in a 5-1 defeat. Derek knows what to expect from the Hatters and believes that his players are capable of halting Luton’s charge on Saturday.

“We tried last week against Sunderland to try and defeat them at home, but we weren’t able to do that,” he said. “We’d like to try and do that against Luton. They’re a very good side, and we have to play the way we have done, over recent weeks, to get the win that we need.

“We obviously have to limit them to not many opportunities on goal. We’ve got to play in a way where we’re going to create chances. We’ve done that ever so well, recently, where we’ve been able to score goals and win football matches.

“We’ve competed well, at times this year, against the top sides. We’ll have to do likewise on Saturday. The players are in a good place, and ready to go.”