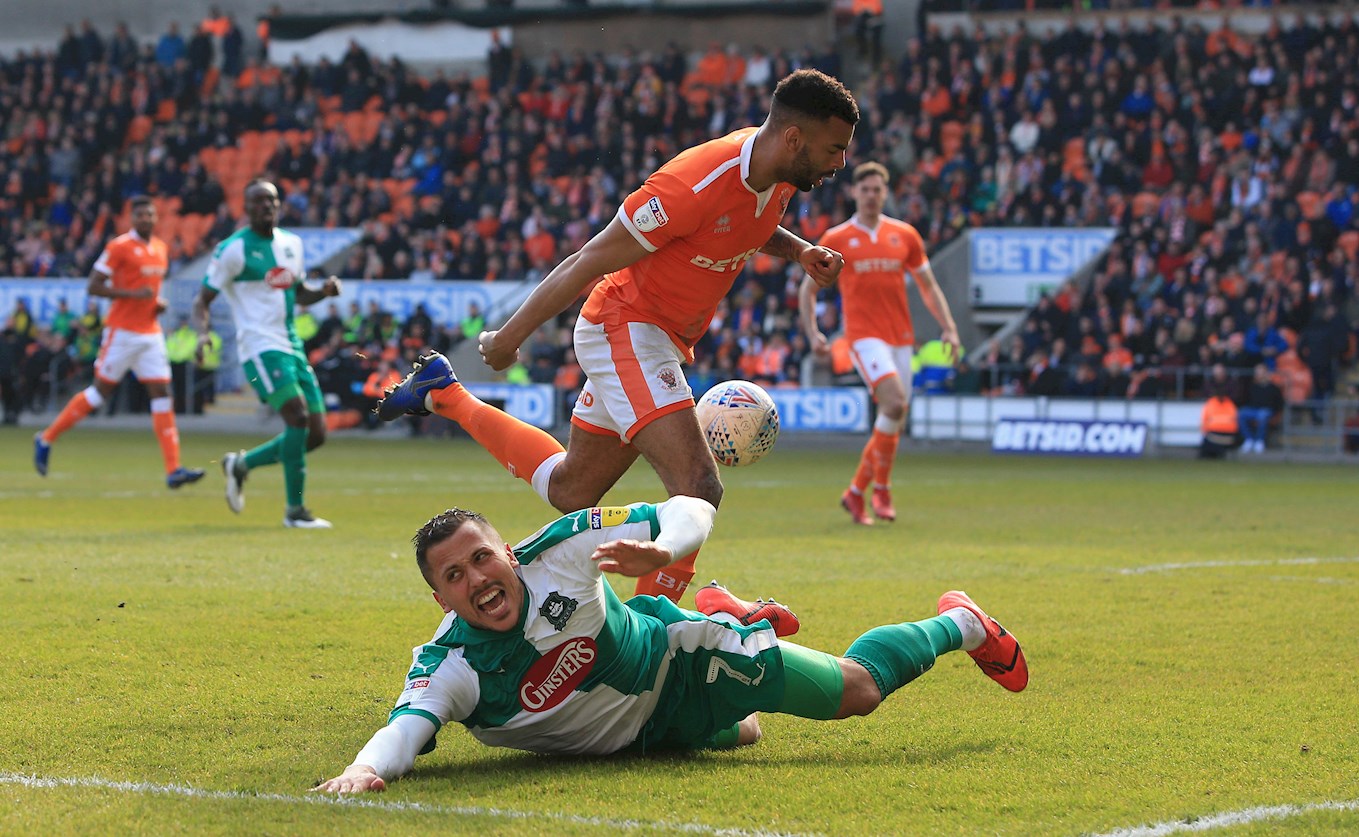 Value of the Army

Derek’s team has six more games to play this season, including three at Home Park, where they are on an eight-game unbeaten streak. Victory in any one off those matches – against Charlton, Barnsley and Scunthorpe – would surely guarantee League One football again in 2019-20.

The Pilgrims came up against a passionate and loud home support when they drew 2-2 at Blackpool on Saturday, a factor that Derek felt helped the home side come back from 2-0 down to earn a point with a late equaliser.

He knows he can rely on the Green Army to provide the same intimidating backing at the Theatre of Greens.

He said: “The Blackpool fans helped their team immensely with the atmosphere in the stadium. It has happened a few times recently where they have sucked the ball into the back of the net for them – that’s what they did today.

“The Green Army were here and were terrific for us. Unfortunately, there were a lot more Blackpool fans here and they created a very good atmosphere for their team, and that is what is required. That’s what the Argyle fans give us.

“We’ve added a point to our total today. We feel we should have had three points but the great travelling support that we had here saw a very good Argyle performance.”

It was the second game in succession that Argyle had seen victory snatched from them by an injury-time leveller after a similar story at home to Bristol Rovers seven days earlier.

“We’ve lost four points in the last two games from wining positions,” said Derek. “That sometimes happens, but we’ve put ourselves in that winning position and we’ve competed well with a team that is sitting eighth in the league.”