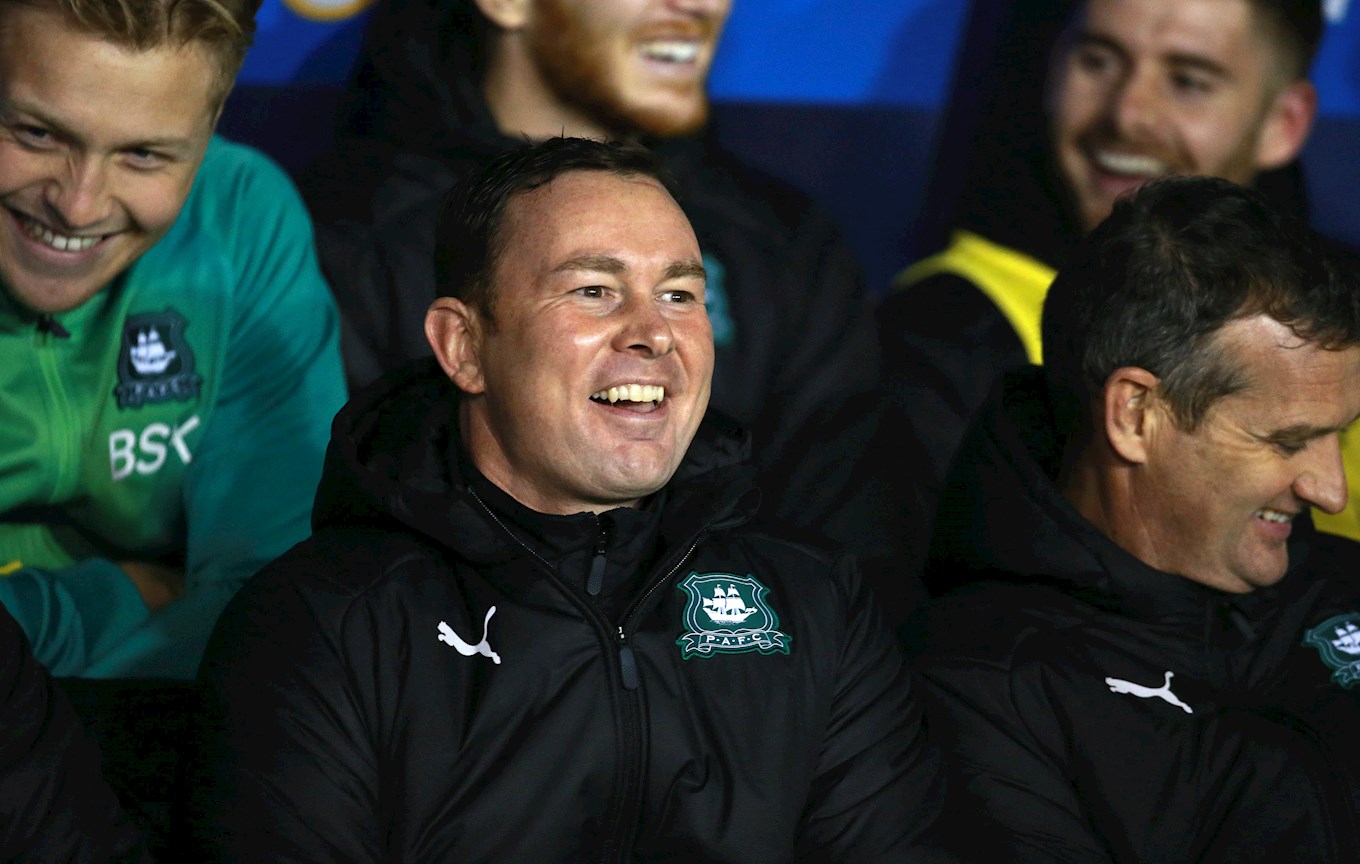 ARGYLE manager Derek Adams recognises the need to keep picking up points due to the tightly packed nature of the Sky Bet League One table, as we welcome Shrewsbury Town to Home Park tonight.

Just a handful of points separate Oxford United in 21st (39) and Wycombe Wanderers in 12th (44). The Pilgrims now have the chance to register four points from a Home Park double-header, having already picked up one in the goalless draw against Luton Town on Saturday.

Derek said: “It is extremely tight, that’s why I always say, wait until the last six games of the season because there is nothing between a lot of the teams down the bottom. There are only five points between so many teams and, at this stage of the season, wins are vital. We will be going all out to get that [tonight].“

Derek says that his side fell way below the usually high standards when we visited Shropshire in November, in the first fixture between the two sides, with Shrewsbury running out 2-0 winners that night.

“We went up there on a Tuesday night and it was probably our worst performance of the season,” said Derek. “We have improved vastly since that time, performed really well since New Year and picked up a lot of valuable wins.“

Four points out of a possible six would represent a positive outcome for the Pilgrims on the back of two challenging fixtures, against Sunderland and table-toppers Luton Town.

“The last two games were always going to be very difficult, we have come out of it well, with a point,” said Derek. We have come out it with only two goals of a difference, we performed well in the two games but we haven’t been able to get the better of them.

“I think with a win [tonight] we would be able to catch a couple of teams above us and put us in a much better position than we were already in.”