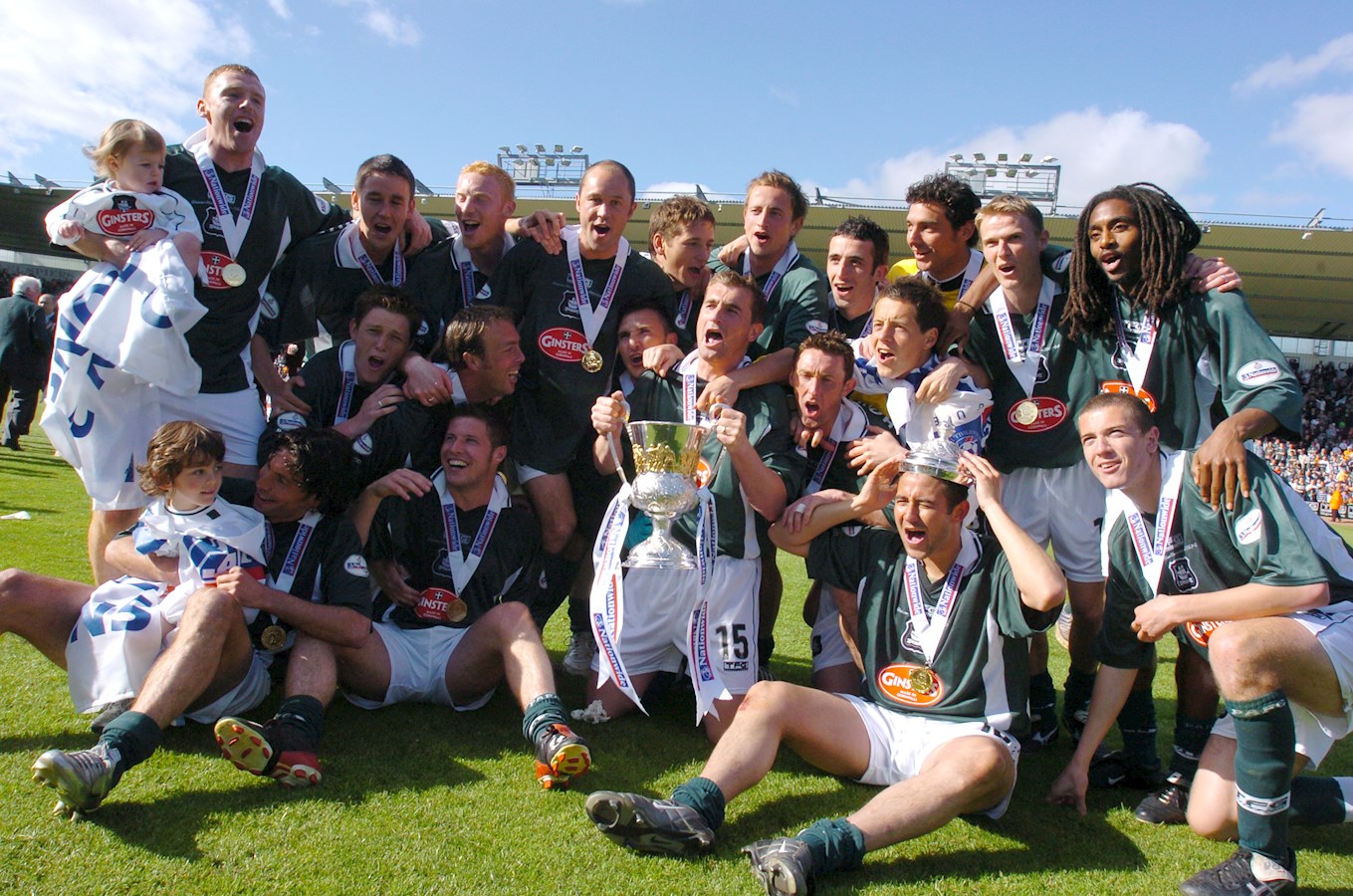 THERE are many narrative threads running through Saturday’s crucial Sky Bet League One clash against Bristol Rovers at Home Park. Recent form for both teams has seen the immediate threat of relegation dampened somewhat, but neither side are quite out of the woods yet, and victory this weekend will go a long way to securing League One status for one of the two teams at full-time.

Eyes may well be cast upon the league table as the Westcountry derby unfolds, but the two dug-outs at Home Park will surely play host to a sideshow of their own, as the legendary former Argyle centre-back duo of Paul Wotton and Graham Coughlan will take to the stage as adversaries.

Despite not being bosom buddies off the field, Wottsy and Cocko forged a formidable and unbeatable partnership at the heart of the Argyle defence in the early noughties, under the stewardship of Paul Sturrock. Wotton, as green-blooded as they come, rose through the ranks of Argyle’s Academy set-up to become one of the Greens’ all-time heroes, while Irishman Coughlan became one of many imports from north of Hadrian’s Wall, joining from Livingston as Sturrock masterminded a Pilgrimage up the Football League.

It could be argued that, as players, both men enjoyed their most successful periods while playing together, and the club benefited from one of its most memorable eras as a result. During their time together, the pair secured the Division Three title with a record-breaking 102-point haul, conceding just 28 league goals in 46 games.

Coughlan, despite being a defender, ended the season as top-scorer with 11 league goals, earning the Pilgrims’ Player of the Year award in the process. Not to be outstripped, though, Wottsy won it the following year. In 2003-4, they were at it again, winning Division Two with a total of 90 points, accumulating an incredible 21 clean sheets in the process.

In Wotton’s decorated 491 game-career for the Pilgrims, he played 176 times alongside Coughlan, with only fellow Pilgrim legends Mickey Evans (222) and Romain Larrieu (185) accompanying him into battle more times in Argyle colours.

It is little wonder, then, that these two men see their post-playing careers also following a similar trajectory. Towards the end of their time on the pitch, both were awarded player-coach contracts, as their respective clubs saw their self-evident leadership qualities as assets off the field, as well as on.

The first to retire from playing was Coughlan who joined Luggy’s backroom staff at Southend, working his way up to Assistant Manager, before a change in management at Roots Hall saw him leave the club. Not out of work for long, Cocko became number two at Bristol Rovers, before getting his first-time crack at management due to Darrell Clarke’s sacking before Christmas. Meanwhile, Wotton has benefited from the tutelage of another canny Scot, Argyle’s Head of Football Derek Adams, and has worked his way up to the position of Assistant Manager as he plots his path into the world of football management.

Wotton and Coughlan are both leaders of men, with characters and competitive streaks to match. Perhaps that’s why, when they were teammates, we experienced one of the most successful eras Argyle fans have ever known.

On Saturday, they will be rivals - and that is a mouth-watering prospect.