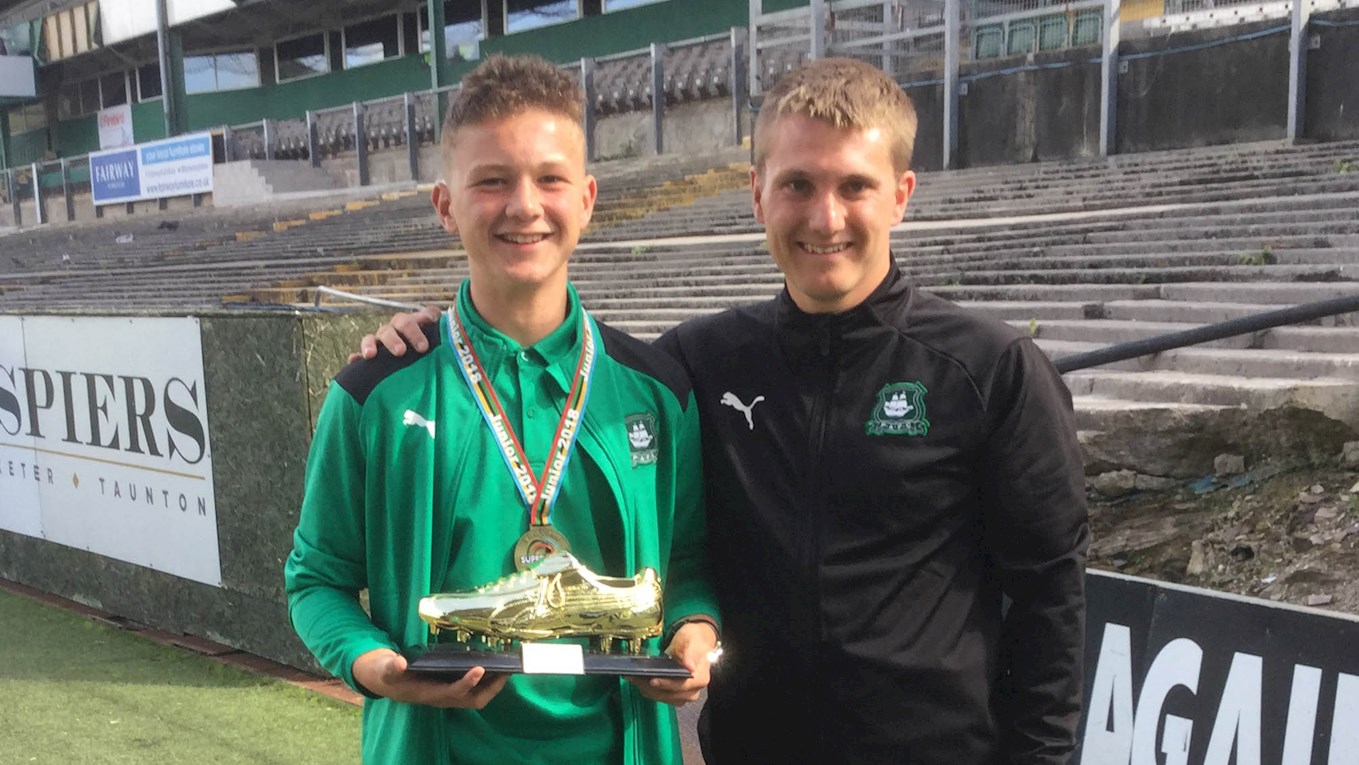 PLANNING is well underway for the Pilgrims’ Academy annual adventure to the STATsports Super Cup, formerly the Milk Cup, in Northern Ireland.

The group will fly out from Bristol on Saturday, July 27 and play three group games in Northern Ireland. They will then play two further games in a compass draw – in which the Pilgrims’ opponents will be matched up against them based on how they fared in the earlier round.

This year’s Pilgrims follow in the footsteps of a successful campaign last time out. Last year’s young Pilgrims won the Vase competition with striker Oscar Massey winning the Golden Boot. Massey is available to travel and he, if included, has a target of six goals to beat last season's tally.

The Truro-based striker is one of seven youngsters who were part of last year's successful squad that could travel to Argyle's Portrush base.

The squad will include a mixture of under 13s, 14s and eligible 15s – which is a unique approach taken by Argyle, compared with many of their competitors, who tend to choose older boys to make up their squad.

They will be, once again, based at Prospect House in Portrush. The team will arrive at their hotel on Saturday afternoon and will have training sessions the same day and Sunday before taking part in the traditional parade through Coleraine to the opening ceremony at the Coleraine Showground.

They begin their group matches with a game against Northern Irish side County Londonderry, before a game against an unknown quantity in Chilean side O'Higgins on Tuesday. Perhaps the hardest game will be against Arsenal on Wednesday, who enter the competition for the first-time.

Manager Phil Stokes is once again enthused by the prospect of competing in the prestigious tournament, which he rates “as one of the best world-wide youth tournaments.”

Some of Europe’s most prestigious teams including Valencia, Manchester United, Rangers, Celtic and Newcastle United will take on some of Northern Ireland’s finest across the three age groups. Stokes is aware that the squad will be tested in their group games.

“County Londonderry beat Manchester United and Rangers last season,” said Stokes. “O'Higgins will be a physical test and challenge for our young players, while Arsenal are a Category One Academy and will be technically outstanding.”

The build-up has seen the youngsters participating in four days of intense training, which included a two-day tournament at Millfield School on Thursday and Friday, April 18 and 19.

Argyle won the tournament, beating Yeovil under-15s in the final, albeit it on penalties, after a heavy schedule of playing nine group games, which lasted 30 minutes each, in 48 hours.

“Preparations have gone well so far, and we've been impressed with the younger players’ technical ability throughout the training and matches,” said Phil.

“The squad at present involves a range of under-12s and under-15s, and will be reduced when we return to training next month.”