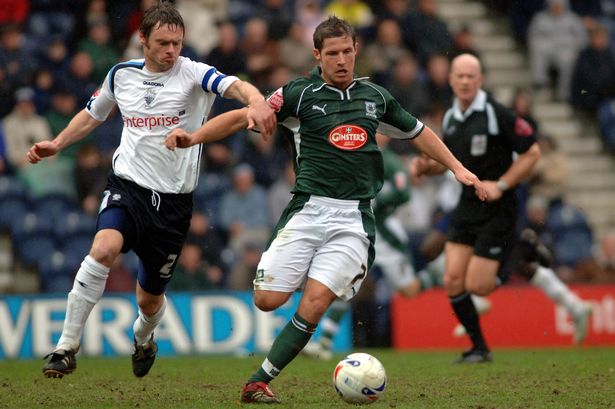 OUR half time guest for today’s crucial game against Scunthorpe United will be midfield dynamo David Norris.

Norris, affectionately known by the fans as ‘Chuck’, arrived on loan from Bolton in 2002 and scored the winning goal away to Crewe in a 1-0 victory.

Manager Paul Sturrock later signed him permanently and he was pivotal in the club securing two promotions in three seasons. He was named player of the season in 2006. In total, Norris made over 200 appearances as a Pilgrim before moving to Ipswich in 2008.

The Argyle ladies teams will also appear on the pitch to show off their endeavours from the season. The first-team won the Westward Developments Devon Senior Women’s cup, beating Buckland Athletic 3-2 in the final.

Argyle are almost at full strength, only Becky Dandridge is ruled out. Amber Pollock is a doubt having suffered a foot injury against Coventry and has to be assessed before the match. Zoe Cunningham though is available after suffering a two-match suspension.