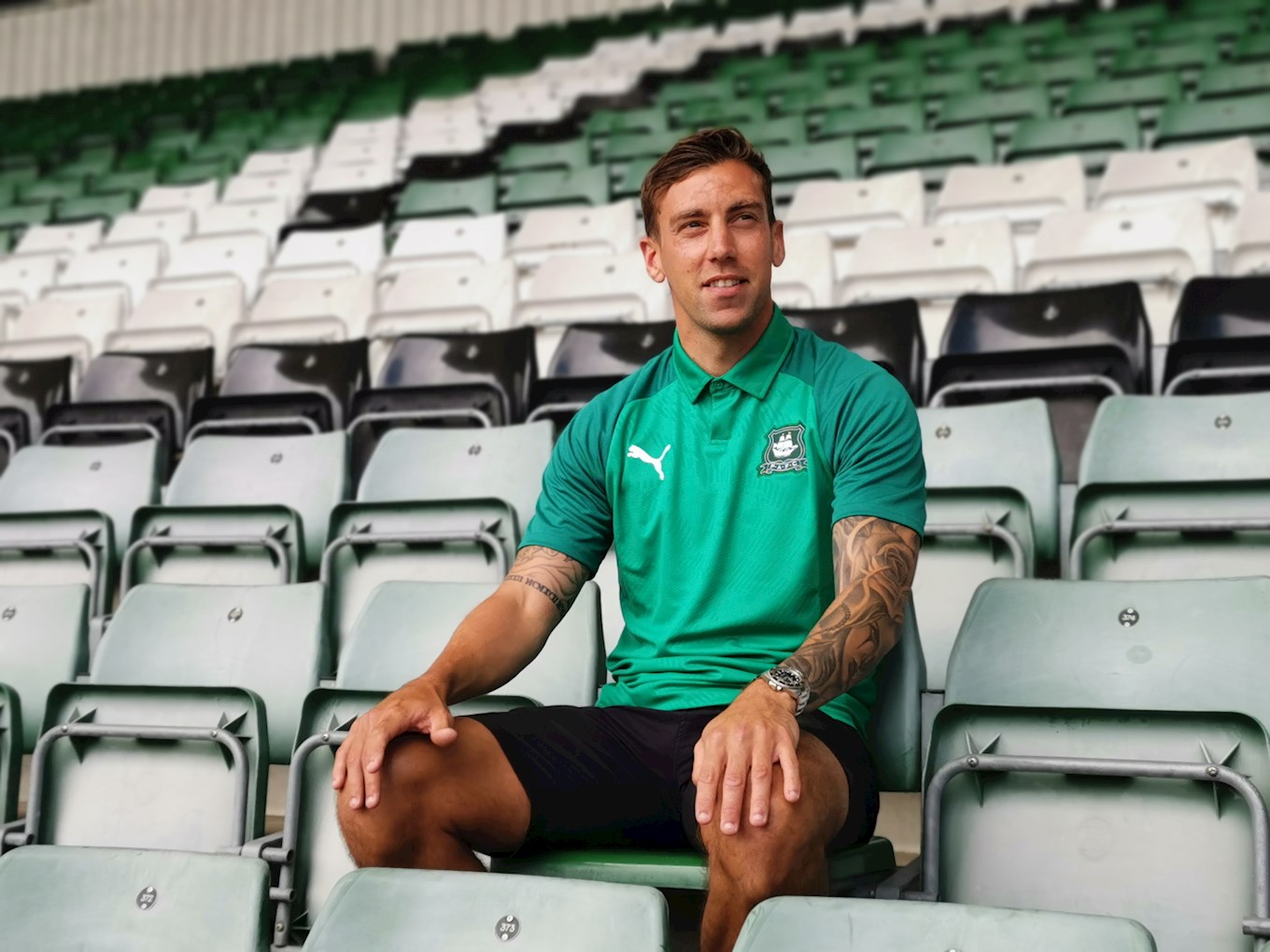 The 2019-20 season will mark 13 years since Gary made his Pilgrims debut, as a substitute in a 1-0 Championship win over Colchester United in 2006. Since then, the left-back has made a further 248 appearances in Green, ranking him 36th on the all-time list.

The 33-year-old graduated from the Home Park youth set-up at the turn of the millennium, but his footballing education continued with loan spells at fellow South West sides Weymouth and Exeter City. While turning out for Argyle’s Devon rivals, Sawyer was a part of the defensive unit that shut Manchester United out at Old Trafford in a famous FA Cup draw.

After being handed his debut by Ian Holloway, Sawyer made more than 100 appearances for Argyle before departing to join Bristol City on loan in 2010. That summer, upon leaving Argyle, he signed permanently the Robins’ cross-town rivals, Bristol Rovers.

Three years at Leyton Orient followed, before Derek Adams made Gaz his first Argyle signing, reuniting him with the Green Army in the summer of 2015.

Since then, the Pilgrims’ stalwart has gone on to captain the Greens, and last season he recovered from a broken foot early in the season to make 33 league appearances.

You can hear Gary talk about his decision to remain a Pilgrim and his hopes for the future here.